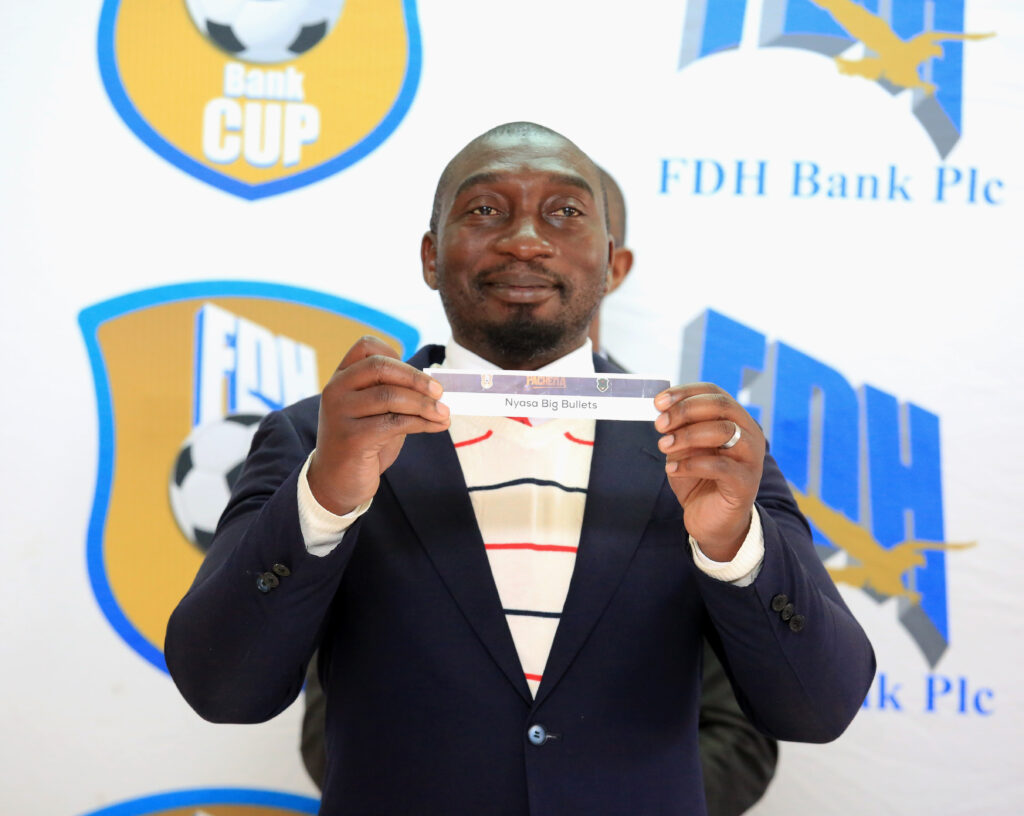 Nyasa Big Bullets senior team will face Sable Farming while the junior side, Bullets Reserves, will take on Mighty Tigers in the round-of-32 of this year’s FDH Bank Cup.

This was revealed during a draw conducted on Thursday at the Football Association of Malawi offices at Mpira Village in Blantyre.

The Blantyre based giants were one of the eight teams seeded as they finished in the top eight of last season’s top flight football.

They are now set to face a top flight opponent in the competition since it’s inception last year after they played Bullets Reserves in the first match.

Sable Farming have been drawn as the home team, meaning Kalisto Pasuwa’s men will have to travel for the fixture.

This will be the first meeting between the two sides in cup competitions and a second following their maiden encounter in the TNM Super League.

Sable, who are third from bottom of the league table, are newcomers in elite football following their promotion into the Super League this year.

In its inaugural year, Bullets were knocked out of the competition by Silver Strikers on penalties in the quarter-finals.

Meanwhile, our junior team will be away to Mighty Tigers and this will also be the first time for the two teams to square off in a knockout competition.

Bullets Reserves will be hoping to make some strides in the competition having failed to advance to the Round of 16 after they lost to their senior team 5-4 on penalties following a 1-1 result in regulation time.

Enos Chatama’s side will then play the winner between Red Lions and Zomba Airbase if they pass through this stage.

The round-of-32 campaign kicks off on 2 July with K25 million at stake.

Extreme FC vs The Boys