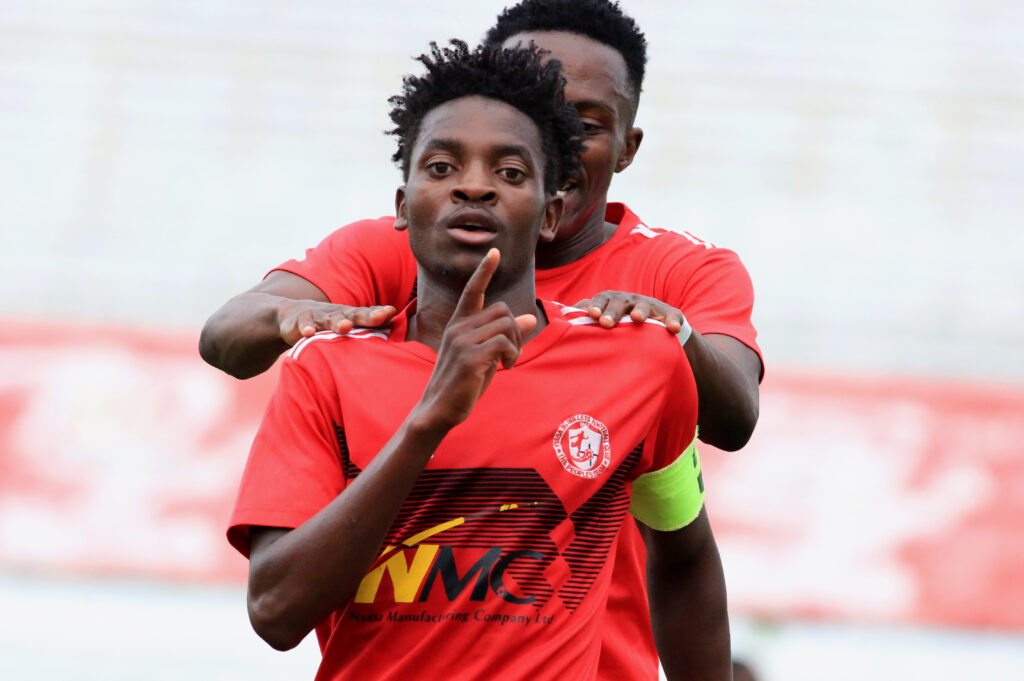 The result sees our youngsters through to the semi-finals with a 5-2 victory on aggregate as they won the first leg in Balaka 2-0. They will now proceed to face Changalume Barracks who beat Fomo FC to reach the last four.

Alex Tsamba, who had been animated in his runs throughout the tie, was presented with several goal-scoring opportunities but squandered one after another to deny us from getting in front early in the game.

After having several let-offs early in the game, the visitors reorganized themselves into a steadier side in terms of balance to turn the one-sided tie into a cagey one as action now began to swing end to end.

Eventually, just after the half-hour mark, what had been keeping the visitors together broke apart as Wongani Kaponya, with his left foot, struck a swift low shot past the visitors’ goalkeeper Bester Phiri, who was once the guardian of Mighty Wanderers’ sticks, to hand us the breakthrough that had seemed to be coming.

Despite getting in front, Bullets Reserves looked off the boil at times, although we claimed large possession of the ball, we seemed to be lacking a definite purpose with it.  To fix that up the interim coach Swadick Sanudi threw Chimwemwe Yassin into the action and withdrew youngster Rafiq Ndeule. Although the prolific creative midfielder added something to our side, the case of the tie did not change until the half-time break arrived.

The duo of Felix Demakude and Lyton Chinong’one, who missed the first leg in Balaka through suspension, started on the bench in the return leg but were brought in after the break and instantly produced ripple effects in the match we lacked fluidity to find penetration.

Our garnered steam did not last long though as, against the run of play, the Zomba-based outfit levelled things up in the 56th minute through Shadreck Sapaluwa, who capitalized on a heavy-weighted back-pass from Tsamba to his center-back Happy Mphepo who was unable to receive it.

We showed the feathers of true champions when we replied a minute later through our captain Mologeni, who thumbed a low strike from a tight angle to beat Phiri and re-establish the lead for us.

The match looked like it was about to take a dramatic turn when the visitors, for the second time, levelled things up through their centre-back Kelvin Chirambo, who was left unmarked in the area to produce a strike our goalie Joel Ngwira could have done little to save it.

When the tie looked set to end in a two-all draw, the scorer of the visitors’ second equalizer turned from hero to zero when he clumsily brought down Chikumbutso Salima in the box even though he did not pose much threat with his run. The referee, Alfred Kamphanthengo, was left with no choice but to award us the penalty the captain coolly converted to give us the winner while completing his brace on the day.

The 5-2 victory on aggregate sends the defending champions to play against Changalume Barracks in the semi-finals of this year’s ThumbsUp SRFA League. Their opponents in the semis got the better of the Mulanje-based outfit Fomo FC to reach the last four.

It was a mixed performance from the defending champions, who left it late to defeat Prison United. They will head into the semis proud of the chances they have been creating but they will also be gutted at how they are easily being opened up at the back to concede avoidable goals. All the two goals they conceded Thursday afternoon were a result of suicidal mistakes in the defensive area.

This uncharacteristic trait though will serve as a timely alarm as our youngsters get into more critical stages of this competition.

“The scoreline reads differently but it was a game in which we created so many chances but I think our attitude failed us at times. Nonetheless, a win is a win; we are looking forward to playing in the semi-final with a much-improved performance. We are to play Changalume Barracks in the semis and I expect a physical and tactical game as it has been on the two occasions we have faced them in the group stages.  We will take the positives we have shown in this game into the semis.”

Before the tie-breaker against Changalume, the defending champions may well be on the road this weekend down to the Lower Shire where they are set to face Nsanje United in the semis of the Nyasa Capital Finance Cup.