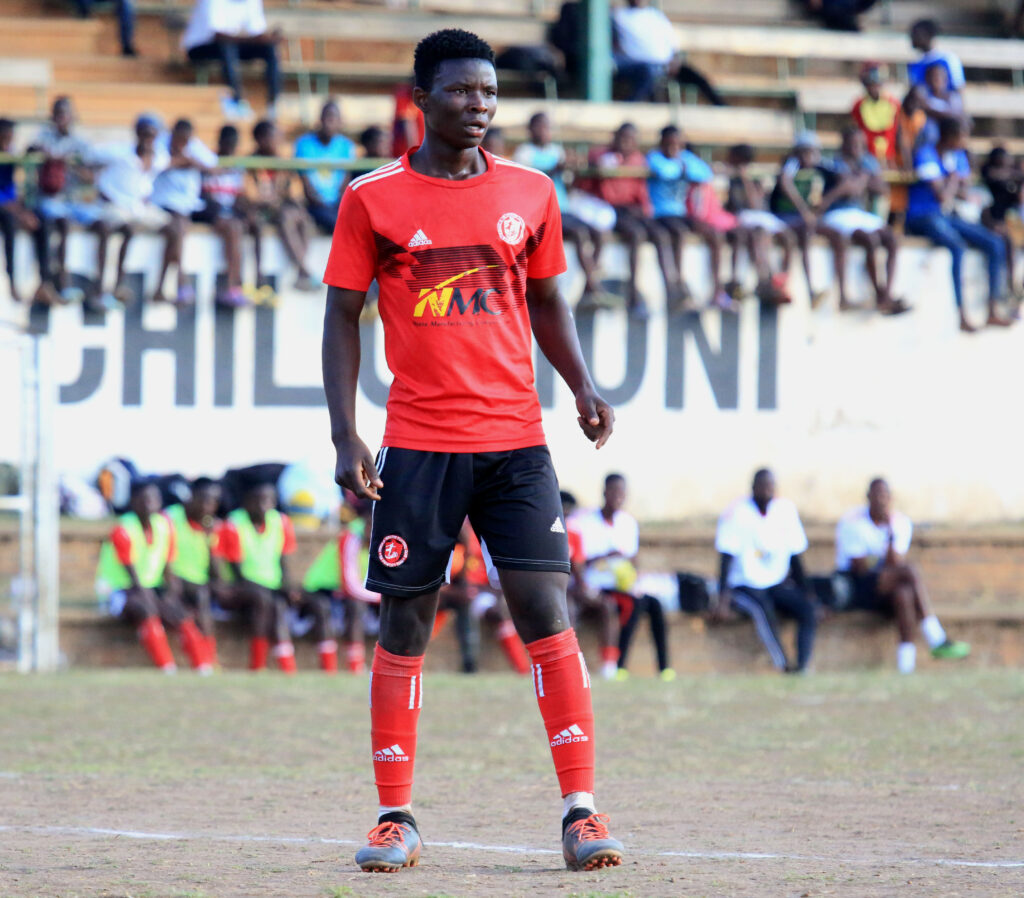 On their return to the ThumbsUp Southern Region Football League action, Nyasa Big Bullets Reserves registered a vital narrow 0-1 win over Immigration FC at the Chilomoni Stadium on Saturday.

Useni Assan’s strike in the 31st minute proved to be the only difference in the tightly contested match played six days after the youngsters dumped TNM Super League side, Blue Eagles, out of the FDH Bank Cup.

Following the win, Enos Chatama’s boys, who sit third in the Group 2 standings of the SRFL, have closed the gap on both the second-placed MDF Marine and the new group leaders Changalume Barracks to one point.

Immigration and Bullets Reserves, two positions apart, kicked off the tie separated by eight points and for larger parts of it they fought tightly.

In their last game, Immigration suffered a 1-2 home defeat at the hands of Changalume Barracks last weekend, but in the opening minutes of the match against Bullets, they were bubbling with confidence and managed to see much of the ball as they looked comfortable going forward.

With five of Chatama’s key players missing through injuries, the youngsters lacked fluidity and rhythm in their play inside the first half hour of the game. Regardless of that, Assani put Bullets Reserves in front immediately after the half-hour mark.

The 17-year-old forward, who was handed a rare start, received the ball inside the box and with sheer composure managed to get past his marker before unleashing a fine low finish into the bottom corner.

With two minutes to go before halftime, the boys could have doubled our lead had Chrispine Mapemba’s well-hit free kick went past Vincent Mdoka, the hosts’ goalie, instead of grazing the cross-bar.  Although the hosts threatened to fight back, the end of the first half story came with us in front

Unlike the way we started the first half, young Bullets were off to a scintillating start after the interval. Inside the first ten minutes, we had already registered three fierce shots at goal but we were unlucky to double our lead.

Midway through the second half, the tempo of the game lowered as both teams looked no threat to one another.  It was towards the end of the game when the hosts nearly levelled things up after some communication breakdown between our goalie Maxwell Makopa and the defenders.

It was a huge let-off when the Immigration forward fired wide, squandering what was their best chance in the game.

Very late in the game, there were some nervy moments for us at the back but we had to show zeal and zest to hang on to our lead to secure a vital win over Immigration in the end.

No Salima and Saviel, no problem

With our star duo, Emmanuel Saviel and Chikumbutso Salima, missing in action due to injuries they picked in last weekend’s huge win in the FDH Bank Cup, there were fears before the match that our youngsters might lack the edge away at Immigration.

The pair has already contributed 21 goals so far in this league campaign. However, their absence was made not to be felt as the input of those who stepped up on the day managed to put up a match-winning performance.

The much-changed Bullets Reserves were a different monster in their 14th league match at the Chilomoni Stadium as they tactically outclassed Immigration to condemn them to their 7th defeat in this league campaign.

The result means that our youngsters have completed home and away wins over Immigration whom they demolished 4-1 in the first round. Most significantly, the win has moved them up to the second position.

With 34 points from 14 games, Bullets Reserves are now just a point behind the second-placed MDF Marine, who have played two games more, and the new Group 2 leaders, Changalume Barracks, who have played a game more than us.

What the coach said

After witnessing his side register a hard-fought win over Immigration, Chatama told club media that the win was “a good result”.

“It was a tough game. I think it is a good result. We never wanted more goals, all we wanted was three points. We were playing in unfavourable conditions; this pitch was not good for our playing style. All in all, we are happy we got all three points. 0-1, we are still keeping clean sheets. We have only conceded a single goal in the past seven games, it’s good for the team.”

What will follow for Nyasa Big Bullets Reserves after this tie is a trip to Mchinji where they will play a Mozambican side, Villa FC in the quarter-finals of the Aubrey Dimba Trophy.