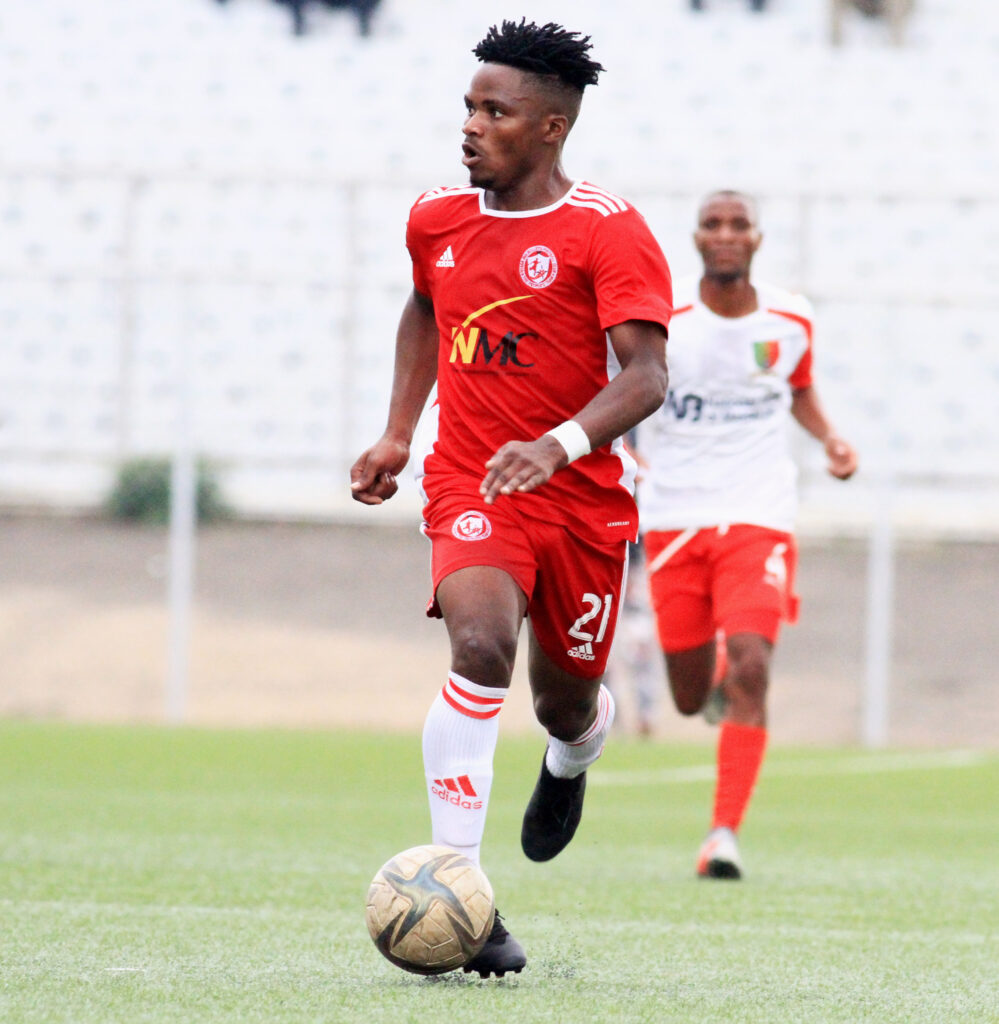 Thirteen months ago, Antony Mfune was handed a debut for Nyasa Big Bullets on a day they were up against Moyale Barracks at the Mzuzu Stadium.

When Bullets signed the pint-sized forward from Karonga United, they were confident they had signed a player capable of steering the team to more success.

Upon signing Mfune, Bullets’ head coach Kalisto Pasuwa had labelled him “a player with many qualities, a perfect number 9”.

However, on his first appearance while in the red and white colours of The People’s Team, the forward did not meet the expectations many had from him. The much-hyped signing, who always impressed against Bullets during his days at Karonga, was simply below par on that afternoon away in Mzuzu and Pasuwa took him off.

Mfune, after a debut to forget, struggled to settle at Bullets. As good as he was at his previous club, he was somehow even failing to make it into the match-day squad and if he did, he often sat out on the bench.

Stiff competition from Hassan Kajoke, Zicco Mkanda, Bright Munthali and Chiukepo Msowoya made him more of a fringe player with fewer hopes of breaking into The People’s Team.

The coming of Babatunde Adepoju from Mighty Mukuru Wanderers only made matters worse for the striker, who surely was made to be sceptical about his future at the club.

“I felt bad to the extent of regretting why I signed for Bullets because I was a top performer at Karonga United,” Mfune recalled when talking to the club media.

Time elapsed and the season pelted down with Bullets still unable to get the best out of the highly-rated new signing.

Amidst his struggle to break into the starting XI, Mfune returned to his home district, Karonga, where he spent a considerable time that many were made to suggest that he had taken French leave, with rumours that he had terminated the contract he signed with Bullets.

“The reason why I went home was that I wasn’t in the right state of mind,” he opened up.

Yes, the forward overly spent some time up in the North than expected that when he finally returned to Blantyre, it looked to many like a re-signing of the forward.

His return came when the forward reached a different realization on how to break into the team now that he has become a regular, featuring in all competitions including the TNM Super League, FDH Bank Cup and the CAF Champions League.

“Before signing for Bullets, I had an idea of how challenging it is to play for this biggest club in Malawi. At Karonga, we played without any pressure, but here supporters demand results and there is no room for laxity because, with one mistake, you are out. I knew that the only way for me to play for this team was to work extra hard and focus on why I was signed and I knew it was just a matter of time before I earn my coach’s trust.”

Fast forward to date, Mfune is now enjoying game time which he has been struggling to get for so long at Bullets.

The forward is not just enjoying game time. To avoid an understatement, Mfune is now enjoying fruitful game time. In less than ten appearances he has made in all competitions between August and September, the Bullets no.21 has scored six goals and provided three assists.

Known for his killer instincts in front of goal, Mfune has somehow found himself a favourite opponent in Mighty Mukuru Wanderers – something he is being loved for by the Bullets faithful.

Mfune has had more goals scored against Wanderers than against any other team. During his days at Karonga United and now at Bullets.

This year alone, on two different occasions, he has scored twice against the Nomads.

He first haunted them when he scored with his first touch during Bullets’ 2-1 win over their bitter rivals in the first round of this TNM Super League campaign.

And last Saturday, in the semifinal of the FDH Bank Cup, the forward was in a beast mode as he tormented the Nomads and reaped them apart with a goal and an assist to inspire Bullets to a 4-0 Blantyre derby win which secured their place in the final of the competition. The Man of the Match award Mfune received on Saturday justified how magnificent he was against the Nomads.

“It’s not as if I like enjoying scoring against Wanderers, but I am a player who is learning and improving every day, so on that day, I had to help my team beat Wanderers so that we progress to the final. Yes, I was happy to score against Wanderers, after all, it’s a dream of every player to leave his mark on a big game like the Blantyre derby.”

Last month Mfune celebrated his first-ever hat-trick when Bullets thrashed TN Stars 8-0 at the Kamuzu Stadium and it seems like he is not sitting on his laurels as he is continuing his form.

Today Mfune seems to be bubbling with abundant confidence. A player who almost became one of the biggest flops at Bullets is now a starter and a shining star.

Much of his seamless transition is down to Pasuwa, who has kept his faith in the youngster even when many thought his time at Bullets was doomed.

“You see as coaches we have the responsibility of creating something good out of our players and we don’t need to rush in making decisions. What is supposed to be done when you have youngsters like Anthony [Mfune] is patience and teach them how to get the better of themselves and when the time is right, play them, give them confidence and you will get something good from them,” Pasuwa said.

What immediately stands out watching Mfune is his acumen and effortless finesse. He makes defenders run and score or send dangerous passes into the box just like what he did during the just-ended Blantyre derby.

Despite not coming through the Bullets’ system, he is a Bullets archetypal player. Strong tactical discipline, spatial awareness, energy, and pace are the attributes that resemble him with our Reserves graduates.

But despite all his qualities and his recent rich performances, Mfune understands that he will have to work harder to continue earning more game time.

“This is not the time to relax just because I am having game time. It’s the best time for me to keep on pushing so that I return the favour shown to me by the coach. My target is to keep on improving and becoming one of the best to play for this club. I still have a long way to go and with the support from the technical panel as well as my fellow players, I will achieve big with this club.”

Perfectly illustrated across his appearances this season, Mfune’s best might be yet to come.