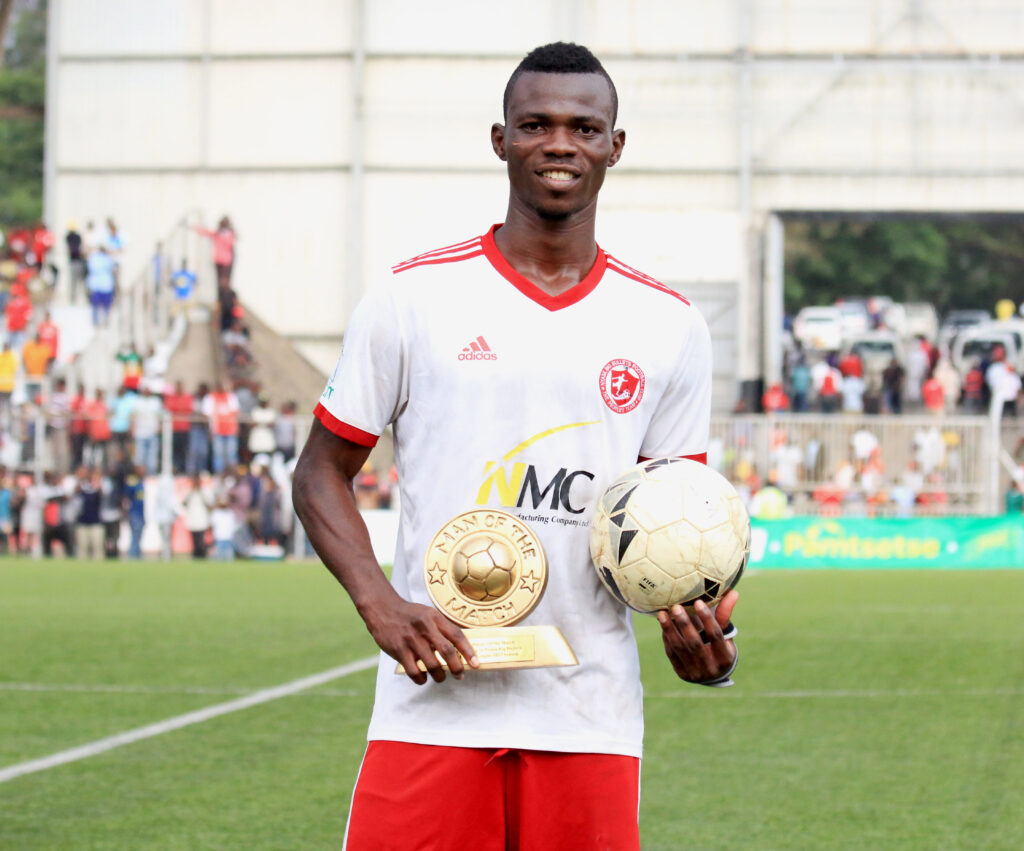 Babatunde Adepoju was delighted to end his three-game goal drought after scoring four goals and helping Nyasa Big Bullets to a comfortable 1-5 win over Sable Farming on Wednesday at Kamuzu Stadium.

The forward last scored for Bullets in September during our 3-1 win over Red Lions and had been struggling to find his scoring boots as The People’s Team played three back-to-back draws to Civil Service United, Silver Strikers and Blue Eagles.

But on Wednesday afternoon, the Nigerian inspired The People’s Team to a convincing win when he found the back of the net four times and took his tally to 16 goals, two above Muhammad Sulumba, who overtook him after scoring a hattrick as Mighty Wanderers thrashed Rumphi United 10-0 before netting a goal in their 2-1 victory over Ekwendeni Hammers.

“It is a good feeling to end my goal drought in brilliant fashion. I am delighted with how I performed today and it’s not just about the Golden Boot but the ability to help my team win, so I am super excited with the goals I scored today,” he told club media after his Man of the Match performance.

The striker, who once led the top scorer’s chat for the most part of last season only to lose it to Hassan Kajoke, revealed that the goal drought brought back memories, but he had faith that things would return to normal.

“It was a tough moment for me mainly because the team wasn’t doing well after playing three straight draws and we were desperate to return to winning ways. I needed to help the team win but it wasn’t happening.

“I was down but I had faith that things would return to normal and today I was able to score, which eased the pressure I had before going into Wednesday’s match.”

The forward was quick to repeat what he said earlier this season that winning the Golden Boot is just a bonus but what matters is to see the team win games.

He also said he wasn’t under pressure when he was overtaken by Sulumba in the scorer’s chat.

“Winning the Golden Boot is just a bonus for me because what goes in my mind is the team first. If we win as a team, the feeling is overwhelming and that’s exactly why we are here for.

“It was okay for Sulumba to overtake me because it’s a competition and I was okay with it and there was no need to play under pressure because like I said, the team first, personal achievements second,” said Babatunde.

With five games left to play before concluding the season, the striker says it is his wish to see the team win all the remaining games and finish the league without a defeat.

“My wish is to see the team win all those remaining games while my prayer is for me to keep on scoring goals. If we can win the league undefeated it will be a milestone in our careers as players.”

The four goals he scored on Wednesday surpassed the 12-goal mark he registered last season.