Babatunde: We need to focus and bounce back 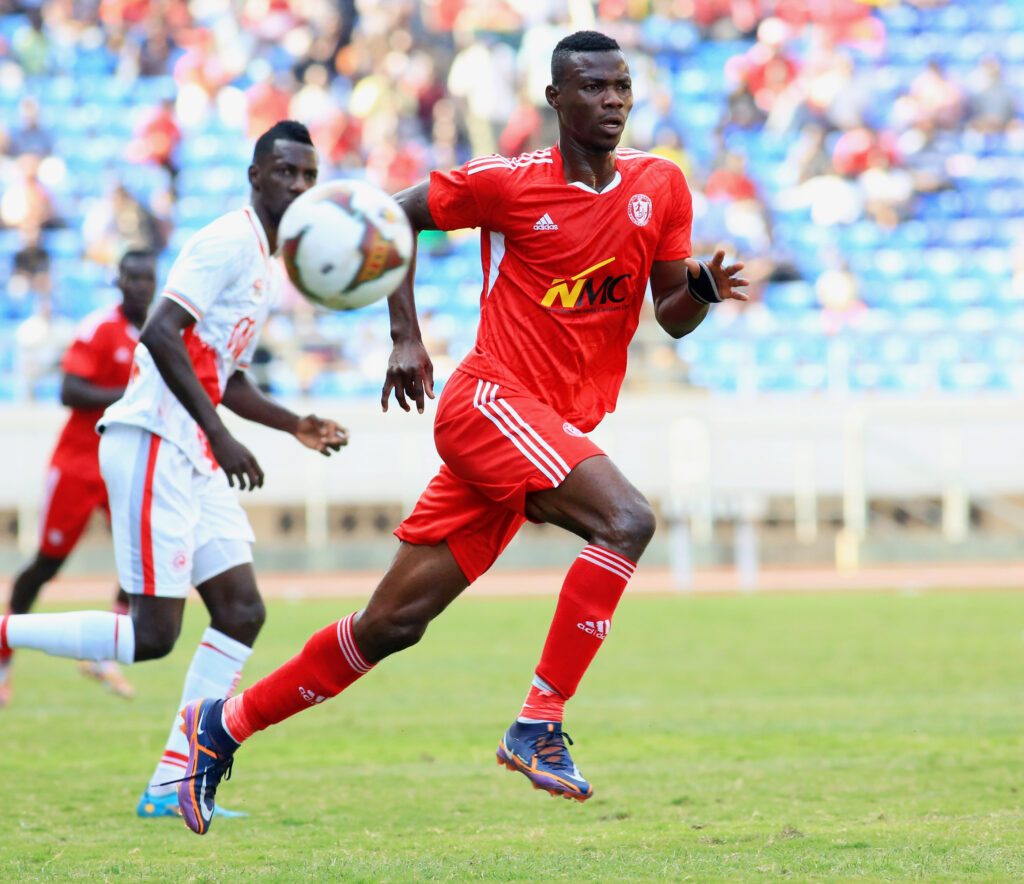 Babatunde Adepoju says every Bullets player knows the importance of the upcoming fixture against Mighty Mukuru Wanderers in the FDH Bank Cup, hence the need for The People’s Team to bounce back from the CAF Champions League exit.

Nyasa Big Bullets will face archrivals Wanderers in the second semi-final tie of the 2022 FDH Bank Cup campaign at the Bingu National Stadium on Saturday following their exit from the continental competition after going down 4-0 on aggregate against Tanzanian Simba SC.

The Nigerian told club media on Thursday that Kalisto Pasuwa’s Bullets, who arrived from Tanzania on Monday after the 0-2 defeat at the Benjamin Mkapa Stadium in Dar es Salaam on Sunday, have been talking about moving forward and concentrating on the crucial assignment against the Nomads, which will see the winner advancing to the final of the prestigious cup to face Nyasa Big Bullets Reserves at Kamuzu Stadium on 8th October 2022.

“We lost to Simba SC in the Champions League and it’s gone. We need to move forward and focus on doing well on Saturday. We cannot keep on thinking about what happened when we played Simba, it’s a closed chapter and there is more to play for and everyone in the camp knows the importance of this match so that we bounce back,” said Babatunde, who is currently the joint top goal scorer in the domestic league.

The striker, who joined Bullets from Wanderers in June last year, scored four goals past his former club in the Airtel Top 8 Cup in December, but he is anticipating a very difficult match this time around, saying Wanderers have a point to prove.

“Playing Wanderers has always been a difficult game and being a derby is obvious that it will be a tough game to predict, but I am looking forward to having a good game and as a striker, I will do whatever it takes to help my team win and qualify for the final. We need this trophy so much.

“I know Wanderers will come with guns blazing due to the fact that they want to prove a point to break their semifinal curse whenever we play them and they want to win this trophy at all cost knowing they are behind in terms of Super League championship race, but it’s a fight for men, we are ready to face them and we are geared to maintain our dominance over them,” he added.

This will be Babatunde’s fifth derby ever since he joined The People’s Team from which he has four goals to his name.

But the forward says Saturday’s match is all about helping the team win and not individual records.

“It’s about helping the team win. It doesn’t matter who scores but by the end of the day, winning matters most than individual records, so we are looking forward to winning so that we sail through and possibly grab this Cup.”

Saturday’s encounter will be a third Blantyre derby between the two oldest rivals in Malawian football this season.

They met in March this year in the opening match of the 2022 TNM Super League campaign and Bullets registered a 2-1 victory to kickstart their league title defense.

And in the second round, they played out to a 3-3 draw in August this year, in a match where Wanderers staged one of the most stunning football comebacks in recent years by coming from behind twice to grab a point out of the match.

Both teams have never reached the final of the FDH Bank Cup, but Wanderers were losing semifinalists to Silver Strikers in the first edition of the competition last year.