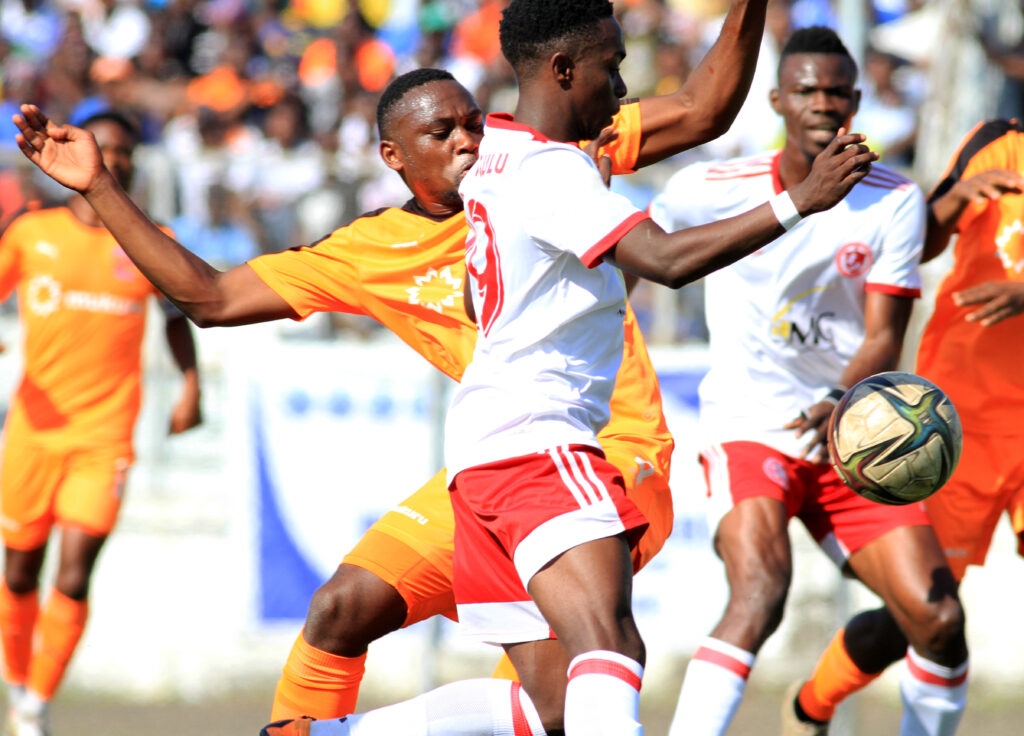 The epic romance between perennial rivals Nyasa Big Bullets and Mighty Mukuru Wanderers is igniting tempers high as they face off in the FDH Bank Cup semi-final at the Bingu National Stadium.

Saturday’s meeting between the two Blantyre giants comes barely after the two sides shared the points following the Nomads’ dramatic comeback in an entertaining 3-3 draw in the TNM Super League at Kamuzu Stadium last month.

For Bullets, redemption to reclaim scuffed boots from the Nomads after they surrendered a 3-1 lead in the league to share the spoils will lead the stage as Wanderers look forward to reviving title hopes having last lifted a trophy on 23rd December 2018 when they won the Fisd Challenge Cup after defeating Silver Strikers 3-2 in Lilongwe.

Will the Nomads realistically cape Bullets antic play? To Bullets fans, it’s almost impossible for Alex Ngwira’s led technical panel to steer the Lali Lubani boys to challenge them for the title and their only hope for ending their trophy drought is to stun their rivals.

The immediate focus for Wanderers will be fully stepping in the final, charged to meet minnows Nyasa Big Bullets Reserves, who cruised past Extreme FC and they will be scratching on a previous wound on their last campaign 3-0 semifinal demolition to Silver Strikers.

The Bullets and Wanderers clash takes place a little over a month since two teams booked their spot in the last four through convincing 2-0-and-4-1 win margins over Chitipa United and Kamuzu Barracks Reserves, respectively.

Before the quarterfinal match, Bullets hammered Sable Farming 3-1 at Mulanje Park in the round-of-32 teams before surviving a Moyale Barracks’ scare in the round-of-16 after the Mzuzu soldiers had mounted one of Malawi’s stunning comebacks in a 4-4 thriller before losing 4-2 on post-match penalties.

As for Wanderers, they have Richard Chipuwa to thank for his heroics during the shoot-out against Kamuzu Barracks, saving three penalties to inspire them to a 4-1 victory over Kamuzu Barracks Reserves following a 2-2 stalemate result in the regulation time.

Wanderers defied the odds after hammering Dedza Dynamos 3-0 to progress to the Last 8 of Malawi’s prestigious competition.

The past does not exist independently from the present. Indeed, the past is only the past because there is a present. The history between the two teams in cup competitions is huge, but the focus will be on the last decade in which Bullets have had more victories over their bitter rivals.

In the past ten years, Wanderers have only managed to salvage two cup victories over The People’s Team, with the first one being a 5-4 victory on 29 September 2012 in the then Standard Bank Cup semi-final match that was played at Silver Stadium in Lilongwe. The Nomads then staged another dramatic comeback with seven minutes to play through substitute Cuthbert Sineta, who cancelled out Diverson Mlozi’s 38th-minute strike. In the shoot-out, Richard Chipuwa saved away George Nyirenda and Dalitso Mpulura’s penalties to send Wanderers into the final which they ended up victors.

In 2015, Wanderers had their last victory over Bullets in a cup match at Civo Stadium in the defunct Carlsberg Cup final. Victor Nyirenda and Kondwani Kumwenda were on target for the Nomads as Jafali Chande scored The People’s Team’s consolation goal.

In the last decade, Bullets recorded a 1-0 semi-final victory in the Carlsberg Cup at Civo Stadium in 2014 through an early strike from Jimmy Zakazaka before the red army lifted the cup against the then Southern minnows Zomba United 2-0 at Kamuzu Stadium in Blantyre.

In 2017, Bullets won the Carlsberg Cup at the expense of their rivals, coming from behind twice to beat Wanderers 5-3 on penalties after a 2-all result in regulation time.

Bullets’ cup parade meetings against Wanderers resurfaced in 2018 with the Nomads, then trading under Be forward Wanderers were humbled by a 2-1 defeat in Airtel Top 8 semi-finals played at the Bingu National Stadium.

The semi-final curses haunted Wanderers again when they suffered a 4-1 defeat at the hands of their crosstown rivals in the second edition of the Airtel Top 8 semis played on 5th December 2021. Bullets towering striker Babatunde Adepoju, a former Nomad, netted four times.

Ten months after their last cup semi-final encounter, are the Alex Ngwira men charged enough to defy the semifinal odds? The two giants meet again in Lilongwe for another massive showdown.

Bullets Reserves are waiting for the big clash in the final to be played at Kamuzu Stadium on 8th October 2022.

Bullets are heading into this afternoon’s lip-smacking tie straight from their disappointing back-to-back defeats to Simba SC in the CAF Champions League. Kalisto Pasuwa’s side lost 2-0 to the Tanzanian giants in Lilongwe in the first leg before suffering another defeat with the same margin in the second leg at Benjamin Mkapa Stadium last Sunday.

Our opponents will go into the match straight from their hard-fought TNM Super League 1-0 victory over Silver Strikers at Kamuzu Stadium on Sunday.

At the moment, the morale is high for Wanderers, but not a recipe in the Blantyre derby where form doesn’t count and it takes more than mind games for one to emerge the victor.

Pasuwa will have to face Wanderers without several players who are still recovering from the food poisoning they encountered in Tanzania during the CAF Champions League return leg against Simba.

Lanjesi Nkhoma, Righteous Banda and Alick Lungu haven’t fully recovered and have been ruled out of this crucial match, whilst Babatunde Adepoju only trained on Thursday and he is expected to undergo a late fitness test for him to be considered for selection this afternoon.

Babatunde Adepoju (Bullets): The Nigerian will require some special attention from the Wanderers’ defence on and off tap-ins and through balls from Chimwemwe Idana-led midfield footwork. It’s not a secret, the Nigerian poses a threat to whoever comes up against him.

Yamikani Chester (Wanderers): The skilful blue winger will be turning up for another Blantyre derby in which he has always tormented Bullets banking on his pace and dribbling. His strength lies within aerial prowess and judging by how he performed against Bullets in the Super League last month, Chester will serve as the Wanderers’ focal point in his team’s initial move on the counter with Francisco Mkonda playing him from deep attacks and Chester flicking on to Muhammad Sulumba.

The match, which will kick off at 14h30, will be live on Mpira TV and a number of local radio stations. You can also follow the semi-final clash through our updates on Bullets’ Facebook and Twitter platforms.