Bullets out of CAF Champions League 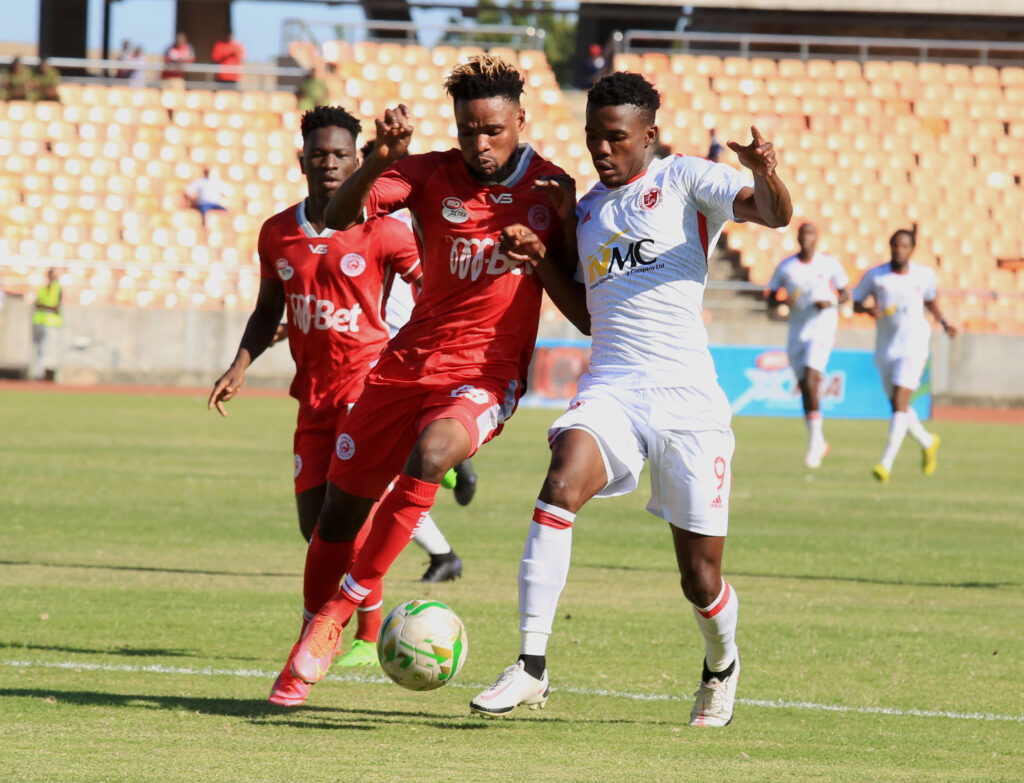 Nyasa Big Bullets have bowed out of the TotalEnergies CAF Champions League following a 2-0 away defeat to Simba SC on Sunday afternoon at the Benjamin Mkapa Stadium in Dar es Salaam.

The People’s Team succumbed to a 4-0 loss on aggregate after suffering another 2-0 defeat to the Tanzanian side at the Bingu National Stadium in the preliminary round a week ago.

On Sunday, Moses Phiri, who opened the scoring for Simba in Lilongwe on September 10, again condemned Bullets when he netted a goal in each half to send the Malawian champions out of the continental club competition.

Kalisto Pasuwa was forced to make seven changes to the side that lost at home as he replaced Richard Chimbamba for Clever Mkungula in goals. Regulars Kesten Simbi, Chimwemwe Idana, Frank Willard, Patrick Mwaungulu, Lanjesi Nkhoma and Babatunde Adepoju could not start because they felt sick hours before the encounter.

It was in the fifth minute of the opening half when Bullets had registered their first shot, but Lungu had his attempt wide.

Despite creating that shooting space, it was the hosts who looked more dangerous in creating penetrative passes into Bullets’ defending zone and showed intent to find an early goal to destabilise Pasuwa’s side, winning three corner kicks in the opening minutes of the return leg.

Muhammed Hussein should have put the hosts in front when a long ball from the right flank found the Simba captain on the left and managed to overpower Precious Phiri to create some shooting space only for him to blast his effort over the bar.

Pasuwa’s made an early change in the 23rd minute when he took out Alick Lungu after the youngster, getting his CAF Champions League debut on the day, complained of dizziness and was replaced by Chimwemwe Idana.

Zambian Phiri came to haunt Bullets again when he broke the deadlock in the 28th minute when Simba caught The People’s Team on a counter. Sadio Kanoute sent a long ball from his half to find Clatous Chama who released his compatriot and the number 25 made no mistake but pounce on Mkungula, 1-0.

A misplaced pass from Simba’s central midfield found Idana who exchanged passes with Ernest Petro for Bullets to find their way into the home side’s box but the Bullets number 8 failed to take control of a bouncing ball that was eventually cleared out of danger.

Simba created another scoring opportunity with three minutes to go in the first half when Kanoute managed to beat McFallen Mgwira to create shooting space 16 yards from goal but Mkungula was brilliant to deny the Malian a chance to double the home side’s lead with a brilliant save for a corner that they failed to utilize and end the game at 1-0 at the break, 3-0 on aggregate.

The Nigerian nearly made an impact when his cross to find Kajoke was blocked by Israel Patrick to Enock Inonga whose clearance found unmarked Petro and the Bullets number 10 released a powerful shot 25 yards from goal, only to be denied by Aish Manula, who made a brilliant save to tip the ball over the crossbar for a corner kick which Petro headed off target.

The People’s Team conceded again five minutes after the interval through Phiri. A long high ball from the goalkeeper found Chama, who brought it down to exchange passes with the forward whose powerful shot from the penalty area left Mkungula defenceless, 2-0.

The hosts made another change nine minutes after their second goal as Pape Sakho came on Kibu Dennis.

Chama should have registered his name on the scoresheet in the 64th minute if it wasn’t for another brilliant save by Mkungula, who parried the ball for a corner kick after the Simba attacking midfielder released a curling ball to pick the far post from the danger zone.

Bullets never gave up and Pasuwa’s men came hunting for a consolation goal, and it was in the 69th minute when Idana attempted to find Kajoke in the area, however the forward’s attempt to attack could not materialize as Manula quickly left his line to stop the Bullets number 9.

Pasuwa made another double change for Bullets with nine minutes to go, introducing Frank Willard and Blessings Mpokera for Henry Kabichi and Babatunde, who couldn’t finish the game despite being introduced at halftime for the same reason Lungu was withdrawn.

Malawian Peter Banda, a former Bullets attacker was introduced for the home side with 20 minutes to play; he came on to replace Augustine Okrah.

Phiri nearly grabbed a hattrick on the afternoon in the closing stages, but the Zambian was unfortunate to see his strike cleared off the line by Chirwa, before Sakho had a chance to make it three in the 84th minute when he was set by substitute Dejan Georgeovic, but the Senegalese saw his left-footed attempt go wide.

Bullets had an opportunity to reduce the arrears a moment later when Kajoke found his way into the Simba box, unfortunately the forward lost the ball as he seemingly got elbowed and the referee played advantage before Idana failed to hold on to the ball after Righteous Banda had released him.

The People’s Team finished with ten men after Kajoke signaled to be withdrawn following the injury as Pasuwa had already exhausted the number of substitutes.

There were four minutes of stoppage time and that wasn’t enough for Bullets to get a result out of the match that saw them bow out of the CAF Champions League in the preliminary stages for a fourth attempt.