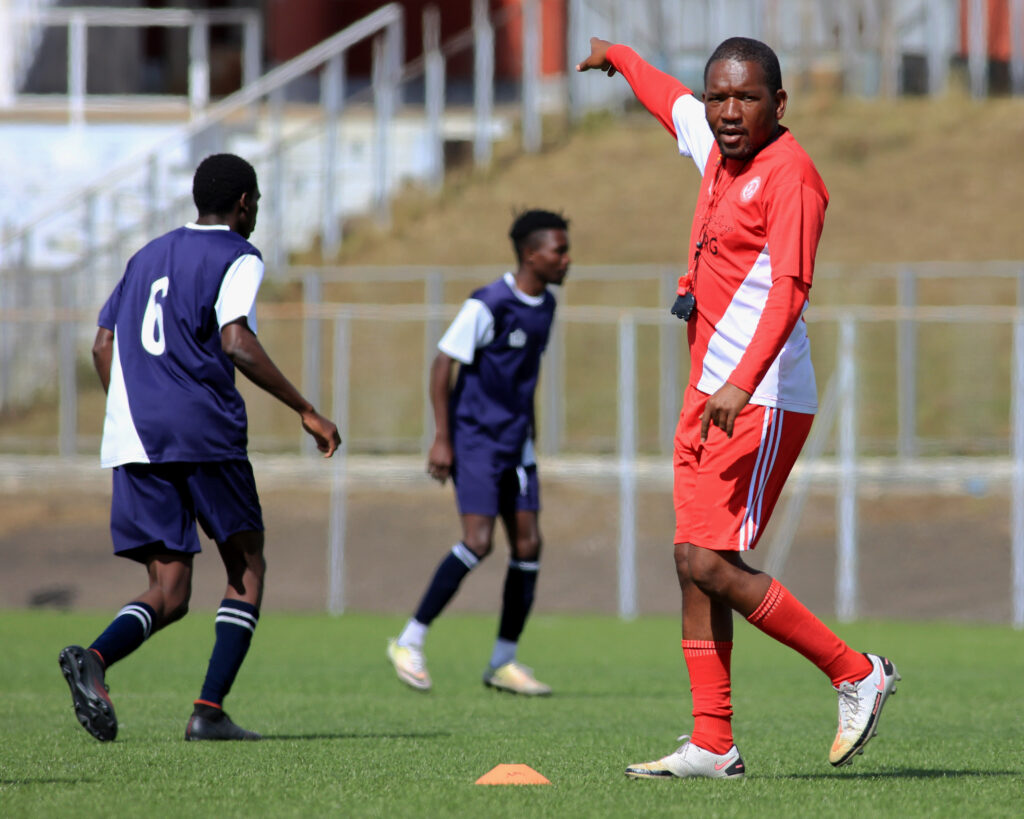 After progressing to the next round of the FDH Bank Cup following a 2-0 win against Ntaja United last weekend, Nyasa Big Bullets Reserves return to ThumbsUp Southern Region Football League action as they host Mangochi United this Saturday at the Kamuzu Stadium.

The last time Enos Chatama’s boys were in action in the SRFL they registered a definite away win over Mubas FC 0-4, before facing Ntaja in the cup competition.

As they return to league action this weekend, the young Bullets will aim to extend their fine league form and reduce the four-point gap on MDF Marine, who are top of Group 2.

Marine have 25 points having played all their 2022 Thumbs Up first-round matches, 10, and defending champions Bullets Reserves come second on the table with 21 points, with two games in hand to play.

Speaking to club media ahead of the crash against the sixth-placed Mangochi, Chatama acknowledged the threat the opponents carry, but expressed the confidence he has that his side will emerge victorious on the day.

“I believe Mangochi is a better team, we have watched them so many times. They have been in the league for quite so long, it’s almost five to six years now. They are a good side and we are expecting a tough match, but we are ready for the game, the boys are geared up.”

Bullets Reserves’ ambitions to finish the first round of the 2022 campaign on top the table could be all over if they lose to Mangochi on Saturday.  However, Chatama admits he is fully aware of the consequences their ninth league match of the season is coming with.

“MDF Marine are running at the top, we need to win this game and catch them up. We believe the boys know the importance of the game, we will fight to get a better result on Saturday.”

The lads’ brightest performances in recent games have mostly come in the first-half.  Denying this to be the game plan, Chatama says he has been working hard in training trying to make his side dominant in both halves.

There are not a lot of absentees for the Mangochi match but our young guns will be without their prolific forward Emmanuel Saviel, who will miss out through suspension after he accumulated two yellow cards in the previous matches.

Defender Andrew Lameck is another player who is set to miss Saturday’s fixture as he is side-lined with an injury.

Should they win by any margin on Saturday, Bullets Reserves will keep their chances of finishing top of the table in the first-round of the 2022 Thumbs Up SRFL campaign alive.