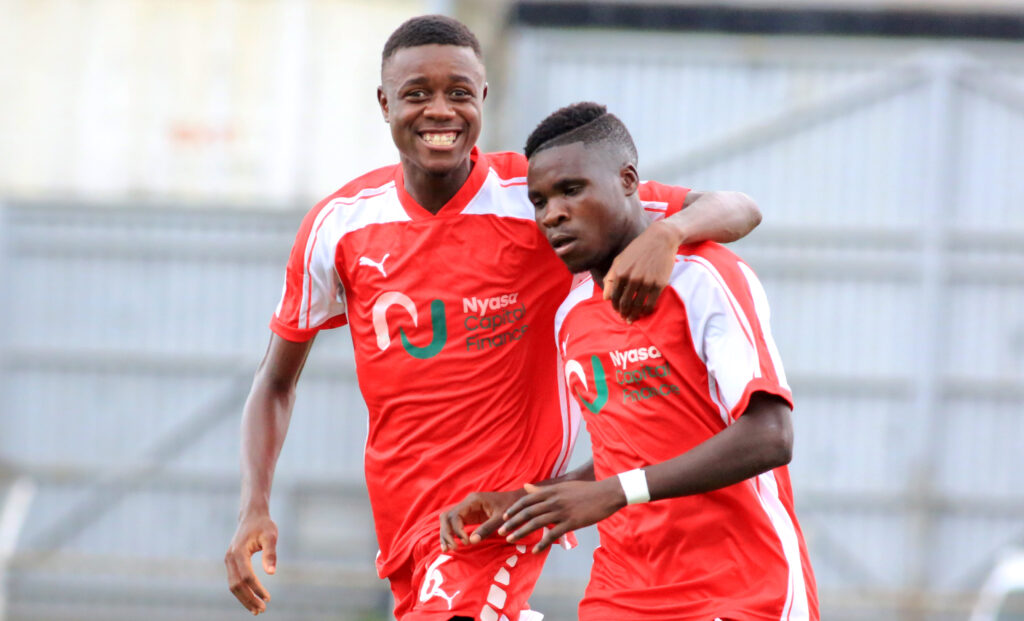 Two second-half goals from Emmanuel Saviel and Chikumbutso Salima were enough for Nyasa Big Bullets Reserves to defend the Nyasa Capital Finance Cup with a 2-1 victory over Ndirande Stars on Thursday afternoon at Kamuzu Stadium.

There was no time for the match to gain momentum. It started with it at a high level. The hunger from both teams to open the scoring saw the tie being played with rattling intensity in the early stages.

At the stroke of a quarter an hour, Chimwemwe Yassin produced our most real attempt at goal with a long-range effort of which Ma Stars goalkeeper Hamid Msopa got a finger to it before it hit the crossbar and fall into his palms.

The hosts then took the game to us as they found joy progressing through our flanks carrying real threat in the aftermath of their let-off. With four minutes to play before the closure of the opening half, Ndirande threatened again to get in front.

They opened up our backline down the right but they were denied by excellent goal-keeping work from Rahaman John to dash away the scare of a one-on-one situation.

Both sides were presented with very good goal-scoring opportunities in the opening half but their inability to convert them, saw the second half finishing with a blank space on the score sheet.

A minute into the final period, Saviel should have given us the lead. He should have. He had successfully disposed of the opposition’s centre-back and moved swiftly into the box but his finishing poorly let him and the defending champions down.

Witnessing taking his jacket down has become a sign of agitation from our reserves’ coach Enos Chatama. Not detecting any sign of improvement, the mentor brought in Franklin Titani, Mussah Bwanali and Macray Chiwaya, replacing Alex Tsamba and Happy Mphepo who had picked up knocks as well as Lyton Chinong’one. The triple changes bettered our play as we consequently went on to break the deadlock

12 minutes into the second half, Saviel gave the spectators a moment of magic to cheer on in what looked like a deadlocked final.

Our leading top goal scorer in all competitions got a fine through ball from substitute Macray Chiwaya and curved the ball, smashing the upright before finding the back of the net to make it one-nil.

Even with a one-goal lead, we looked so comfortable in the tie and the just-voted Bullets Reserves Player of the Season, Chikumbutso Salima, doubled the lead. Emphatically finishing off a well-worked-out team move involving a slick exchange of passes from substitutes Chiwaya and Titani down the left-hand side of the pitch.

The final looked braced for a dramatic ending when Ma Stars pulled one back three minutes into the stoppage time.

Nonetheless, our youngsters had the guts to lift their third silverware of the season as they have already won the Powerstart Trophy in July and the Aubrey Dimba Trophy last Sunday.

“It was a very tough journey up to the final. We played better especially in the second half. In the first half, we did not away the boxes.  We went to recess; we told the boys what to do. They came back stronger after those three substitutions. We scored two goals. We relaxed towards the end of the game; we conceded a silly goal we should have avoided. But all in all, football is football, we have won, we are happy.”

After lifting what was their third silverware of the season, the young guns of Maule will now switch their focus to their semi-final fixture in the ThumbsUp Southern Region Football League of which they await to learn whether they will face Fomo FC or Changalume Barracks.