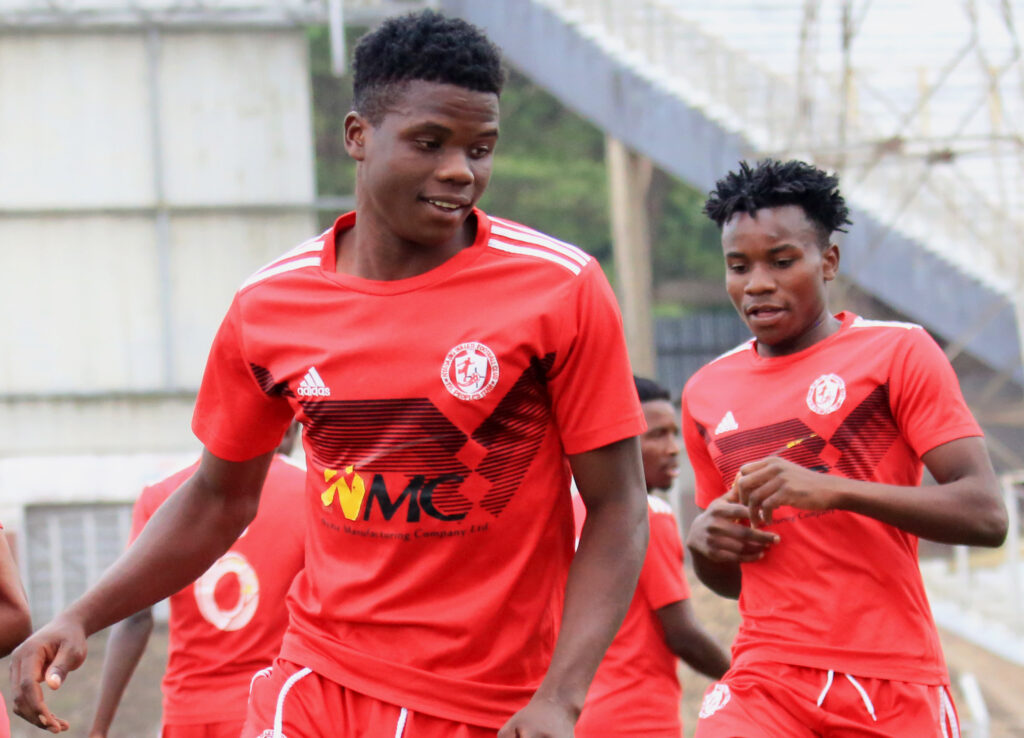 Nyasa Big Bullets Reserves will this afternoon host Changalume Barracks at the Kamuzu Stadium in what is their eighteenth ThumbsUp Southern Region Football League match of the season.

This afternoon’s match comes as a huge chance for our youngsters to reclaim the top spot and as well give themselves a big chance of finishing as Group 2 winners.

As it stands now in Group 2, Bullets Reserves, with three games in hand, are in second position, just a point behind leaders MDF Marine, who are only remaining with a single match.

In their last league match, our youngsters were 3-1 winners over Ntaja United at the Kamuzu Stadium last week, while the visiting team last played in the league in August when they were held to a 1-1 draw away at Mwanza Prescane, before being awarded a 2-0 victory when Ntopwa failed to show up at their home yard on 16 October.

Both teams have played the same number of games, 17, as they go into this afternoon’s tie, but a five-point gap separates them between the second and third positions.

As the two sides are set to crash in their eighteenth league match, here are the five talking points for you to have a clear preview of the tie.

A win over Changalume Barracks crucial for the reserves

Should our youngsters win over the Zomba-based soldiers, they will dislodge MDF Marine in Group 2 top spot as well as reduce the hurdle they have to go about before being confirmed the winners of the group.

A win will mean Enos Chatama’s boys will only need a point from their last two group matches.

If they lose, the reserves will need to collect two points from the remaining two games. With this at stake, this afternoon’s match is nothing but crucial for young Bullets.

Since 21 September, our youngsters have not scored more than three goals in a single match.  That is a concern for a side like Bullets Reserves, which is mostly known for its free-scoring style of football in their division.

It’s not a question of creativity for our youngsters to be showing this uncharacteristic trait but rather it’s a matter of them wasteful in front of the goal. Now only a few of the numerous goal-scoring opportunities are being turned into goals.

Emmanuel Saviel leads our top goal scorers’ chart with eighteen league goals and it can be said that the drop in his chance conversion rate is one of the contributing factors to the underscoring spell.

This afternoon, the 2022 FDH Bank Cup runners-up, will be looking to find a way of re-sharpening their blade against the Zomba-based soldiers, who have never won at the Kamuzu Stadium against our youngsters.

Revenge at the back of the reserves mind

Despite a spirited display when the two teams met in Zomba in the last match of the first round of this league campaign, our youngsters suffered what was their second defeat of the season by one goal to nil.

That loss was heavily felt because it had denied our youngsters to go into the mid-season break at the top of the Group 2 standings when a draw would have done it.

Going into this afternoon’s match, the ThumbsUp SRFL defending champions will be without a horde of their key players. Franklin Titani, Macray Chiwaya and Useni Asani are still restricted to the sidelines while Happy Mphepo is not available as he is with the Malawi U-17 squad in Lilongwe.

What the mentor says

While Chatama has been away in Lilongwe with the Flames U-17 as the assistant coach, Swadick Sanudi has been shaping up our lads for today’s match. Speaking to the club media ahead of this tie, the Bullets legend assured the fans that the boys are for the ‘crucial’ match.

“We played Changalume in Zomba they beat us 1-0 in the first round. Now they are coming to home ground, the boys know the importance of this game. We do not mind whether we win by four or five, by one or two but it is a game that we must win. It is a crucial game, we are looking forward to going top in Group 2. We have 43 points and MDF Marine have 44. We collect the three points and that will get us back on top.”