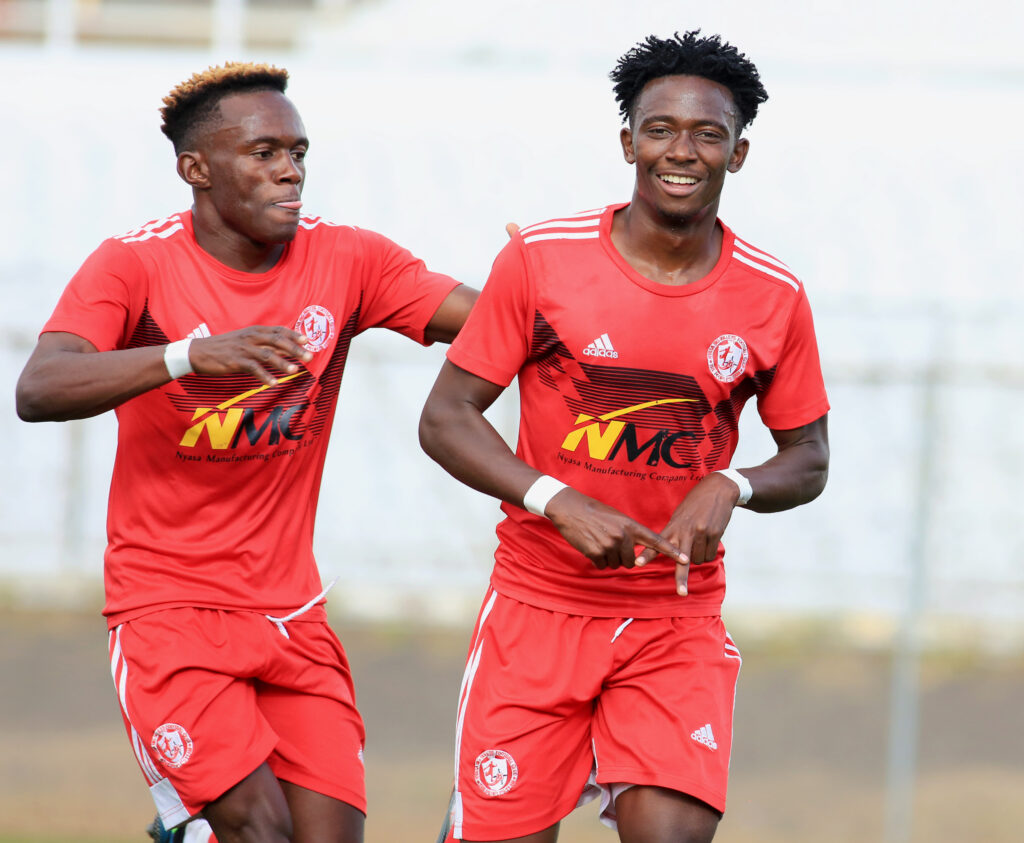 Nyasa Big Bullets Reserves are through to the Preliminary Round 2 of the FDH Bank Cup after hammering FOMO FC 8-1 at Kamuzu Stadium on Saturday afternoon.

The young Bullets will play the winner between Ntaja United and Nyasa United.

Without striker Emmanuel Saviel, who was ruled out due to an ankle injury he suffered during the final training session on Friday, coach Enos Chatama played Chikumbutso Salima upfront, with Wongani Kaponya and Crispine Mapemba playing from the wings of the front three.

The first chance of the match saw Kaponya failing to put the ball into the net when he was found in a one-on-one situation with John Majiga after being set through by Chinong’one.

But Majiga couldn’t stop the hosts from taking a lead through Mapemba, who headed home from Yamikani Mologeni’s brilliant cross from the right, 1-0.

Chiwaya doubled Bullets Reserves’ lead in the 23rd minute when Majiga fumbled Salima’s cross into the box, allowing the ball to land straight at the midfielder, who made no mistake by putting the ball in an empty net, 2-0.

Three minutes later, Salima scored a beauty. The enterprising winger took things into his own hands by tearing apart FOMO FC defence before unleashing a powerful shot that was just too much for Majiga, who was very exposed in the line of duty, 3-0.

Two more goals followed in this opening half, with Kaponya being the latest player to register his name on the scoresheet after he was released to the attacking zone by Chinong’one before beating Majiga who had already left his line as he tried to stop the forward, 4-0.

Chinong’one turned from a provider to a scorer when he scored the fifth goal from the spot following a foul on Salima in the penalty box.

In the second half, Kaponya was replaced by Franklin Titani due to an injury he sustained in the opening half.

Chatama also brought in Chimwemwe Yassin for Happy Mphepo in the 55th minute whilst Lazarus Chapendera and Timothy Nyasulu replaced Christopher Sabiti and Duncan Mangwaya for the visitors, who were trying to find an answer to their dismal display in the first half that saw them conceding five goals.

Salima nearly doubled his tally in the 58th minute when he made a brilliant run into the box to receive a through ball from Titani, however, the winger failed to convert with the goalkeeper already beaten in the line of duty.

Moments later, Mapemba also made his way into the offensive zone, sending a loose ball into the box but Mathews Kalama arrived on time to intercept the ball when Chiwaya was ready to pull the trigger on the edge of the penalty box.

Twice, referee Evidence Kananji turned down Salima’s penalty appeals, attracting a reaction from Chatama, who wasn’t convinced with some of the decisions that the center referee was making.

In the 68th minute, Chinong’one was brought down just a few meters away from the penalty box, allowing Titani to step up and curve the ball beyond the reach of a four-man staged defensive wall into the top corner to beat Majiga, who tried his level best to stop the ball from hitting the back of the net, 6-0.

Aaron Chilipa and Alex Tsamba were introduced in the 78th minute to replace Mapemba and Chinong’one as Chatama’s side kept on pushing for more goals.

But the visitors were able to find the back of the net in dramatic fashion when Bullets goalkeeper looked to have put everything under his control when Innocent Magreta delivered a cross from the right only for Nyirenda to drop the ball and allow Aziz Pindani to pounce, 6-1.

This goal attracted two more goals from the hosts, who made it 7-1 in the 82nd minute through Salima, who was found unmarked by Yassin to slot the ball past substitute goalkeeper Clement Phiri, who had earlier on replaced Majiga.

Yassin completed the rioting in the 86th minute, tearing the visitors’ defence apart before smashing the ball beyond Phiri’s reach to make it 8-1.

Speaking after the final whistle, Chatama hailed his boys for progressing to the next round, saying it was a good game though his players gifted the visitors a goal that could have been avoided.

“It was a good game though we started on a very slow note. I am happy we scored five in the first half before completing the task with three more goals in the final half. Unfortunately, we gifted them a goal which we could have avoided, but that’s football and we are happy to progress to the next round.”