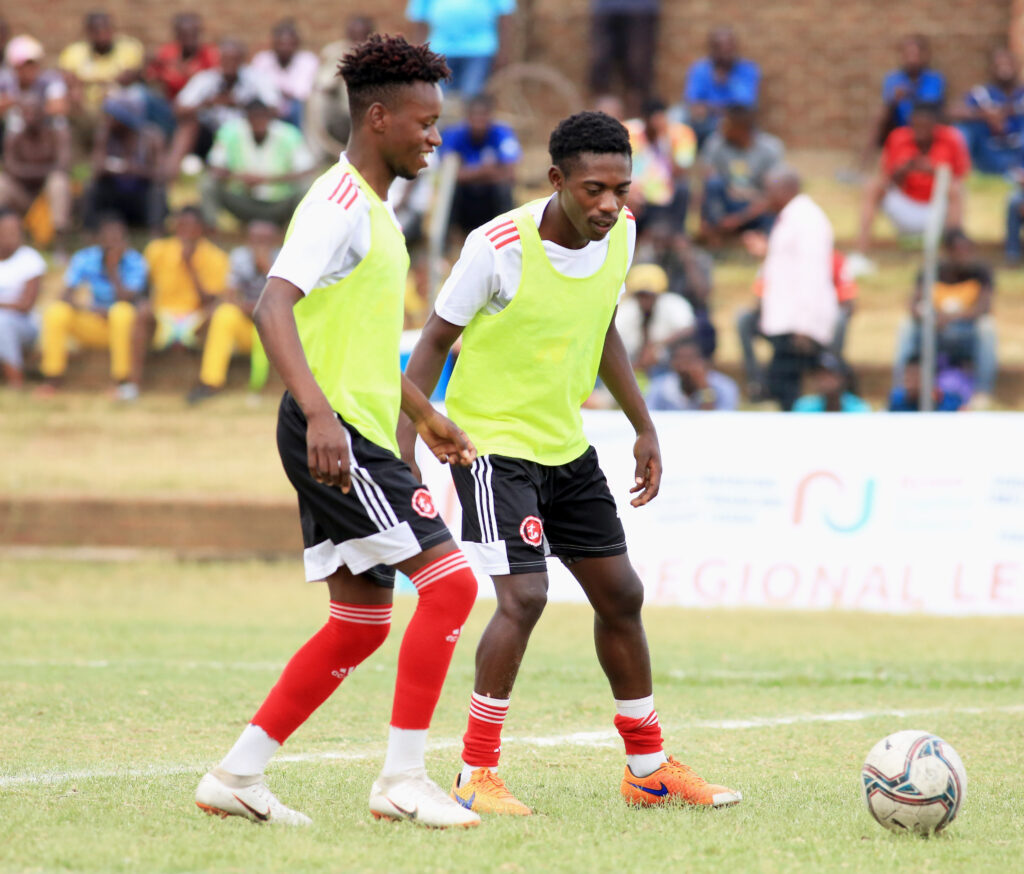 Rahaman John showcased his sleight of hands once more as he inspired Nyasa Big Bullets Reserves to a 4-3 win on post-match penalties over Zomba Air Base in the Nyasa Capital Finance Cup launch fixture at the Balaka Stadium on Sunday.

At the final whistle, the score-line read 0-0. On another day, it could have been a riot had it been the young Bullets were not utterly wasteful in front of goal.

Under the Balaka district’s scorching temperatures, both teams started out with low intensity as they all seemed to be reserving their energies.

As the game unfolded it was the Reserves who became the more intent side in the opposition’s final third.

Trying to create a way to curve open the host’s defence, Chikumbutso Salima tried a series of tricks down the right but the recipients of his end products failed to utilize them.

To halt our increasing share of possession, the military outfit resorted to turning more physical on us, disrupting our passing play with nasty challenges on our youngsters.

Clear-cut chances proved to be elusive in the first half which ended as tentative as it started.

Bullets Reserves returned from the interval looking more hungrier to break the deadlock. In the 57th minute, Salima’s cub-back pass crossed the goal mouth begging for touch only in vain.

They had finished the opening half looking limited in creativity but in the last chapter of this cup match, the young Maule, inspired by the coming in of Chrispine Mapemba, found their way of finding the tiniest spaces the resilient hosts were opening.

In the last ten minutes alone, our youngsters created five golden opportunities which they were unable to take with ‘the instincts of a killer’.

In the area, Emmanuel Saviel had dispossessed the hosts’ last man in defence, but with only the opponents’ keeper to beat, struck the ball over the bar. Lyton Chinong’one and Wongani Kaponya all missed glorious chances in the final minutes of the game, leaving large sections of the fans in sheer disbelief.

A game which could have been decided by a wider margin in favour of Enos Chatama’s boys finished in an entertaining goalless draw.

The spoils could not be shared though as the tie went straight into post-match penalties of which Bullets Reserves won 4-3.

Despite the defeat, Zomba Air Base, who finished the tie with zero shots on target, will take courage from their spirited performance which kept our youngsters at bay during the normal time.

Ignition of a quadruple dream

Already this season Bullets Reserves have won the Power Start Tayale trophy in July and at this stage of the campaign are well placed in their campaign to defend the ThumbsUp Southern Region League at the same time they are waiting to play against their seniors in the final of the FDH Bank Cup.

And Sunday’s win in the Nyasa Capital Finance Cup, the most decorated Reserves in the country are now in the chase for a fourth title.

Behind the Reserves’ success story in cup competitions, this season has been their diminutive goalie, Rahaman John. When it looks like our Reserves side is on the verge of a cup exit, the goalkeeper has always been magical to keep us undisputed.

His track record of saving shootouts is simply unbelievable. He has saved a penalty or more in all the penalty shootouts he has been in goals.

This year he saved two against Mighty Tigers, allowing his side to progress into the round-of-16 of the FDH Bank Cup of which now they are the finalist.

And at Balaka, he proved once more that he is the Reserves saviour as he saved a penalty again to help us to progress into the round-of-16 of the 2022 Nyasa Capital Finance Cup.

While John saved a single penalty, Mapemba scored the winning kick for us.

What the coach said

After witnessing his side on the verge of a cup exit only to force a vital win on post-match penalties, the Chatama described the win over Zomba Air Base as a morale-boosting one.

“Cup games are always tough. We did not play better in the first half. In the second half, we came back stronger, we created so many chances. We missed chances but at the end of it, we are happy we are through to the next round. Tough luck to Zomba Air Base, they defended so deep during the game and wanted to win it on penalties but they never got what they wanted. It’s good for Bullets, we have got the morale going into the next game.”

After seeing off the Zomba-based military outfit, Bullets Reserves will face the winners between White Eagles and Steffords FC in the Last 16.

Last year the Reserves left it late to defeat The Boyz 3-0 in the final of this competition, thanks to Patrick Mwaungulu, Chikumbutso Salima and Chimwemwe Yassin for scoring in the final 20 minutes to seal what was the third title to clinch for them.

Next for the Reserves is a home league match against Ntaja United whom they lost to in the first round.

PrevPreviousWhat we have learnt from our 4-0 win over Wanderers
NextRahaman John: Bullets Reserves’ goalie with a sleight of handsNext