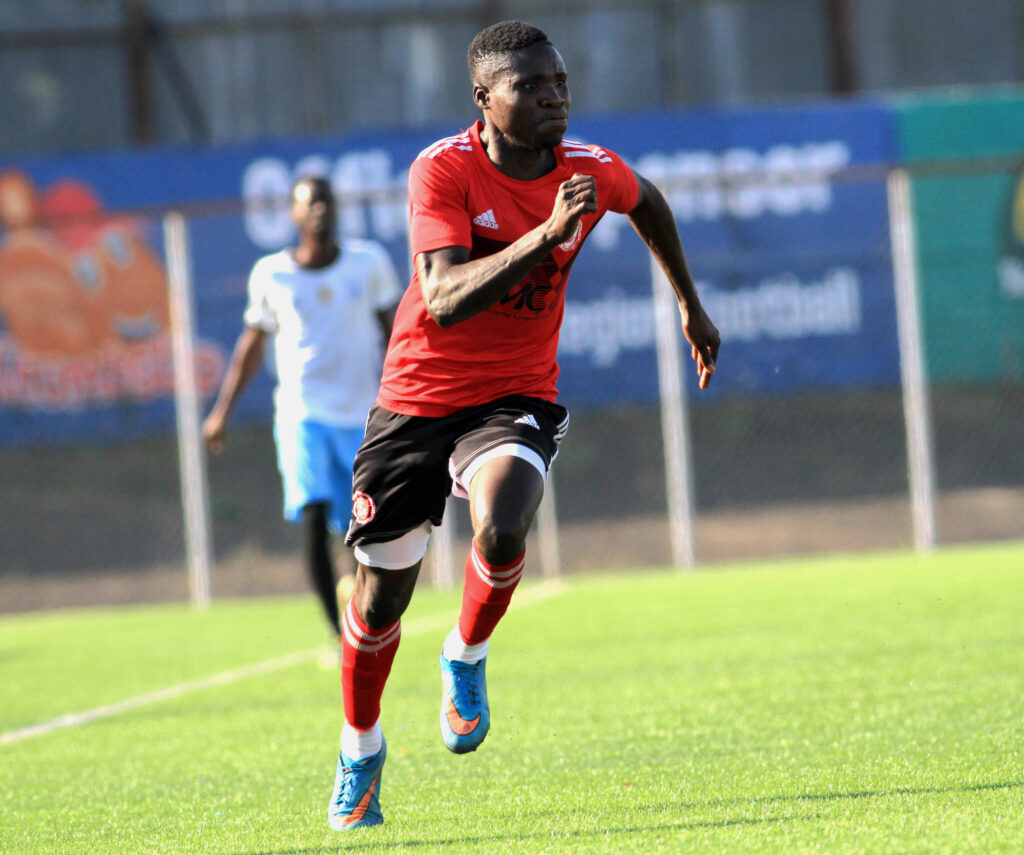 A hat-trick from Emmanuel Saviel and a brace from Chikumbutso Salima inspired Nyasa Big Bullets Reserves to overrun Mwanza Prescane 7-1 in the ThumbsUp Southern Region Football League at the Kamuzu Stadium on Wednesday afternoon.

A clear-cut chance came a few seconds after the opening whistle for the Reserves but midfielder Osman Bakali, beautifully set up by Salima in the area, sent his strike blazing over the bar to deny himself from scoring what could have been one of the quickest goals in the game of football.

Our strong intent to stamp authority early in the game eventually paid off when the in-form Salima put us in front in the 8th minute.

Just like he did against Extreme FC last Saturday, Salima struck another vintage free-kick from a similar 21-yard distance, that even the full-stretched Prescane net-minder, Tanwa Phiri, could not reach it.

The Reserves’ head coach, Enos Chatama, usually prefers a 4-3-3 formation but on Wednesday afternoon went for 3-4-3, a setup in which his players struggled a little bit to find their coherence despite getting in front early in the game.

The visitors looked unfazed after conceding quite early as they started to garner up the oomph in their play to attack us on all fronts. They pressed and created great chances which they were not clinical to utilize. At one point their wide-man Gladson Kapalamula had cleverly escaped our off-side trap but his lack of calm saw him dinking the bouncing ball off target.

Unable to take their chances, the visitors were punished for the second time in the game. Salima, who opened the scoring, turned provider in the 34th minute when he set up Emmanuel Saviel who took a touch in the box before guiding the ball into the bottom right corner.

For this second blow on their face, the visitors replied swiftly. Just a minute after we doubled our lead, they pulled one back through Mike Khungudzu whose shot from outside the box deflected off Andrew Lameck and went past our goalie, Maxwell Makopa who was diving in the wrong direction.

What was an even first half ended with the Reserves in front with a slender lead.

There was no improvement was detected after the restart for the young Bullets and Chatama, 11 minutes into the second half, made a double change to shake things up by replacing Osman Bakali and Alex Tsamba with Chrispine Mapemba and Lyton Chinong’one.

Instantly the substitution made ripple effects in the game as the Reserves began to find their shape and attacking edge in the 3-4-3 formation Chatama was experimenting.

In the 59th minute captain, Yamikani Mologeni, swung a delicious delivery of which Saviel headed home to give us a 3- 1 lead.

Moments later, Saviel made an intelligent run into the area, received the ball from his midfield, and on the turn slotted home a lovely finish to make it 4-1.

The replacements, Mapemba and Chinong’one, scored each in the last quarter of the game to wrap up the walloping of Mwanza Prescane whom Reserves also defeated 3-1 away in Mwanza in the first round.

The big win on Wednesday has now moved Bullets Reserves to second position, replacing Ntaja United. Another significance of the Prescane thrashing is that it has seen the MDF Marine’s four-point gap over us cut to a point.

What the coach said…

A lot of managers would be left excited to see his side winning by a wide margin but Chatama told the club media that he was unhappy with his side’s wastefulness in front of goal despite the 7-1 win.

“I’m not really excited. We could have scored more than seven. We created more than 20 chances, and we scored only 7 goals, which is not good for the team. We missed the simplest chances of the game and scored difficult goals. We have to work on that, we have to build our confidence in front of the goal.”

However, as the ThumbsUp group stages are winding up, Chatama also hailed the win today as it has moved them up in the Group 2 standings and given his side a real chance to win the group.

“The win is good. We don’t need to relax, however. We have got four games to finish up the group stages. We need to keep on working hard and maintain the top spot,” said Chatama.

A trip to Balaka Stadium follows over the weekend for Nyasa Big Bullets Reserves where they will play Zomba Airbase to begin their defence of the Nyasa Capital Finance Cup, whose 2022 edition kicks off on the day.