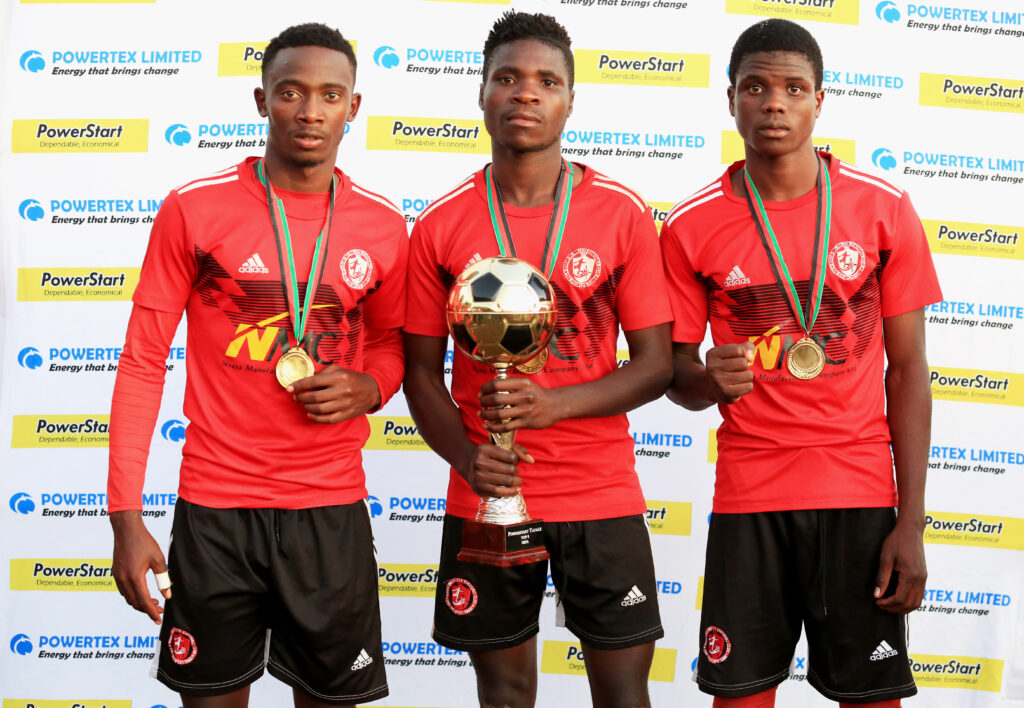 Nyasa Big Bullets Reserves defended the Powerstart Tayale Cup after Emmanuel Saviel’s brace and Chikumbutso Salima’s goal sealed off a 3-1 victory over Zingwangwa United in front of a jam-packed Mulanje Park on Sunday.

Despite the young Bullets coming off the back of a disappointing Thumbs Up Southern Region Football League defeat last weekend, there was no lack of bite and flourish in their play in the opening stages of the final.

The boys almost took an early lead in the third minute when Chikumbutso Salima ran into the box and managed to beat the Zingwangwa goalkeeper Madalo Tambula, however instead of aiming at goal the forward chose to thread a pass towards the penalty spot and the ball was cleared away from danger.

Eventually, Enos Chatama’s side broke the deadlock through the leading goal scorer in the competition, Emmanuel Saviel, who connected Yamikani Mologeni’s brilliant pass to power the ball home.

Celebrations for the opener were cut short following Zingwangwa United’s response three minutes later through Mark Chembezi, who capitalized from Bullets’ defensive relapse in the box to strike past goalie Rahaman John, 1-1.

What was an entertaining first half of the final ended in all square.

Saviel reestablished the youngsters’ lead only seven minutes after the restart with a spectacular dink over the goalkeeper from outside the box.

Fired up by their second goal, Bullets Reserves intensified their pressure on Zingwangwa and eventually scored their third through Salima, who was gifted a glorious chance after the opposition goalkeeper failed to clear a back pass from his defender Aubrey Hamilton.

In a bid to get their way back into the tie, the FAM U-23 winners tried their best, making four changes in the second half, but Bullets Reserves never allowed their guard down and comfortably saw out the game to seal their moment of glory.

The cheers of Bullets as they collected the trophy were in full voice, starting the party for what was the sixth silverware in six years for the junior side.

Following his brace in the final, Saviel scooped the Golden Boot Award with six goals and was as well voted the player of the tournament.