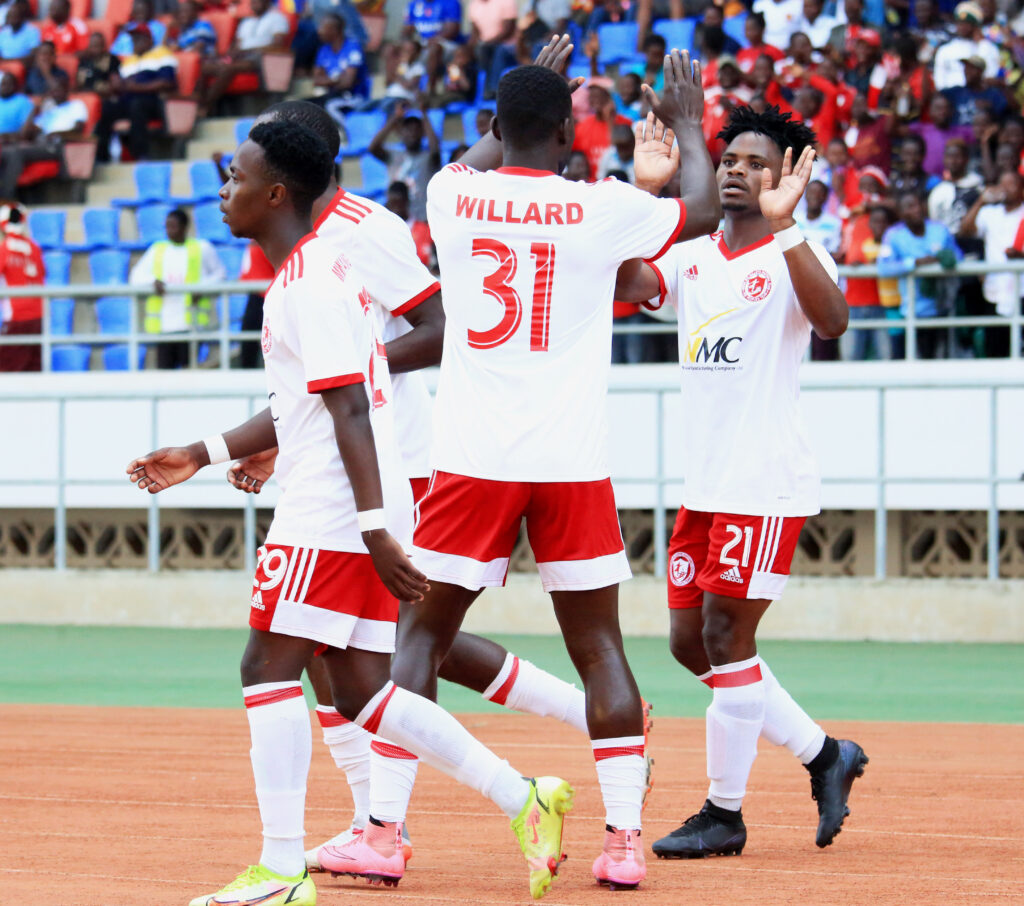 Nyasa Big Bullets’ current TNM Super League unbeaten run of 23 games this season sees The People’s Team setting a new record after surpassing what the team achieved in 2015 when they played 17 games without defeat.

The People’s Team played out to a 2-2 draw with Silver Strikers over the weekend at the Bingu National Stadium to open up an eight-point gap over the second-placed Blue Eagles whom they are facing on Saturday at Kamuzu Stadium.

The latest result means Bullets have beaten their record set in the 2015 campaign when they were unbeaten in 17 league games before losing to Airborne Rangers.

In that particular match, Bullets had taken an early lead through the now team manager, James Chilapondwa, who converted from the spot following Stain Malata’s foul on Jafali Chande in the box.

But The Paratroopers from Salima reorganized themselves in the second half to level the scores through Kephas Zimba before Josiah Duwa passed the sentence with just a minute of added time remaining.

Now seven years later, Bullets have beaten their own record and have now set their eyes on defending the championship without defeat.

The weekend result took their points to 57 in 23 matches, scoring 52 goals and conceding 15.

At this stage last season, Bullets had only conceded eleven goals but this season alone, The People’s Team has let in 15 goals with seven games left to play.

In the 2020/21 campaign, Pasuwa’s side only conceded 18 goals in 30 matches to win the title with 62 points from which they scored 51 goals, four points above the Central Bankers who finished the season with 58 points.

This season, the league leaders have also surpassed the number of goals they scored last season by finding the back of the net 52 times, and with seven games yet to be played, chances are likely that Bullets will score more goals before wrapping up the season.

If they win the next two games, The People’s Team will also match last season’s 62-point mark which was enough for them to win the league.

If they win the remaining seven games, Bullets will break the 77-point mark they set in 2018 by retaining the championship with 78 points, beating the 2018 winning campaign with just a point.

Between the 2016 and 2017 seasons, Bullets lost the championship race to Kamuzu Barracks with just a point after the then champions won the league with 62 points and they also lost the race to cross-town rivals Mighty Mukuru Wanderers, who won the title with 69 points against Bullets’ 67 from 30 games.

From 2014 to date, these are points collected by Bullets in the title-winning campaigns:

Bullets set new record with 41 points in 1st round

PrevPreviousPasuwa reaction vs Silver: They were a better side
NextSeptember’s Player of the Month nomineesNext