Bullets, Silver play out to a goalless draw 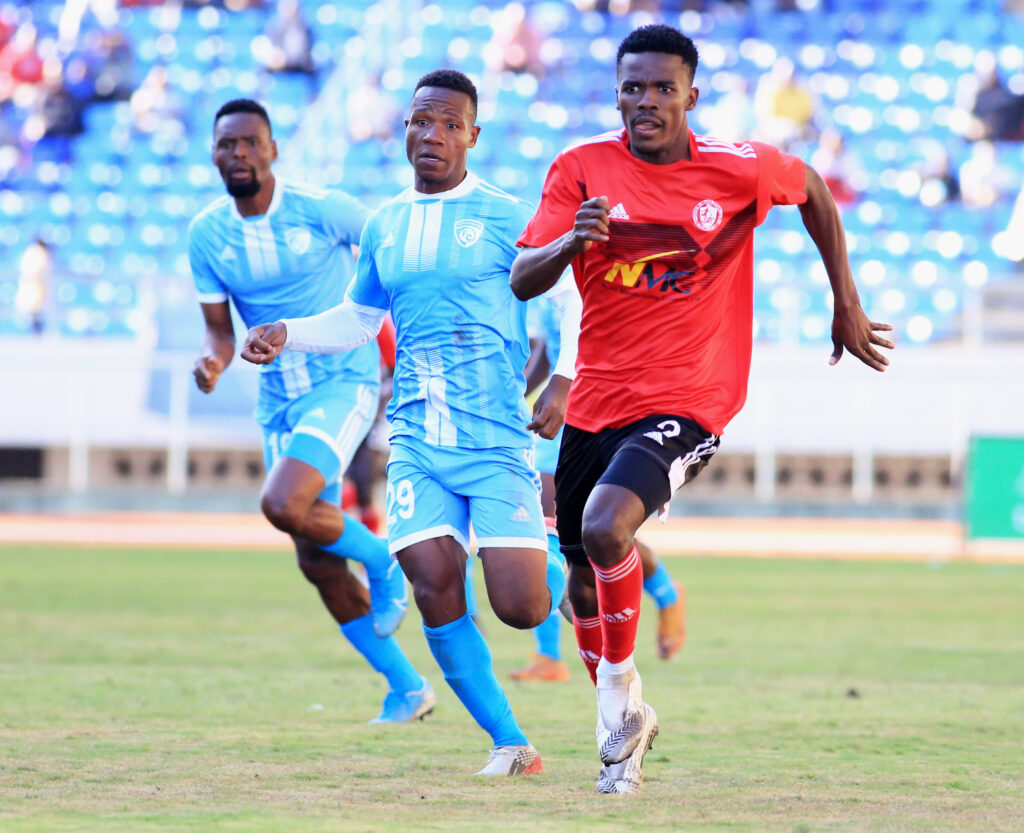 Nyasa Big Bullets and Silver Strikers played out a goalless draw in the Nzika Foundation charity match at the Bingu National Stadium on Saturday.

Both teams made several changes to their starting eleven, with Kalisto Pasuwa maintaining Henry Kabichi to the line-up that beat Sable Farming in the TNM Super League last week.

It was a match that lacked the much-needed rhythm as the two teams struggled to create meaningful chances.

The Central Bankers had an opportunity to break the deadlock in the 9th minute through Prince Phiri, but a long-range effort missed Chiyenda’s left-hand goal post with an inch.

Bullets came close eight minutes before the half-hour mark when Anthony Mfune made a good run into the box, however, the forward slipped when he was about to pull the trigger, allowing Silver’s goalkeeper Charles Chisale to collect the ball with ease.

Phiri had another chance to give the hosts a lead 15 minutes before halftime when he was found unmarked in the offensive zone by Chinsisi Maonga, but the forward was unfortunate as he also stumbled in a one-on-one situation with Rabson Chiyenda, who collected the ball right under his nose.

Bullets should have found the net in the 41st minute when Mfune’s cross into the box met Hassan Kajoke, whose header from close range was parried away by Chisale near post for a corner kick, which the hosts easily defended.

Pasuwa’s men had another chance right inside the additional minutes through Thomson Magombo whose goal-bound shot was blocked by Chisomo Mpachika and that was all for the half.

After recess, the two teams played similar to how they fared in the first half, with more action taking place in the middle of the pack.

However, it was Mfune who came close to scoring in the 53rd minute, but his powerful shot forced Chisale into making a save for yet another corner kick which Bullets could not utilize.

The hosts had a very good chance of breaking the stalemate in the 64th minute when Madalitso Maso was played through by Maxwell Gasten Phodo, who came in as a substitute, but the winger saw his shot inside the six-yard box saved by Chiyenda.

In the 73rd minute, Mfune and Alick Lungu exchanged passes to release Magombo, but the promising attacking midfielder was late to the party as he allowed Chisomo Mpachika to make a timely clearance.

Pasuwa brought in Eric Kaonga and Lanjesi Nkhoma for Righteous Banda and Kajoke to try to add some firepower up front, but the hosts’ defence proved too good to frustrate the visitors, who were looking for their first-ever win over Silver Strikers at the BNS.

Phodo was presented with another opportunity in the 78th minute when he was spotted in the box by Tembo, but his shot was saved by Chiyenda for a corner kick that was cleared away by Ghanaian defender Isaac Badu, who made his full debut since his clearance to start playing for The People’s Team last month.

Chiyenda was the busiest of the two shot-stoppers as he produced another save to deny Patrick Macheso from giving his side a lead in the last minutes of the match.

In the final five minutes of the match, Stanley Billiat was played through by substitute Lanjesi Nkhoma, but the winger saw his cross going the other side of the field when shooting at goal was the best possible decision and after 90 minutes of play, it ended 0-0.

This was a second meeting between the two teams in a Charity match, with Silver Strikers winning the first match 1-0 to progress to the Pamtsetse Top Four Bonanza, which they eventually won after pouncing on Mighty Wanderers with the same margin in March.