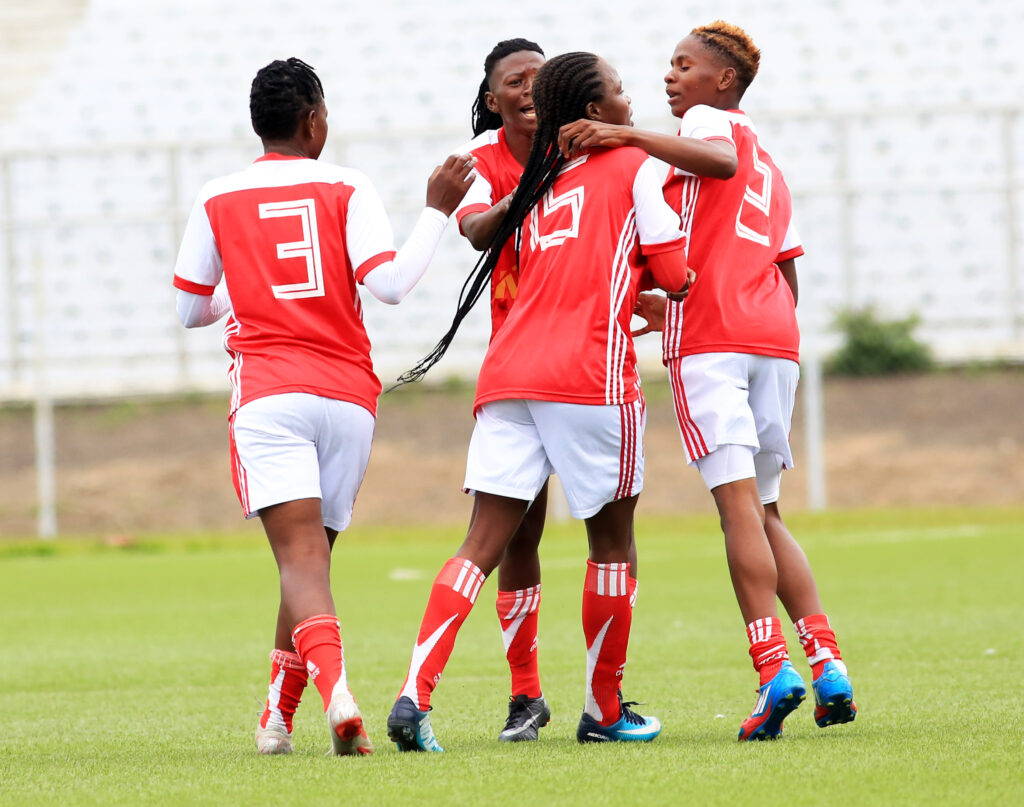 Ntopwa, second in the standings, have been outstanding in their recent games but were humbled by The Peoples’ Team under the scorching temperatures of Saturday’s October noon.

Bullets were in the zone and three minutes from the start, Vanessa Chikupila took advantage of the miscommunication between Ntopwa defenders to open the scoring, putting our women in the lead.

With a pass from Shalom Dzimau, Pililani Malora immediately pressed and set the second goal of the game, leaving Ntopwa back-line completely overwhelmed.

Maggie Chombo’s side was dealt with a blow in the 30th minute when first-choice goalkeeper Martha Banda got injured and was replaced by Thoko Mwase.

Moments after the change, Zainab Kapanda was also substituted for Tendai Sani due to an injury as well which saw the forward rushed to Queen Elizabeth Central Hospital for treatment.

Ntopwa women would have gone home with more grief but they have their goalkeeper to thank for her brilliant saves.

The second half started and Bullets was still ahead, leading 2-0. Sani astonishingly struck the third and the last score of the day inside 55 minutes.

It could have been worse for Ntopwa but their goalkeeper made a brilliant save in the 64th minute to deny us the fourth.

Six minutes later Chombo made a change when Fauza Mohammad replaced Laina James to have a taste of the ongoing smackdown.

Talk of missed chances, Vanessa Chikupila set a beautiful fourth score, but the goal could not stand as it was ruled out for offside.

With this result, The People’s Team still maintains its top position in the league.

Ntopwa was willing to upset the tables this weekend but found themselves restricted to second position following Saturday’s defeat.

“The girls are playing really well and they are taking into account what we are teaching them during training,” said the women’s Head Coach, Maggie Chombo after the game.