Chinong’one warns against over-excitement ahead of Extreme clash 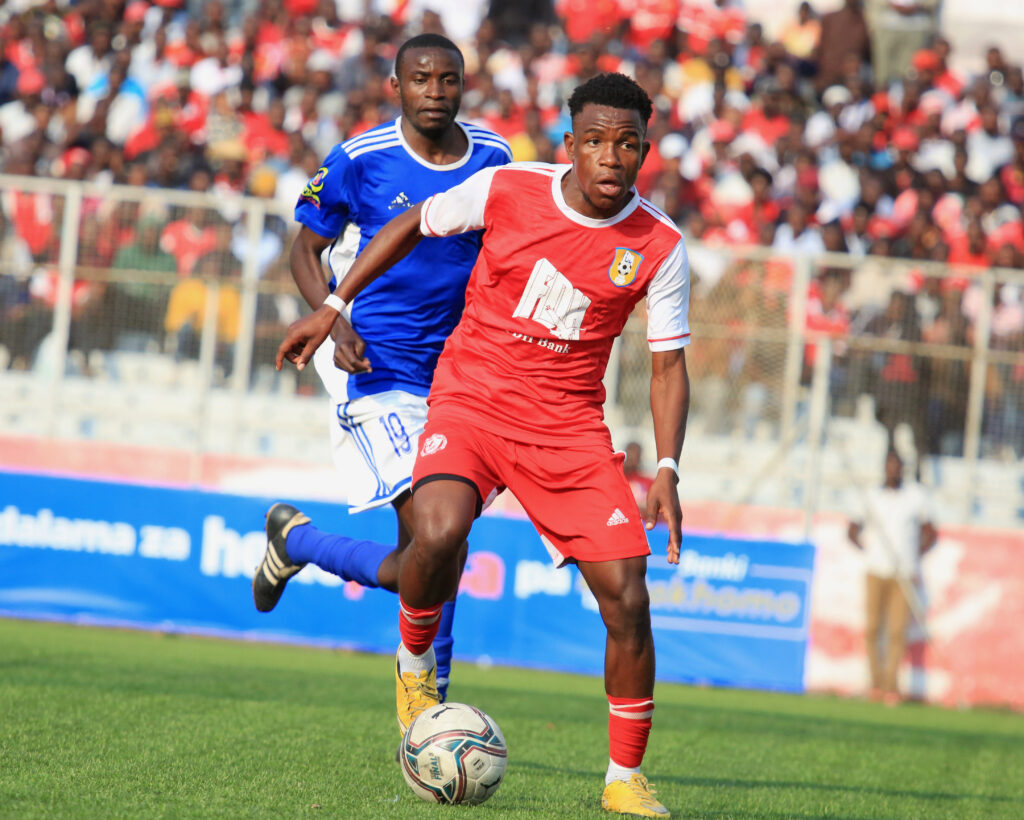 The Nyasa Big Bullets Reserves midfielder, who reflects on scoring the winner in the FDH Bank Cup quarter-final, dumping TNM Super League side Blue Eagles out of the competition, warns his teammates against complacency ahead of Saturday’s semi-final clash against Extreme FC.

Chinong’one wept. Tears trickled down his cheeks as he ran towards the corner flag for a celebration. Right upon reaching the edge of the pitch, he was soon swamped by a crowd of his teammates. The Bullets fans in attendance on the day were all off their sits.

The drama unfolded as the 22-year-old completed one of the greatest comebacks in the history of the FDH Bank Cup for the youngsters. With two minutes of added time to go, the young midfielder made a run into the box and upon arriving on the edge of the box he found himself on the end of a Chikumbutso Salima lovely cut-in pass.

Donning the famous James ‘Terminator’ Chilapondwa jersey number 4, the youngster took a touch and, with his weaker foot, whacked the ball at goal. He might have not executed a proper hit but the ball somehow deflected off the legs of Bullets Reserves ex-player, Mark Lameck, and went in the opposite direction the Blue Eagles goalie, John Soko, took a dive.

Lyton Chinong’one has shared his reflections on scoring the winner on 21 August 2022, his emotional celebration, and his advice to teammates as the Bullets Reserves are gearing up for the FDH Bank Cup semi-final on Saturday.

What has been said

On his performance on that epic Sunday afternoon at Kamuzu Stadium, Chinong’one told the club media: “I thought I did okay.  Although in some areas I didn’t do well, in some areas I did quite well. I thought sometimes I was finding myself out of position and sometimes I was a bit late to arrive in the box, making my team to attack with a few numbers in the final third,” he recalls.

The young midfielder who joined Bullets in 2019 from Griffin Youngsters was largely used as a backup midfield player last season but has asserted his place as a starter this season. He has shared what inspired the remarkable experience he had when facing the Super League thoroughbreds.

“What I do is to believe in myself before getting on the pitch on that day and reminded myself that football is the same all the time. It does not matter whosoever you are playing against. All you have to do is to work hard on your part and things will work for you.”

Going behind early in the game, Chinong’one admitted he was gutted by the way they conceded the goal and revealed what was going through his mind during this moment of the quarter-final.

“I was very upset when we conceded the first goal in the match. We were not supposed to easily concede the goal in that manner. It could have been different and okay to take had the opponents made a good move to score that goal. However, we had the belief that we could win the game,” he explained.

The belief Chinong’one and his teammates had after going to the interval trailing paid off in the second half as the Bullets Reserves scored twice to complete an incredible comeback.

And on the score-line with the winner was Chinong’one late in stoppage time. His celebration for scrapping a memorable comeback victory last month saw him shedding tears of joy.

Today, ahead of the semis on Saturday, he reminisces this emotional moment: “I was a very happy person; I didn’t expect that it would unfold like that. I have played a lot of games but the one against Blue Eagles in this campaign was a great one which I will not cease to memorize in my life. It was a priceless moment and I just had to shed tears of joy. Scoring the winner that late in the game and helping my team to defeat a big team in that manner to get into the semi-final is something that I will cherish for a long time.”

With the semi-final tie against Extreme FC imminent and continuing to draw more press attention, the midfielder has also urged his teammates to stay focused and refuse to be destructed by the over-excitement of their success so far.

“What I noted is that when praise pulls in others become big-headed and that eventually it can destroy or destruct a player. For us to continue doing good on the pitch, we need to keep working even harder so that we can play better than we did [against Blue Eagles]. Personally, I won’t stop because I have helped my team to reach the quarter-finals. The whole team must work hard and put more effort to take us to the finals. Everybody in the team must not feel satisfied but aim to achieve more.”