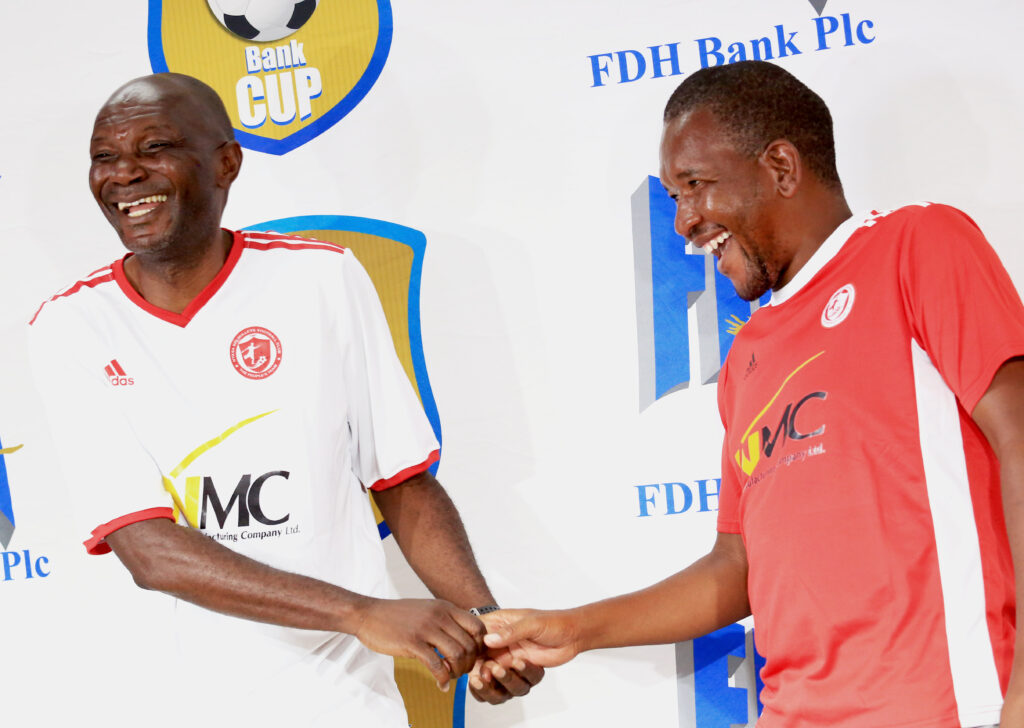 Nyasa Big Bullets’ first team will go into a heated mano a mano against their reserves in the FDH Bank Cup final at the Kamuzu Stadium.

Dubbed a “family affair”, the final will see fans belonging to the same entity divided at the Soccer Mecca, they have clearly declared their temporally 90+ minutes allegiance this afternoon.

Initially the final was scheduled to take place on 8th October but had to be rescheduled as the Enos Chatama side had contributed six players to the Malawi U-20 National Team which recently played at the 2022 Cosafa games in eSwatini.

The last time the Bullets Reserves were in action was a month ago when they humiliated Mwanza Prescane 7-1 in the ThumbsUp Southern Region Football League.  The senior team, on the other hand, defeated Sable Farming 5-1 last Wednesday in the TNM Super League at the Kamuzu Stadium.

Their seasons so far

The two teams bump into each other having enjoyed a remarkable season so far.

While the reserves sit second in the ThumbsUp League standings with 40 points from 16 games, their brothers are in pole position in the TNM Super League having accumulated 61 points from 25 games in which they are unbeaten.

The youngsters won the Powerstart Tayale Cup in July, their title defense in the ThumbsUp Southern Football League and Nyasa Capital Finance Cup is going on quite smoothly, and here they are in this year’s FDH Bank Cup final.

Only five games remain before their season closes and given the performance metrics they have shown throughout this campaign, it is so unlikely that the main team will be stopped from the championship for the fourth time in a row.

In this competition, the two are in the final off the back of stellar performances throughout the previous stages.

To reach the final, the Bullets Reserves fought gallantly to edge out Extreme FC 2-1 at the Kamuzu Stadium thanks to Chikumbutso Salima’s brace on the day.

The result was coming after the young Bullets side wowed three TNM Super League thoroughbreds. They defeated Blue Eagles in the quarter-finals 2-1, a month after getting off their canvas to land Red Lions a knockout blow when Salima struck from the spot to win the round-of-16 tie 1-0 at the Balaka Stadium.

Their round-of-32 opponents were Mighty Waka Waka Tigers whom they beat on post-match penalties after playing out a goalless draw in normal time.

Unlike the main team, the reserves, being a second-tier outfit, have played more games in this cup. They defeated Ntaja United 2-0 after thrashing Fomo 8-0 in the preliminary round.

The final comes for them after weeks of no action and on Sunday they will have to prove if the holiday has either made them fresher or coated them with rust.

On the other hand, Kalisto Pasuwa’s side started the FDH Bank Cup campaign with a comfortable 3-1 win away to Sable Farming in the round-of-32.

They had Moyale Barracks in the Last 16 stage at Kamuzu Stadium, a fixture they gave away the lead three times before winning it 4-2 on post-match penalties.

The main team took a trip away to Chitipa United in the quarterfinals and goals from Babatunde Adepoju and Anthony Mfune ensured them a 0-2 victory to set up a semifinal showdown with cross-town rivals, Mighty Mukuru Wanderers.

Before the semis, Bullets had registered back-to-back defeats in the CAF Champions League to Tanzania’s Simba SC. Nonetheless, The People’s Team rose to the occasion and hammered the Nomads 4-0 courtesy of Gomezgani Chirwa, Hassan Kajoke, Mfune and Babatunde’s goals to set up a historic cup final with their juniors.

The two teams recently met in the competition in 2021 when the main team endured a spirited assault from their juniors. After playing out a 1-1 draw in regular time, it took a penalty miss from Bullets Reserves’ defender Yamikani Mologeni to hand the senior team a win.

Luke Chima had opened the scoring for the senior team before the lads levelled through Kesten Simbi from the spot during the 90 minutes.

This was only the second time the two teams were meeting. The two teams first crashed against each other in 1997 when they went toe-to-toe in the Press Cup final at the Civo Stadium in Lilongwe where the main team triumphed to lift the trophy.

While the two sides have their eyes on the prize, the reserves’ Salima, who has three goals, will be hoping to score twice or more to edge out the main team’s Adepoju, who has four goals in the race for the Golden Boot award.

With this at stake between them, Chikumbutso Salima and Babatunde Adepoju are the most likely pair to watch on Sunday.

No suspensions among the players have been reported by the two teams, but the senior side has injury worries as Precious Sambani and Gomezgani Chirwa who have been out due to knocks and Lanjesi Nkhoma due to illness.

What the managers say

Chatama: “We have been waiting for such a moment, we could have played the game at least two weeks before but it was shifted due to the [Malawi] Under-20 National Team commitments. We are ready for the game; the guys are ready and no sort of pressure because I think it’s a milestone getting to the final at this stage.”

Pasuwa: “Very interesting [final], but maybe one thing, it’s no longer a reserve side because those boys are there [in the cup final] by no fluke. They are a team which is standing on its own and you can see the way they have been playing throughout. They have been playing very good football and they knocked out three Super League teams, which means us, as the senior side, need to prepare well in order for us to take the cup home. We thank the sponsors and being my first time to be in the FDH Cup final after trying last time out when we lost in the quarterfinals, but this time around we have gone through. It’s very interesting that we will be meeting the so-called reserve side, but again, we need to put everything in order so that we come out good on the day.”

The match will kick off at 14:30 and will be live on Mpira TV (Zuku Channel 064 and Azam TV Channel 388). It will also be covered on several radio stations and Nyasa Big Bullets’ social media platforms will provide updates.

PrevPreviousIt’s up to us to show seniority – Lanjesi on FDH Bank Cup final
NextReport: Bullets humble their Reserves to win the FDH Bank CupNext