Five games that might have won Bullets the 2022 championship 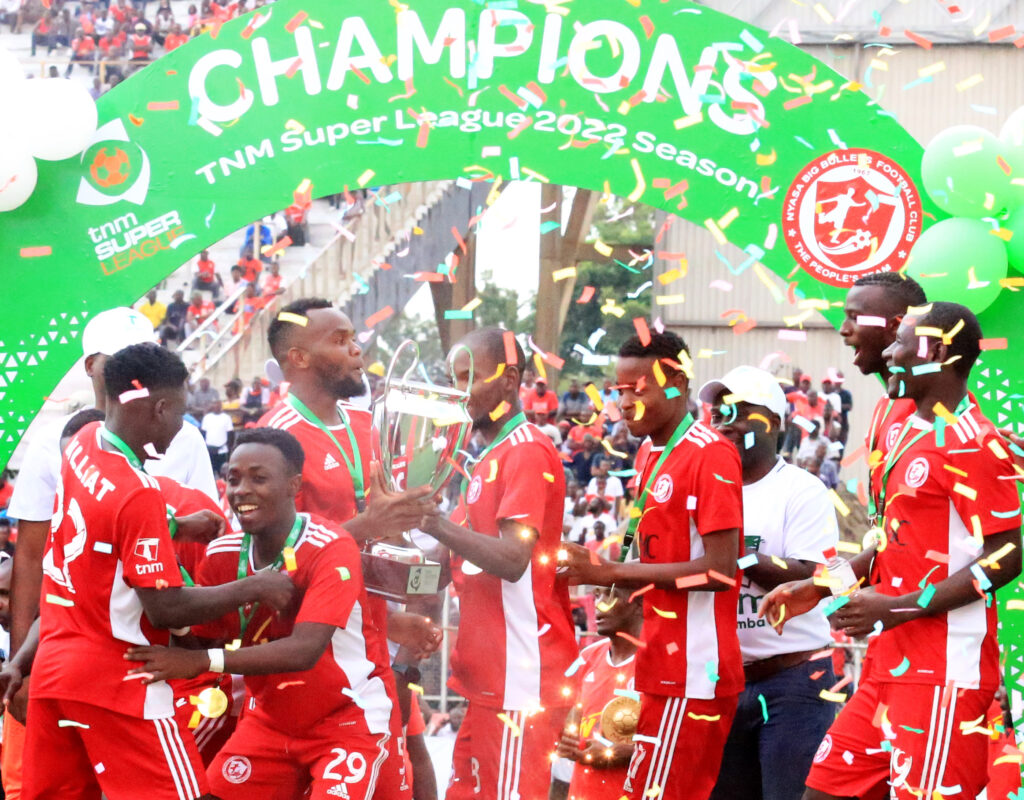 Every result counts in winning a league title but there are some results that in retrospection prove to be the most decisive ones.

Bullets were crowned champions on Saturday, finishing top with a record-breaking 73 points, ten above the second-placed Blue Eagles.

We present five of the most decisive games that might have won us the 2022 TNM Super League title, a fourth straight championship.

It looked like Maule were about to drop points in the Blantyre derby against the Nomads in the season’s league opener, until Antony Mfune came from the bench to secure an important victory for us.

The People’s Team went on to win many games in the campaign but this 2-1 win was the most crucial in their fourth straight title defence.

The win did the club a lot of good by instilling confidence in a much-changed Bullets squad which had just promoted a horde of youngsters from our reserves.

The tie had every inch of space at Nankhaka Stadium filled and many who were in attendance returned to their homes thrilled by a tightly contested match between the two teams.

The champions went down in the first half but equalized when Adepoju Babatunde scored from the spot a few minutes later. This was only the third match of the campaign for the two teams but today when you look at the ten-point gap that separated the two sides at the end of the campaign at the weekend, this 1-1 draw at Nankhaka was quite a vital one for Kalisto Pasuwa’s men in their quest to defend the title.

Eagles and Bullets had been in a two-horse race for the title throughout this season. When they met at the Kamuzu Stadium in the second round, they also shared points with the same score-line.

The two TNM Super League thoroughbreds, Bullets and Silver, were tipped as the real two title contenders at the start of this season. As the campaign unfolded, the two teams went in the opposite direction.

The Central Bankers were off to a disappointing start to the season and when they met us in their 11th fixture they were made to forget about the championship as we outclassed them 3-1 at the Kamuzu Stadium.

After this win, we had established a sixteen-point gap over the Area 47 side and as they dropped further into position five in the standings, Bullets were at the top drawing new contenders in the title race.

Silver Strikers finished on position five with 51 points, a position they were in May following their 3-1 defeat against The People’s Team.

This was one of the toughest outings The People’s Team had this season and one they showed strong title credentials.

Kamuzu Barracks, who won the league in 2016, were well set up on that day at the Civo Stadium that for the larger part of this match, it looked like Bullets were braced to drop points.

When expectations of getting something from this tie began to drop in many Bullets fans, Babatunde Adepoju instinctively struck a superb winner late in the second half.

This might have been in June but when one sees Kamuzu Barracks finishing third on the log table, 16 points behind us, one may agree that this away win was very important. The two teams shared points in a 1-1 draw when they met at the Kamuzu Stadium in the second round.

Moyale faced us two days after they defeated Mighty Wanderers and spurred by that result, the military outfit posed a threat that they might delay us further the crown of the championship.

Nonetheless, a brace from Lanjesi Nkhoma and a glorious finish from Gomezgani Chirwa gave us a 3-1 win which confirmed us as the 2022 TNM Super League winners.

As was the victory in the opening match, beating Moyale 3-1 was very vital as it ended the anxiety of wanting to get our hands on the title and it eliminated any fears of a late collapse in what has been a remarkable season for us.