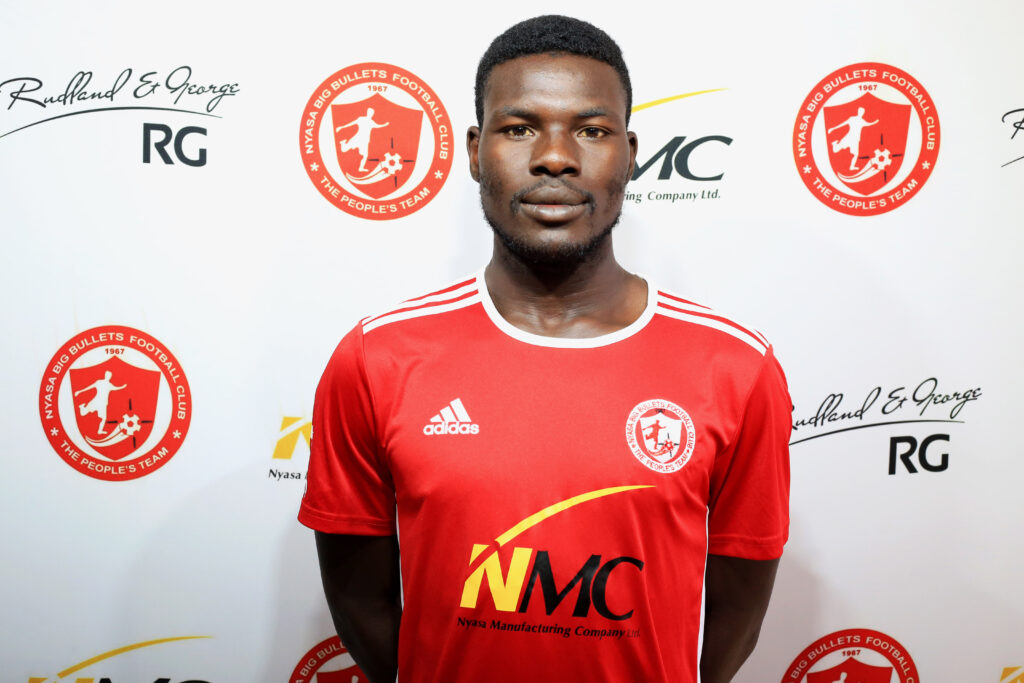 Nyasa Big Bullets Football Club is delighted to announce the signing of Frank Willard on a three-year deal.

The 21-year-old defensive midfielder returns to The People’s Team from MAFCO FC.

Willard was part of the Bullets Reserves team that won a treble in the 2020/21 season before moving to Salima at the start of the 2022 campaign.

Said the youngster after putting pen to paper on Friday:

“I am absolutely delighted to rejoin Nyasa Big Bullets. To be able to play under coach Kalisto Pasuwa and learn from him and as well as be part of such a fantastic squad is a prospect that I am incredibly excited about it and I can’t wait to get started,” he told club media.

Welcoming Willard, Bullets head coach Kalisto Pasuwa said the arrival of the midfielder will add depth to his team, whose schedule will be tight in the final months of the ongoing season.

The People’s Team will participate in the CAF Champions League as well as domestic competitions, which would see them having more than 25 games in the next six months.

Pasuwa admitted he has always admired the player and it was a blow when he left for Mafco FC when he was part of his plans to be promoted to the senior team from the reserves.

“Frank Willard is a boy that we know. He went to Mafco at the start of the season when he was part of my plans to be promoted, unfortunately, I heard the boy was gone. But we kept on monitoring him and when we talked to him, he showed interest to come back and play for us.

“He is young, he is growing and as you know in the central midfield, we have more youngsters playing and we needed this boy to give us depth and with more games coming, we definitely need some reinforcements,” said Pasuwa.

Willard becomes the only signing of the mid-season transfer window as it is closing at 12 midnight.

This takes the number of new signings at the club in the current season to two, having signed Ghanaian defender Isaac Badu.

Prior to the new campaign, Pasuwa promoted four players from the Reserves team namely Kesten Simbi, Yankho Singo, Thomson Magombo and Patrick Mwaungulu, joining semi-seniors Clever Mkungula and Stanley Billiat, who were fully promoted at the start of the 2022 campaign.