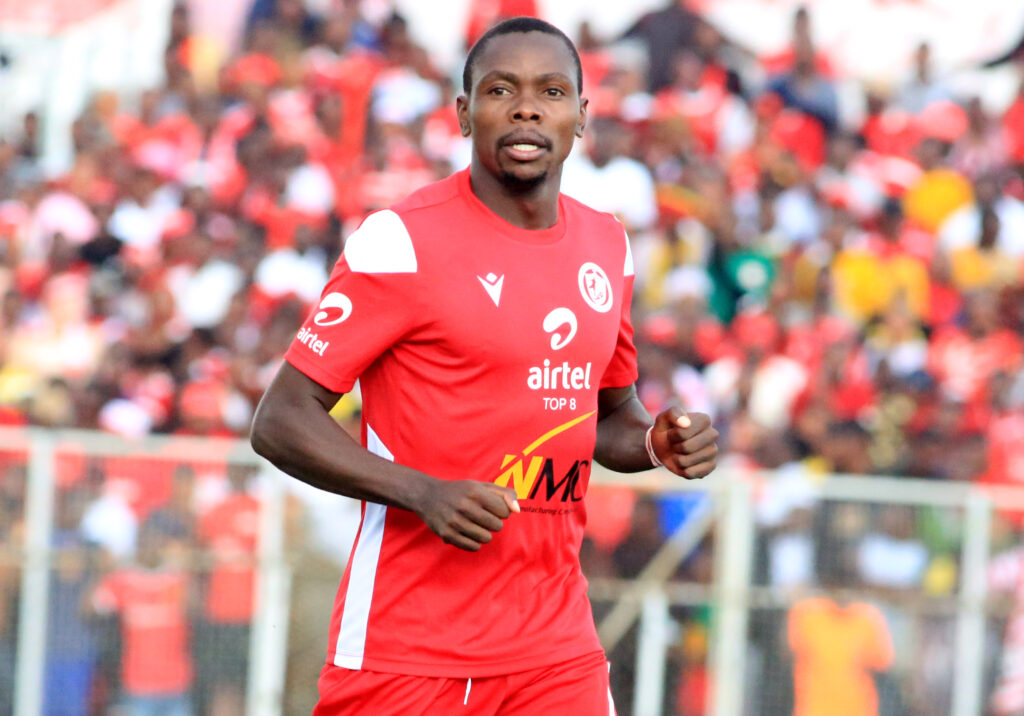 Today defenders on the opposition side dread the thought of being assigned by their managers to stop him. With his terrific acceleration and reach in-game reading, defenders, while trying their level best, have been made to look like they are shirking away from their rearguard responsibility.

Even the goalkeepers must refine their focus twice and double when facing him. The defender Gomezgani Chirwa has posed a threat of either scoring or creating a goal in every match he has played for Bullets this season.

That is just how prolific the 26-year-old has become in the top flight while donning the colours of The People’s Team. In the just-ended TNM Super League season, the defender had eleven assists under his belt and also managed to find the back of the net on two occasions. He scored the same number of goals in the FDH Bank Cup plus five assists of which three came in the final Bullets won 3-1 against their reserves side.

Chirwa has never enjoyed a fruitful season in his career like the one he is having now.  Already, he has scooped two monthly awards at the home of the champions of Malawian football. He was voted Player of the Month for October and his strike against Moyale Barracks was voted as the best in the month of November.

Three years ago, many or even Chirwa himself might not have envisioned himself turning out into the player he has become today. In 2019, the defender was plying his trade with the Lilongwe-based outfit, Civil Service United, who were deploying him in the centre-back position.

Arriving at Bullets, his new manager had other plans with him, seeing his days as a centre-half coming to an end. Detecting the ability to play on either side of the defence and progressively moving into the attacking zones, Pasuwa opted to get the central defender shunted out to the right back.

Well, we have seen football players worldwide shifting positions, but not all have proven fruitful. If we have learnt anything from history then it is that a shift in a role can either hamper or blossom the performances of a football player on the pitch. Examples are plenty.

Starting out as a left-sided defender, Gareth Bale went on to become the current leading top goal scorer for his country Wales after switching to an advanced position on the flanks. As a young player, Thierry Henry usually played as a forward but at Monaco, he turned into more of a wide-man. With this shift in role, the French football icon failed to lay his marker. During his early days in Turin while playing for Juventus he was at times deployed as a wing-back but that still did not get the best out of him.

For Chirwa, it can be said that the shift in the role at Bullets has turned out to be a real revelation. In the ongoing season, he has shown just how much of a productive player he has become with his contribution to our success by notching up a number of assists and goals.

Last Saturday, the wingback produced yet another performance that said pretty much about this. Against Silver Strikers in the semi-final of the Airtel Top 8 Cup at the Kamuzu Stadium, the versatile defender scored one of the most beautiful goals ever witnessed in the competition when his goal gave The People’s Team a halftime lead before further strikes from Ernest Petro and Mwaungulu completed the riot to send the defending champions into their second successive cup final in the 2022 season.

From 30 yards out, Chirwa arrowed the ball from the right towards the left-hand side of the post of Emmas Nyirenda, who, despite stretching fully, could not prevent himself from conceding the opener in Saturday’s tie-breaker.

The goal left many in total disbelief because of its quality. Others suggested it was not intentional, that he meant to cross the ball into the area. Nonetheless, when interviewed by club media, the right-back insists that he knew exactly his target.

“It wasn’t by sheer luck that I scored that goal. When I received the pass from Petro, I spotted the goalkeeper out of his line and I had to take it quickly. My instincts told me to shoot as I was very certain that the ball was bound to hit the back of the net,” shared the soft-spoken defender.

Chirwa has proved to have become both a versatile and readily available, reliable option. He is now capable of playing on either of the wingbacks. When on national team duties, he is mostly used as a left-back. Such is the versatility that has now made him a marauding general fitter in the defensive setups for club and country.

He is now adept at skipping away from an opponent with his pace, which has earned him the nickname ‘Sososo’, the name of one of the leading local commuter coaches in the country, known for their speed.

Asked as to how his pace has helped him in his career, Chirwa said: “I was born with it and it has helped me a lot because I discovered a hidden talent and when I started playing football, I had to use it to my advantage. Others may think it’s not normal but I was born with speed and I am using it to fulfil my potential.”

His pace is not only a weapon while on the break of a counter-attack but as well on recovery when the possession is suddenly lost. He seems to always be aware of the space he leaves behind when he storms into the attacking zones.

Chirwa flourishing as an out-and-out right wingback is a testament to Pasuwa’s foresight three years ago to shift one of his new signings then, a centre-back then from Civil Service United, into a role on the wide at the back.

The Malawi international has always been a gifted footballer but it is with Bullets, under the tutelage of Pasuwa that he now appears to be reaching the pinnacle of his career. This is something the defender can only attest to.

“He [Pasuwa] has played a very big role to transform me into the player I am today. I was mostly used as a central defender but when I arrived here, he saw my potential and turned me into a wingback, a position I am enjoying now. He is a motivator not only to me but to the rest of the players. When he sees talent in a player, he tries his level best to get the best out of him and transform him into a complete player and I am very privileged to work under him. I believe I will keep improving day by day,” Chirwa said of his mentor.

Making his remark about Chirwa and his sparkling performances, Pasuwa said that having the 26-year-old on his team is “a special blessing”. The Zimbabwean uttered this rather firmly and added that the club will eventually find it difficult to keep the defender who is getting better and better in each game he plays now.

“Since day one, this boy has always been very offensive and he is one person who can give us an attacking advantage in everything we do, a player who can give us speed, in attack and defence. He gives us something which is a plus for us and if he keeps on like this, he won’t be with us next season,” Pasuwa told the media soon after the 3-1 win over Silver Strikers last Saturday.

Saying this again, a shift in the role may either hamper or blossom footballers’ performances on the pitch or even shape the whole sequence of their careers.  Nonetheless, Chirwa switching to the wingback position from the central defensive role is one of the most successful players’ shifts in a role at The People’s Team. A massive revelation Pasuwa has unearthed so far in his ongoing reign at this all-conquering club.

Alongside his club captain Precious Sambani and Kesten Simbi, Chirwa has been nominated for the Nyasa Big Bullets 2022 Awards’ Best Defender of the Season and is also competing for the Player of the Season award against Patrick Mwaungulu and Babatunde Adepoju.

After helping the kings of Malawian football beat Silver Strikers in the semi-final of the Airtel Top 8, Chirwa will be hoping to be on top of his game again this coming Saturday as Bullets will be facing cross-town rivals Mighty Mukuru Wanderers in the final, our very ultimate assignment of the season, to be played at the Bingu National Stadium in Lilongwe.