How Bullets youngsters fared at Cosafa U-20 tourney 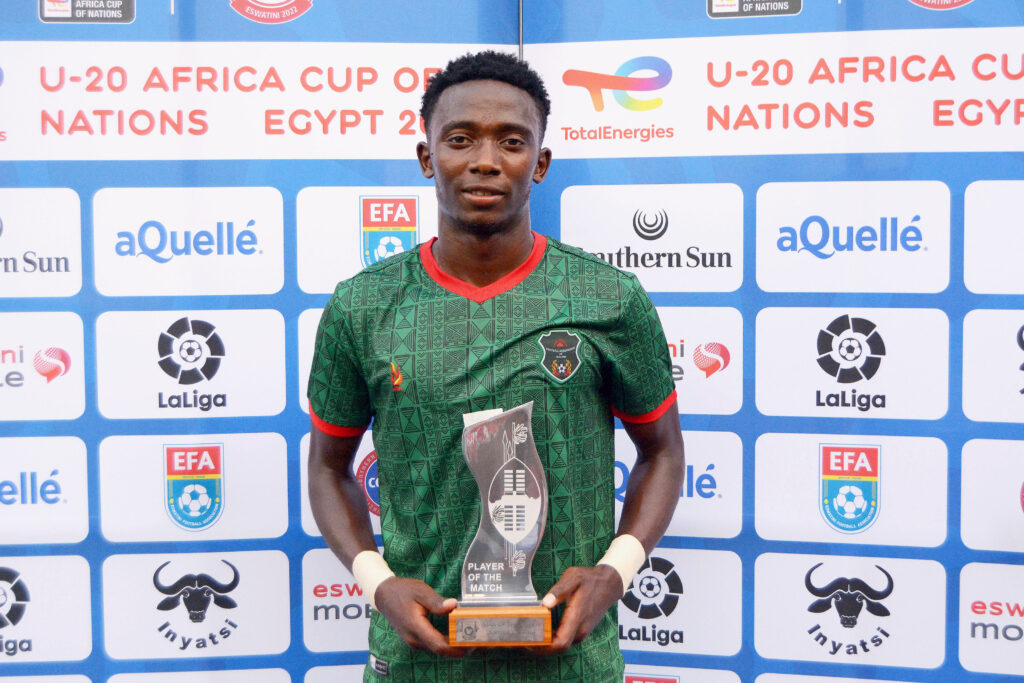 Six of Nyasa Big Bullets Reserves players are set to make a return from eSwatini following the Malawi Under-20 national team’s exit from the 2022 Cosafa Cup.

As they rejoin their teammates at the club level, we look closely at how the youngsters fared at the tournament.

As breathtaking as he has been for the Reserves this season, Chikumbutso Salima was also a puller of attraction on the international scene.

In eSwatini, Salima got himself an assist and two goals in three matches as well as getting awarded the Man of the Match prize for his marvellous display against Namibia.

Dashing into the area and then unleashing a crisp cut-back to set up Chifundo Mphasi to score the second goal for the Flames in their 2-0 win over South Africa.

Despite putting up a fine performance against Comoros Island, Salima was unable to prevent his country from a damaging 2-0 defeat. He bounced back from that disappointment with a splendid performance against Namibia, which saw him scoring twice and getting recognized with the MOTM award. It was just unfortunate that all that could not send the Flames through to the next stage of the championship.

Throughout this season, Happy Mphepo has been operating in the fulcrum of our Reserves defense but when Patrick Mabedi deployed him as a right back, the 17-year-old did not tremble but firmly shone in his makeshift duty at the tournament.

The ever-smiling young defender, who is only into his first season with the Reserves after graduating from the Bullets Youth started each and every game for the Junior Flames in eSwatini.

Foaming up with confidence, Mphepo even notched a lovely assist against Namibia. He dashed down the right flank and sent a low cross into the area which his club teammate, Emmanuel Saviel, made use of quite brilliantly.

Talking of the outstanding Junior Flames performers at the Cosafa games, Chrispine Mapemba was another teenager to watch. With the ball on his feet, the left winger always carried a threat to opponents in the final third and could track down with the team quite well, thanks to his workaholic deeds off the ball. He was a starter in all the matches Malawi played at the tourney and also scored an emphatic goal in the 5-2 triumph over Namibia.

His only start for the Junior Flames at the youth championship came against Namibia on Wednesday, but every time he was introduced from the bench, he looked lively and could pull the gears up.

On the day of the exit is when Kaponya enjoyed his best performance at the tournament where he basketed a brace of assists against Namibia. The forward cleverly set up his Bullets Reserves teammate, Salima, to open the scoring in the first half.

After the break, Kaponya showed a scintillating pace down the left before feeding his striking partner in Bullets colours back at home, Mapemba, with a perfect pass to lash the ball into the back of the bottom corner at the far post.

His homecoming today is after he has had a good tournament in eSwatini.

Our leading top-goal scorer in all competitions this season, Emmanuel Saviel, was used as a sub by Mabedi in all three matches Malawi played. Nonetheless, Saviel made his presence felt at every chance he was given at the tournament.

Against Namibia, he came from the bench to score really a beautiful goal which was the fifth for the Junior Flames on the day. He took a touch of a low cross from his club teammate Mphepo down the right flank and, on the turn, struck the ball with power to score. He will now be left wondering what would happen if he could have played more minutes than he did.

He was quite a reserved weapon at the tournament. The centre-back came from the bench against South Africa and helped the Flames to earn a clean sheet and a vital 2-0 win. His only start came in the Namibia game in which he played quite well too.

There is no doubt that our youngsters bowed out of the international tournament in eSwatini shining, producing a number of three goals and four assists in three matches.

Mostly Enos Chatama will be pleased with how his boys performed on the big stage.

Although the fans will feel for the Flames for the exit, the unfortunate ending however somehow means that Bullets Reserves will benefit from it. They will now have their players back earlier than expected, a boost to their preparations for the upcoming final against their seniors in the FDH Bank Cup on October 23.

Following the Flames’ early exit from the 2022 Cosafa U-20 Championship, the youngsters are expected to land in the country today. There will be no letting up for them as they are expected to shortly rejoin the rest of the Bullets Reserves in training.

Probably Chatama, the Reserves mentor, will want his players to put past the disappointment of going out of the tournament in eSwatini and now concentrate on the upcoming final and probably the ThumbsUp Southern Region Football league games prior to that.