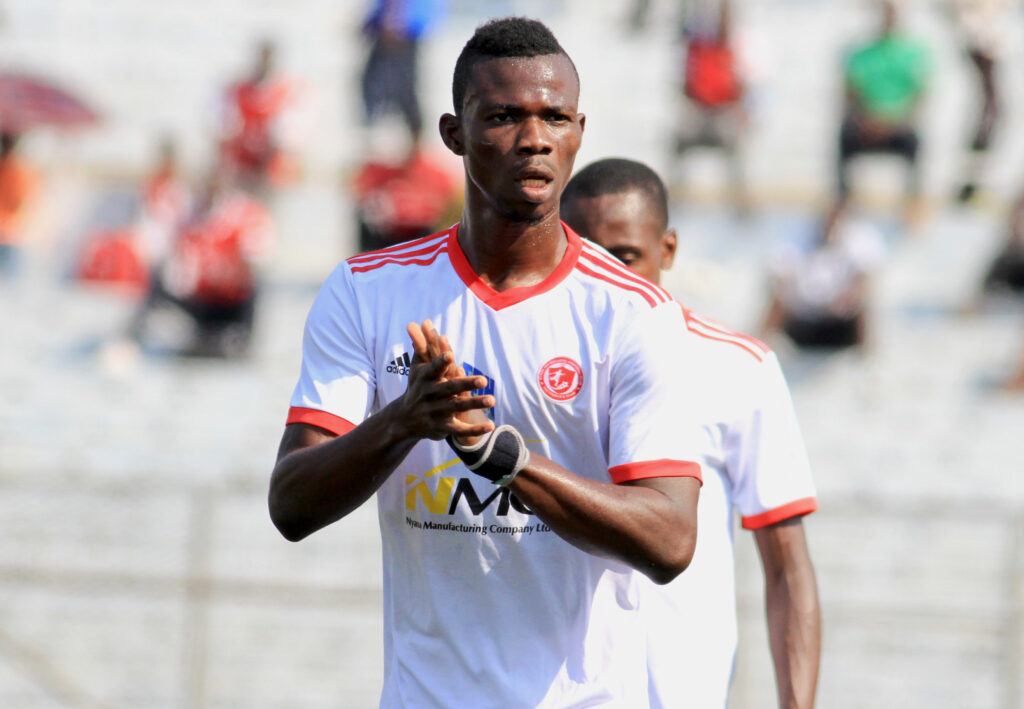 Winning the Airtel Top 8 Golden Boot six months after he joined Bullets in December, the Nigerian forward has also finished as the top scorer in the 2022 FDH Bank Cup competition with five goals.

The 27-year-old secured the award with a strike during Bullets’ 1-3 victory over the junior team in the FDH Bank Cup final played at Kamuzu Stadium on Sunday afternoon.

Expressing his excitement, Babatunde said: “I am very happy to have won my second Golden Boot award since joining Bullets. This feels great and I would like to thank my coach Kalisto Pasuwa, his entire technical panel and my fellow players but over everything, I am very grateful to God for being there for me.”

Speaking to club media, the forward revealed that it was not easy to settle down at The People’s Team following his move from Mighty Mukuru Wanderers, but Pasuwa’s faith in him kept him going.

“I joined Bullets because the head coach believed in my abilities to deliver for him because he saw my strengths even though it wasn’t easy for me to settle down knowing how big this club is. But I knew Pasuwa would be helping me to get better and that has happened because my game has improved, the pressure is gone and I am now enjoying my game.”

He declared his desire to continue scoring goals and help Bullets win games.

“I don’t want anything rather than continue scoring goals and help my team win. I am a striker and my role is to score goals for my team. I don’t want anything to affect me and make me lose focus, I will keep on pushing myself to win more so that I make a name for myself.”

On winning a third trophy since joining the club, he said: “I am overwhelmed with joy because these trophies add value to our CVs as players. In just a year with Bullets, I have won three trophies plus the Charity Shield and two Golden Boot awards, it can’t get any better than these achievements. So, as a player, I will strive for more because this is what I have been praying for.”

Currently, Babatunde is the leading scorer in the TNM Super League with 16 goals, followed by Muhammad Sulumba of Wanderers who has 15 goals.