Inside Bullets this week 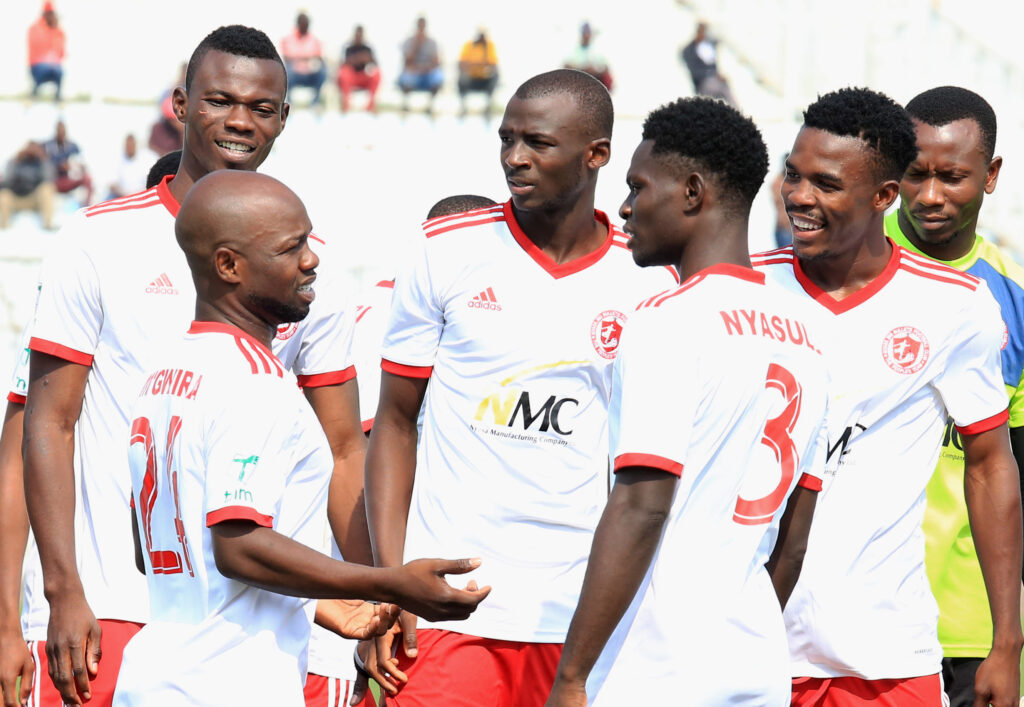 It’s a new week and an eventful one for Nyasa Big Bullets, mainly the first team and the reserves, who have TNM Super League and ThumbsUp Southern Football League fixtures lined up from midweek.

The busy week kicks off with midweek action away to Mighty Tigers at Mpira Stadium on Wednesday. This will be the first time for Pasuwa’s side to be hosted at Mpira Stadium in a competitive match this season after facing Sable Farming in a pre-season friendly in March.

A win on Wednesday will see The People’s Team edging closer to retaining the Super League title and will only need a draw in the next fixture against Moyale Barracks on Saturday to be crowned champions.

Beating Moyale in our 13th league fixture in this campaign at the Kamuzu Stadium will be icing on the cake as maximum points will mark the end of the 2022 TNM Super League championship race as we would succeed second-placed Blue Eagles’ maximum points of 65.

With four matches to play, Bullets are top of the league table with 61 points from 26 games while Eagles, who are remaining with three games to wrap up the season, have 56 points from 27 games.

It’s a crucial week for the first team, who, despite the busy schedule, can put everything to rest so they may switch their attention to the Airtel Top 8 Cup title defence.

With the Charity Shield, the FDH Bank Cup, and the Super League nearly back in our cabinet for a fourth straight year, the 2022 season will be regarded as one of the most successful seasons for The People’s Team after assembling a new squad just months ago which, according to Pasuwa, didn’t expect the youngsters to compete for trophies this season.

Straight from their back-to-back victories in the ThumbsUp Southern Football League, defeating Ntaja United 3-1 last Thursday, and a 4-1 post-match victory over Immigration FC in the quarterfinals of the Nyasa Capital Finance Cup on Sunday, Enos Chatama’s boys return to the field of play with another crucial fixture against Changalume Barracks on Thursday at Kamuzu Stadium.

It’s one of the three remaining games for our junior side before concluding the second round of the 2022 ThumbsUp SRFL, which will see the top four teams qualifying for the knockout stages of the competition.

After Thursday’s fixture, the young Bullets will host Neno Giants on Sunday and will remain with an away fixture to MDF Marine.

A win over Changalume Barracks will see Bullets Reserves dislodging MDF Marine at the top of the standings with 46 points before their next fixture. The defending champions are currently second on the table with 43 points.

Our women’s team will still not be involved in any competitive fixture as they wait for the Football Association of Malawi to release fixtures for the second round of the FAM Women’s Football League.

It has been a month since Maggie Chombo Sadik’s ladies got involved in the league after they completed the first-round fixtures in September.

As for the youth side, their journey in the First Capital Bank Under 20 League came to an end last Saturday when they played out to a 1-1 draw with Agumbala FC in the quarterfinals of the competition.

The first leg ended 2-1 in favour of Agumbala and this meant Autley Kalulu’s youngsters needed to beat their opponents 2-0 for them to progress to the last four.

It’s another frustrating season for Kalulu and his youngsters, who have missed out on the top prize of the Under 20 championship for the second year running.