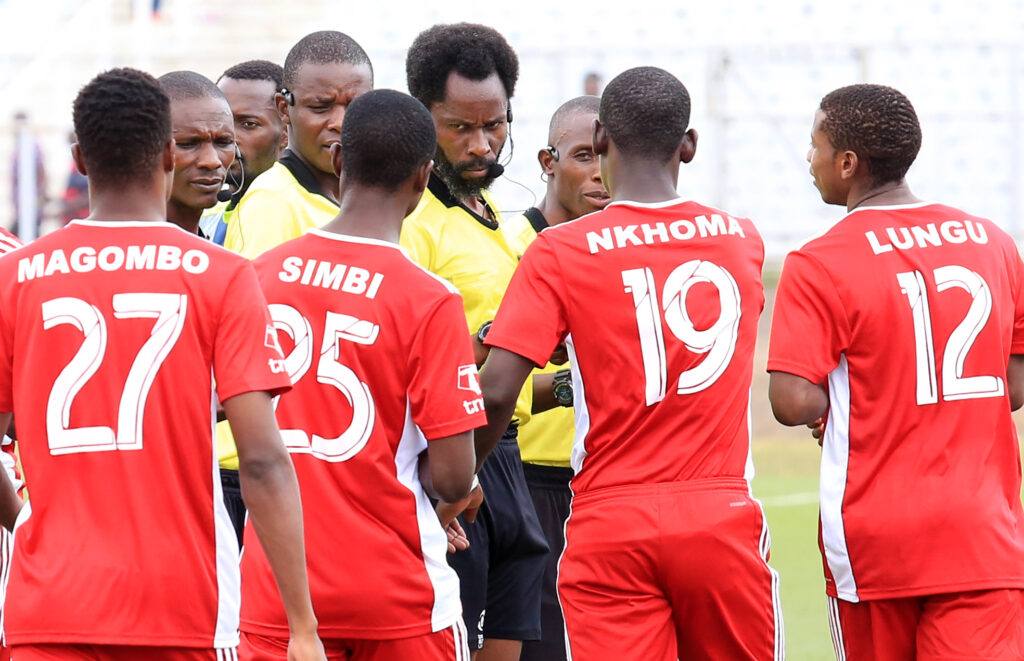 Nyasa Big Bullets will close their 2022 TNM Super League season with a home match against Dedza Dynamos at the Kamuzu Stadium this afternoon.

From sodden and dry pitches, The People’s Team has toiled to get the points which have reached Kalisto Pasuwa’s men at the finishing line of the title race as convincing winners of the championship. Now they head into the closing match of the season unworried of any result.

Going into the last match of the league, Maule are set to break a record they set back in 2018. Bullets became the first team to win the championship with the highest points than any other team for the past decade with 71 points. Should they win against Dynamos this afternoon, the points they have accumulated in this campaign will surpass that landmark.

The visitors have only managed to register a single win, two defeats, and two draws in their last five matches. Tomorrow the Dynamos will be hoping to finish their campaign with a positive result against us.

There is nothing on the line for the two teams in this closing match as any outcome result will not change how they are going to finish in the championship this year. Dedza Dynamos will still maintain their 9th position on the log table while Maule already have the championship crown on their head.

In our midweek league fixture on Wednesday, Pasuwa fielded a much-changed side against Karonga United and despite managing to produce a thumping over the northern region outfit, his side failed to maintain combinations in transitions.

Against Dedza Dynamos, who are largely known to be offensive, Pasuwa and his men will have to be more fluid and coherent in their play in order to produce a favourable result against a side they defeated 0-1 in the first round of this campaign.

On the last day of this year’s league campaign, Babatunde Adepoju may seal or let the Golden Boot prize award slip through his hands. The Nigerian striker needs to be at his best and at least get on the scoresheet in order to avoid Mighty Mukuru Wanderers’ Muhamad Sulumba from overtaking him in the top position in the TNM Super League top goal scorers’ chart if he scores a hat-trick on the final day of the campaign against Red Lions at Balaka Stadium.

Antony Mfune, Yankho Singo, Hadji Wali and Misheck Seleman will not be available this afternoon as they are still restricted to the sidelines due to injuries. Except for the four, all the boys are available for selection for the closing match.

Promise Kamwendo (Dedza): He nearly signed for The People’s Team when he had short trials with our Reserves but ended up in the books of Dedza Dynamos. In his first TNM Super League season he has managed to get the back of the net eight times for the Dedza-based outfit and this afternoon he will be hoping to prove a point against a club that he nearly joined.

As this is, Kamwendo and Magombo are the two players from both sides the fans must be on the lookout for this afternoon.

Today is the day! Nyasa Big Bullets can now get hold of a bottle of champagne and send the fireworks cracking in celebrating what has been such a remarkable season they nearly went unbeaten as they only lost once throughout the 2022 season.

Pasuwa on facing Dedza on the closing day

“It is the last game of the season in the league. The problem that we incur at times is about the attitude of the boys where at times they can easily go into the field of play saying we have won the championship. But we sat down and talked to them, you saw even the last game that we played; it was again after a pep talk at half time that these boys had to change their attitude in the second half of the game and started playing very well.”