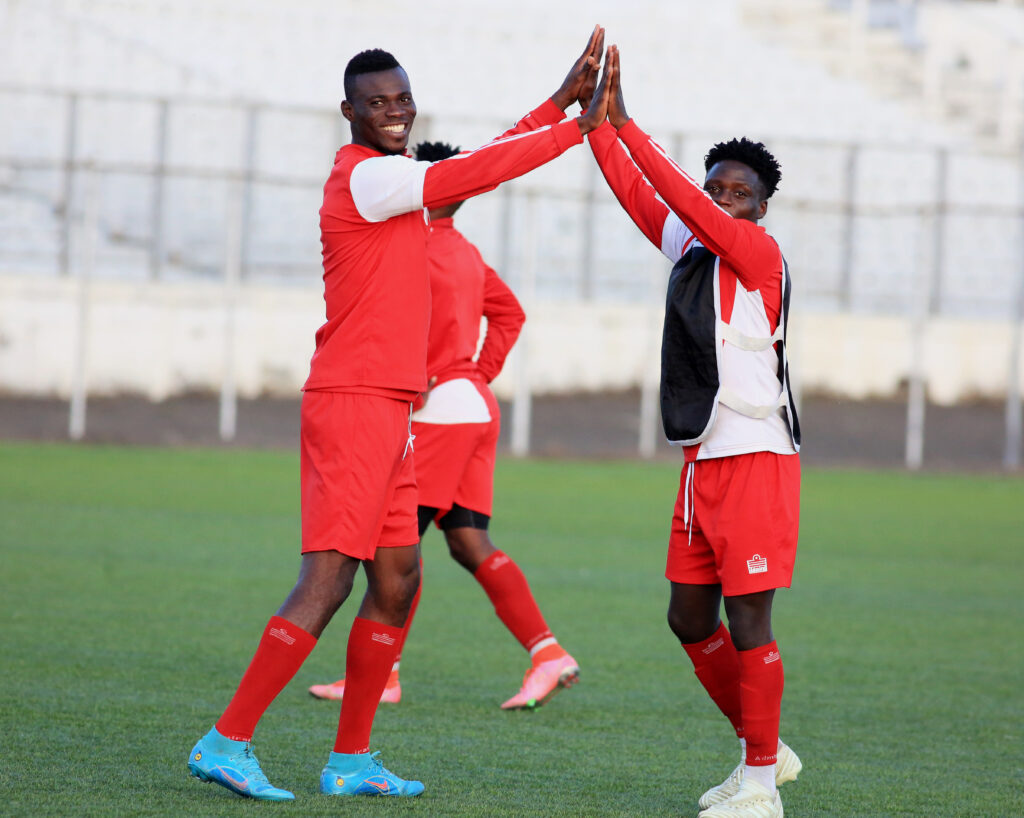 Nyasa Big Bullets return to Kamuzu Stadium this Friday when they play host to Sable Farming in the TNM Super League final match of the first round of this campaign.

Bullets are coming from a hard-fought 0-1 victory over Kamuzu Barracks at Civo Stadium last Sunday, their 13th victory of the season from 14 games played, with two of the matches ending in draws.

Now Kalisto Pasuwa’s men will firmly focus on finishing the first round on a very high note to further widen the gap between them and fellow title contenders.

The 15-time league winners currently sit pretty at the top of the standings with eight points separating them from second-placed Blue Eagles.

Pasuwa’s men have collected all 27 points in their last nine successive matches, conceding six goals and scoring 28 and victory on Friday will see Bullets finishing the first round with 41 points.

At this stage last season, Bullets had 29 points, scoring 29 goals and conceding 11, six points behind the then log leaders Silver Strikers.

This campaign is the first time in eight years Bullets are finishing the first round on top of the standings.

Their Friday opponents, now coached by Macdonald Mtetemera following the suspension of Joseph Malizani, are currently 14th in the standings with 11 points, two adrift of safety going into their final two games of the first round.

Sable have scored 11 goals, conceding 15 and are winless in their last four matches.

With more fixtures coming in the second round, Pasuwa will likely make some changes to the squad that won last week and will be looking to welcome midfielder Ernest Petro who has returned after missing out on the last outing due to sickness.

Bullets will, however, be without John Lanjesi and left-backs Eric Kaonga and Alick Lungu, who are still recovering from injuries.

But there is good news in camp as center-half Kesten Simbi has recovered and is available for selection after he was substituted during Sunday’s victory at Civo Stadium after suffering an injury to his eye.

This will be the first meeting ever between the two teams in all competitions after the Chiradzulu-based side was promoted to the Super League last season, having finished as runners-up to Nyasa Big Bullets Reserves in the Thumbs Up Southern Region Football League.

Babatunde Adepoju (Bullets): He is a striker in top form. The Nigerian was again on target to inspire Bullets to last week’s victory against KB at Civo Stadium, scoring in the 74th minute. This was his ninth goal of the season as he continues his remarkable form since joining The People’s Team from Mighty Wanderers towards the end of last season. His creativity, pace and skill will be essential to Bullets’ cause in the search for maximum points against Sable.

Simeon Singa (Sable): The former Wanderers midfielder is back to his good form in the midfield of Mtetemera’s side. His ability to create space for his strikers is one of the attributes that make him one of the dangerous midfielders in the top flight. He has the skill to take down defenders, very creative and skilled. He will surely be vital for Sable Farming if they are to break down Bullets’ solid defence, which has just conceded six goals so far this season.

The match will kick-off at 14h30 and will be live on Mpira TV with updates coming via all our social media platforms.