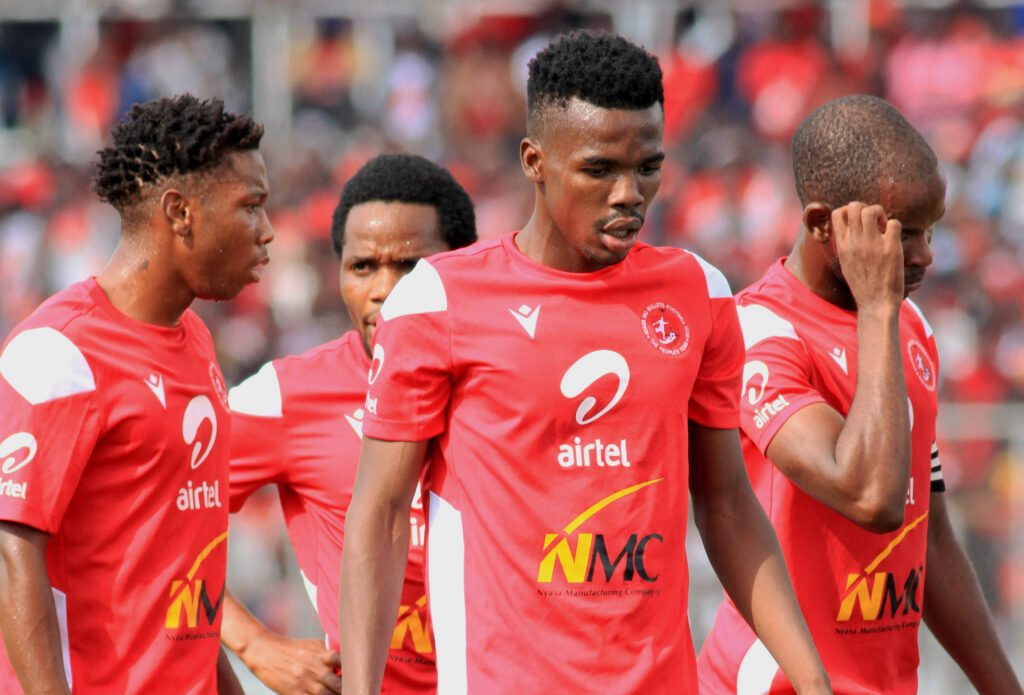 Nyasa Big Bullets continue the Airtel Top 8 title defence when they face Silver Strikers in the semi-finals at Kamuzu Stadium on Saturday afternoon.

Kalisto Pasuwa’s men return to action following a one-week break as they waited to know their last four opponents as Kamuzu Barracks battled it out with the Central Bankers for the remaining slot from which the Area 47 side triumphed 3-1 on goal aggregate to set up a semi-final showdown with the defending champions.

It’s another meeting between the old foes who have dominated domestic football for the past two decades of glory and agony.

Saturday’s clash promises to be an entertaining encounter, with the semifinalists’ technical teams taking pride in being possession-based.

The People’s Team and the Central Bankers both believe in keeping the ball for longer periods of the game and playing on the front foot, and owing to similarities in playing philosophies, the team with better-pressing schemes stand a better chance at progressing to the final which will be played at Bingu National Stadium on 17 December 2022.

ROAD TO THE SEMIS

Both teams overcame quality opposition to earn a place in the semis, but it was Silver Strikers who seemingly had a more formidable opponent as they needed a second-leg quarter-final win over Kamuzu Barracks following a 1-1 draw in the first leg.

For Bullets, the route to the semi-finals was not as treacherous as they had to go past a hapless Karonga United 8-1 in a two-legged affair after the first leg ended 7-0 at Kamuzu Stadium before a 1-1 second-leg draw at Karonga Stadium.

By playing at home, in front of thousands of their fans in red and white regalia, many would expect this to be one of those games, that on paper, should be a walk in the park for the Blantyre giants who have dominated domestic football this season having won both the TNM Super League and the FDH Bank Cup.

But as we know, football isn’t played on paper, it’s played on the pitch.

Despite being the dominant team in Malawian football for a while now, The People’s Team only managed to win this eight-team format last year since its inspection in 2017. And towards the end of the league campaign this season, Bullets, though they maintained their unbeaten run at home, struggled to get some positive results, drawing against Kamuzu Barracks, Civil Service United and Blue Eagles, something which coach Kalisto Pasuwa said it was normal as his boys were still in the learning phase.

However, Bullets are the masters of big occasions and will be expected to do whatever it takes to maintain their perfect home record over The Bankers, who lastly won a cup game away to Bullets in 2016 when they knocked The People’s Team out of the FISD Cup.

Since the Airtel Top 8 was launched in 2017, Bullets have played 13 games and are the highest-scoring team with 21 goals from which they have conceded five.

Their first match was against Saturday’s opponents in the two-legged quarter-final affair which they lost 1-0 in Lilongwe before a goalless affair at Mulanje Park in the return leg.

In 2018, they eliminated Moyale Barracks 1-0 in the last eight, Mighty Mukuru Wanderers 2-1 in the semis before a controversial 1-0 loss to Blue Eagles, who were awarded a penalty in stoppage time and resulted in fans violence and The People’s Team were eventually banned by the Football Association of Malawi from competing in the next edition of the Cup.

In 2021, Bullets came back with pomp. They hammered Mafco FC 5-2 in the two-legged quarterfinal matches before smashing Wanderers 4-1 in the semis to advance to the final. They won 5-4 on penalties following a 1-1 result in regulation time against Saturday’s opposition.

They are the current kings of this competition having won it twice. The Area 47-based side won the cup in its inaugural year in 2017 when they defeated Wanderers 10-9 on penalties. Even though they failed to defend the title the following season, they reclaimed the trophy in 2019 after they got the better of Karonga United with a hard-fought 1-0 victory at the Bingu National Stadium.

The Central Bankers have played 17 games in this competition from which they have scored 17 goals and their highest scoring match was in the 2020/21 season when they roasted TN Stars 5-1 in the two-legged ties at Chitowe Stadium.

Over the last seven years, The Central Bankers eliminated Bullets once in a Cup game at the Kamuzu Stadium where they won 0-1 in 2016 in the defunct FISD Cup quarter-final match courtesy of a second-half strike from Blessings Tembo and the last Cup meeting between the two teams at the facility was in December last year during the Airtel Top 8 Cup final in which Bullets won 5-4 on penalties.

The two sides will be meeting in a Cup game for the seventh time in seven years.

When they met in 2016 in the FISD Cup at Kamuzu Stadium Silver Strikers walked away with a 1-0 win to knock Bullets out of the competition.

In 2017, they met twice in the Airtel Top 8 Cup quarterfinal matches in which the Area 47 side knocked The People’s Team out of the Cup with a 1-0 win from the first leg as the second leg ended without goals.

The Central Bankers kept on haunting Bullets with yet another win in the quarterfinals of the 2019 FISD Cup with a 3-2 penalty shootout win following a 1-1 result in regulation time.

In 2020/21, they met again in the FDH Bank Cup quarter-finals at Silver Stadium in Lilongwe. It was a match which saw Bullets surrendering a lead twice to lose 4-2 on penalties.

But in the same season, Bullets finally got the better of their opposition in the Airtel Top 8 Cup final as they won 5-4 on penalties after the normal time ended 1-1 for Kalisto Pasuwa’s to win the trophy for the first time.

Overall, The Central Bankers have had an edge over their opponents in Cup games, winning four times and only losing once in the process.

Bullets will be without Anthony Mfune who is still recovering from the groin injury he sustained last month during the quarter-final first leg against Karonga United. But The People’s Team will welcome back Babatunde Adepoju and Yankho Singo who have recovered from injuries.

Lanjesi Nkhoma (Bullets): The youngster will require some special attention from Silver Strikers’ defence on and off tap-ins and through balls from Chimwemwe Idana’s led midfield footwork. It’s not a secret, the winger poses a threat to whoever comes up against and with two goals already to his name this season in this competition, he will likely go for the kill to continue his brilliant work ever since he got promoted to the main team from the Reserves.

Zebron Kalima (Silver): The skilful sky-blue winger will be turning up for another big match in which he has always presented himself as a thorn in the flesh for Bullets defenders. Banking on his pace and dribbling skills, the 22-year-old will serve as Silver’s focal point in his team’s initial move on the counter, with Chikondi Kamanga playing him from deep attacks and Kalima flicking on to Chawanangwa Kaonga or Stain Davie.