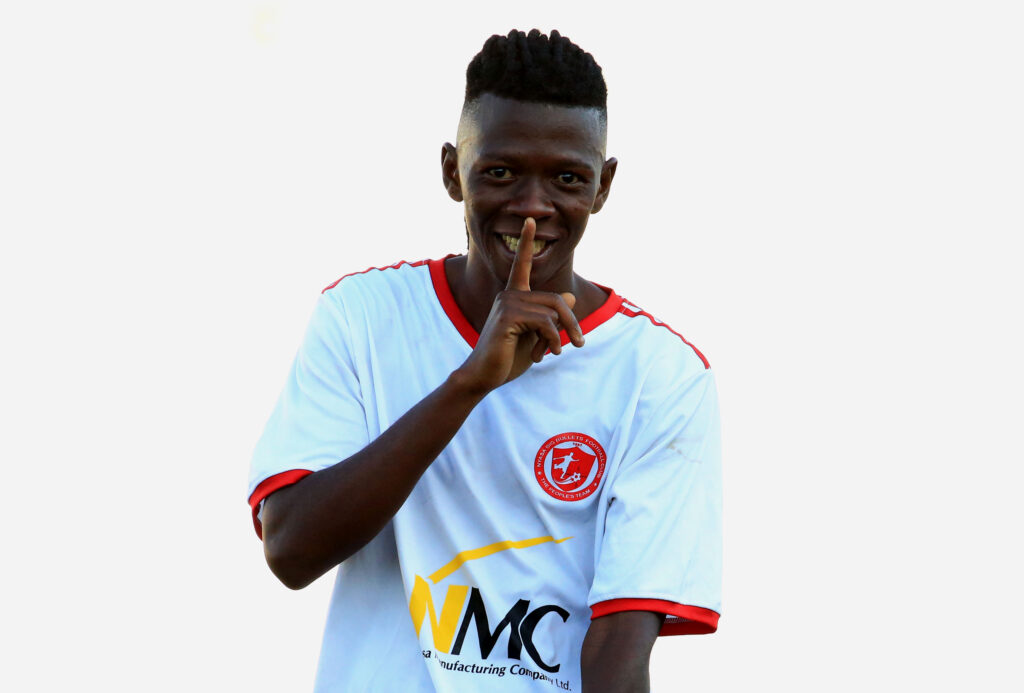 What seemed like an impossible barrier with so many failed trials to have the ball into the net, Bullets Women’s top scorer Mary Chavinda, with a pass from Shira Dimba opened the day’s scoring in the 18th minute, 1-0.

Tendai Sani should have made it two minutes later when she had an opportunity to pounce but the midfielder decided to pass the ball when she was within the capability of scoring.

In the 27th minute, Maggie Chombo’s ladies cried out to Chavinda for tripping within the box to give away an opportunity that had presented itself to find our second goal of the afternoon.

At 34 minutes, Chombo replaced Caro Majamanda with Vanessa Chikupila to add firepower and pace to her attack. The 26-year-old made an immediate impact to grab a brace within six minutes of her introduction, 3-0.

In the final minutes of the opening period, Sani had an opportunity to register her name on the scoresheet but her effort landed right in the palms of Evirom’s goalkeeper Loveness Chabwera, and that was it for the first half.

Eleven minutes into the second half, Fauza Mohammad made it four when she headed home from a rebound after Chabwera failed to get hold of the ball from Chavinda’s freekick 30 yards from goal.

Chikupila completed a hattrick just after the hour-mark when she was found in the area by Mohammad and pounced into the far post to make it five for Maggie Chombo’s ladies.

The forward nearly netted her fourth goal of the afternoon with a bicycle kick five minutes later but the Nyasa Big Bullets Women number 13 was unlucky to see her effort whistle over the bar.

Chavinda almost found her second goal of the afternoon in the 68th minute when she was set by Sheila Dimba inside the area. The striker, who leads the top goal scorers’ chart with 25 league goals this season, was however denied by the goalkeeper, who conceded a corner kick that the ladies in white and red couldn’t put into good use.

The forward was denied again seven minutes later when she saw her powerful strike punched away by the goalkeeper for a corner kick which Emily Jossam headed wide as she tried to find the near post.

The visitors found a consolation goal in the 78th minute through Wonderful Genala, who scored from close range when the Bullets ladies switched off in the defensive area and allowed the opponent space to advance into the box and find the back of the net, 5-1.

Chombo made her second substitution of the afternoon when she brought on Chimwemwe Billy for Sheila Dimba in the 83rd minute.

Bullets missed a chance to make it six when Mohammad nearly scored in the last two minutes with a header but the midfielder missed the target and it ended 5-1 after two minutes of stoppage time.

After the final whistle, Chombo said:

“I should thank the girls for the game well played despite all the missed chances. The main problem I noticed was the girls’ attitude, they were too relaxed because they’re used to scoring too many goals while our opponents came fully prepared since we hit them too hard in the first round. As a coach, I will make sure to fix the relaxation spirit because football is unpredictable”.

Bullets Women remain top of the table with 27 points from nine games, three above Ntopwa Queens, who have their tenth game of the season on Sunday. Chombo’s ladies have so far scored 90 goals.