Mponda: No favourites in Blantyre derby 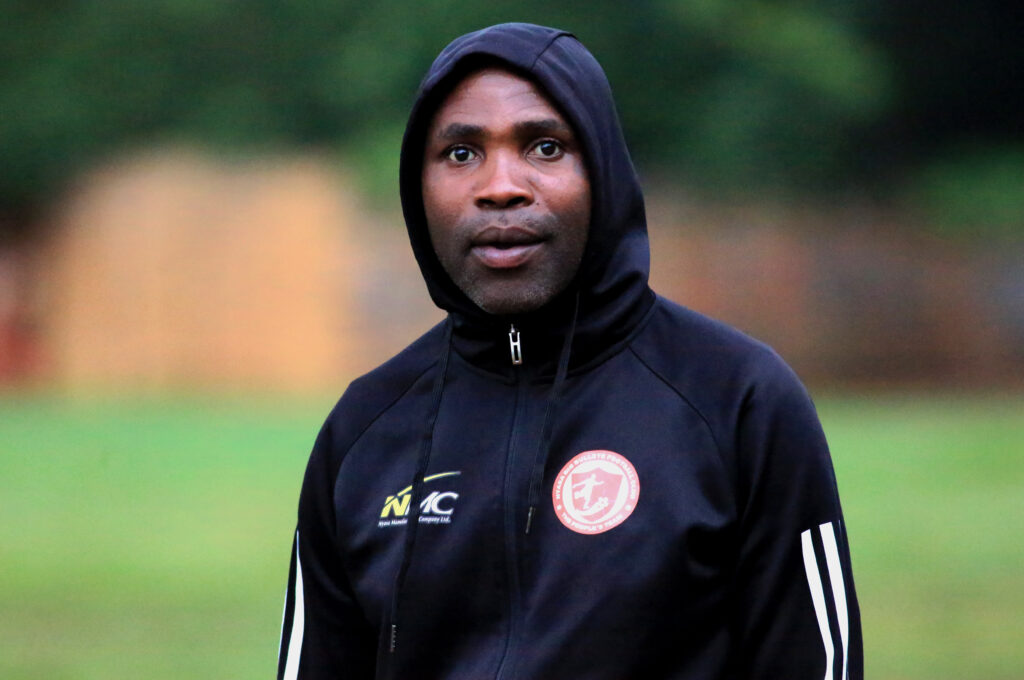 The People’s Team will be facing rivals, Mighty Mukuru Wanderers, in the Airtel Top 8 Cup final at Bingu National Stadium in Lilongwe.

Bullets search for their second ‘Zamadolo’ silverware when they face the Nomads, a side which has played second fiddle to Maule for the past decade in all competitions.

But speaking to club media ahead of the match, the Nyasa Big Bullets assistant coach said, on Thursday, that his charges must remain focused because there are no clear favourites when it comes to derby matches.

“The games between Bullets and Wanderers have no favourite and it doesn’t matter who has won who or who is in top form. It’s how one team handles the important 90 minutes and capitalizes on the flaws of their opponents.

“[But] I believe that the [Bullets] players want more despite already winning the league and the FDH Cup, they are hungry for more success and they will not relax just because they have had more victories over their rivals and it’s very good for us to defend this Cup so that we make history [by finishing with a treble],” said the former Bullets and Malawi captain.

With two trophies already banged, Bullets are just one match away from completing a treble, something which the second in command at The People’s Team observed will have a positive impact on the players, especially on how to handle pressure, adding a win will also be an early Christmas gift to the fans.

“If I say that we don’t have pressure then we will be lying because every job has its pressure, but it’s how we handle it. We managed to beat them at the same venue convincingly and we know that they will come hard on us, but we are also ready because we want to finish the season on a very high note.

“We feel we have an obligation to give an early Christmas present to our fans who have been very supportive throughout the campaign when others had ruled us out due to the rebuilding exercise we undertook earlier this year, so finishing the season with another trophy will surely reward our fans,” he stated.

The Nomads will head into this clash with flesh memories of what happened in the FDH Bank Cup when their red and white neighbours humiliated them with a 4-0 thrashing in September. But Mponda believes Saturday’s match will be different.

“Form doesn’t matter. We were on top of them in that game, but this is a different game. If we plan well and approach them the way we did in September, it will be another good day for us. But remember they have a new coach in the name of Mark Harrison, who has won all of the five matches he has been in charge of, so we anticipate a very tough match against an opposition that has only this opportunity to end their trophy drought.”

The defending champions will be without three players in this match, but Mponda was happy to reveal that the rest of the squad members are available for selection and ready for the battle.

He said: “Yankho Singo, Anthony Mfune and Misheck Seleman are out of the match, but apart from them, we have all the players fit and ready for the battle. We are well covered and hoping for the best on Saturday.”

Bullets arrived in the Capital City on Thursday when they proceeded with preparations for the upcoming fixture at the Lilongwe Golf Club late afternoon, in the chilly weather of Lilongwe, with Mponda taking charge of the team in the absence of head coach Kalisto Pasuwa, who is expected to join the team on Friday.

The clash on Saturday will be the first-ever meeting between the two Blantyre-based giants in the final stage of the Airtel Top 8. They have met twice in the semi-finals, with Bullets triumphing 2-1 in 2018 and 4-1 last season.