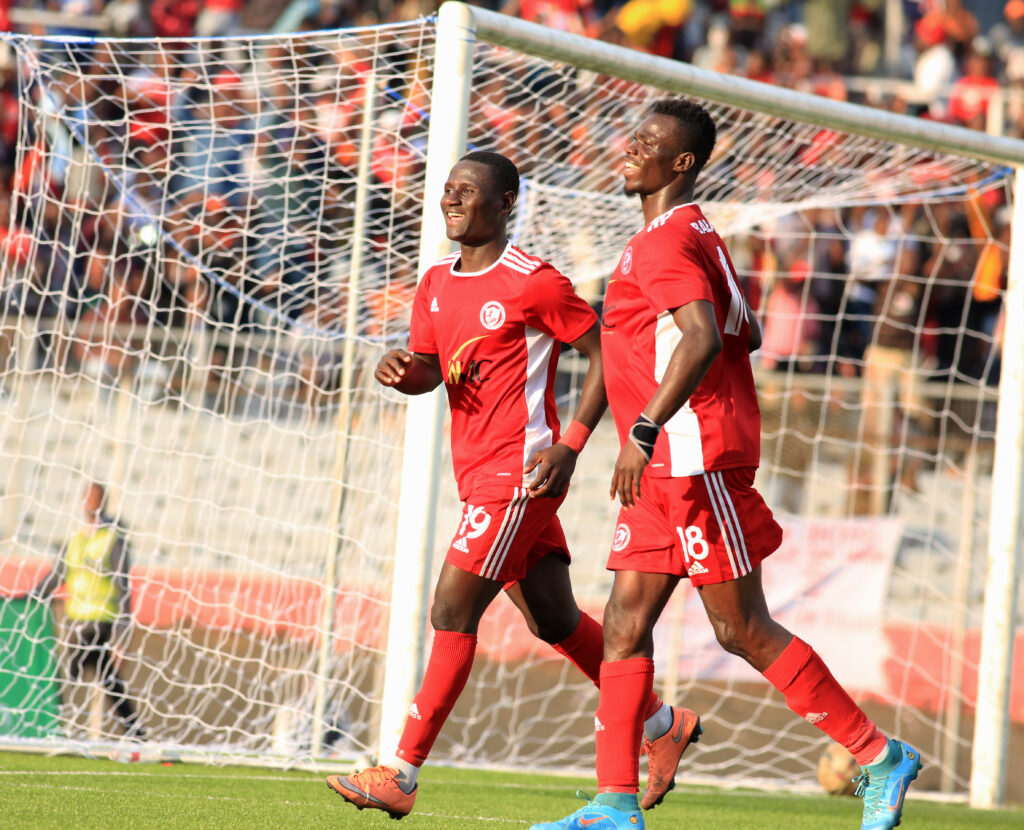 The month of June was not that hectic for Nyasa Big Bullets’ main team as they only played two games due to a two-week international break, but it was a busy period for the Reserves side, which played four games in all competitions.

The main team returned to action after the end of the international break with a home fixture against Mighty Tigers FC at Kamuzu Stadium.

After two weeks of inactivity, The People’s Team came out blazing and scored five goals past the hapless Tigers, becoming the first team this season to register such a scoreline in a single game.

It was also a day in which Lanjesi Nkhoma ended his goal-scoring drought by finding the net twice, with the other goals coming from Precious Sambani, Babatunde Adepoju and Patrick Mwaungulu.

After hammering Tigers, it was now time for the reigning champions to travel to Lilongwe to play Kamuzu Barracks in the final match of the month.

This was another ultimate test for Kalisto Pasuwa’s side, going into the match unbeaten with a seven-game winning streak.

With a dry and bumpy pitch, it was one of the toughest encounters as the two sides went to recess without goals.

But the resilience which has been there throughout the season saw Bullets scoring with 16 minutes to play and went on to register an important win, eighth in a row and their 12th victory of the season, opening up an eight-point lead over the second-placed Blue Eagles, who had earlier on dropped two points at home to Ekwendeni Hammers.

At this stage last season, Bullets had 22 points from 14 games and were six points behind Silver Strikers, who won the first round’s bragging rights.

The last time Bullets finished the first round top of the standings was in 2014 ahead of Mighty Tigers and Mighty Mukuru Wanderers and went on to win the championship.

So in total, Bullets have scored six goals in the two matches played in June.

Nyasa Big Bullets Reserves continued their remarkable run in June with a series of victories in two competitions.

Enos Chatama’s side hammered FOMO FC 8-1 in the preliminary round 1 of the FDH Bank Cup before beating Mubas FC (formerly Polytechnic) 4-0 in the Thumbs Up Southern Region Football League.

The boys went on to beat Ntaja United 2-0 in the FDH Bank Cup preliminary round 2 to progress to the national level in the round-of-32 against Super League side Mighty Tigers.

The team finished the month with a 3-1 victory over Mangochi United to reduce the gap with log leaders of the SRFL Group 2, MDF Marine, with just a point.

Bullets Reserves have played nine games, winning eight, losing once and they have scored 28 goals.

They will face Changalume Barracks in the final game of the first round and a win will see them topping the standings in Group 2.

Our ladies’ team continued their preparations for the upcoming FAM Women’s League and are yet to play in any friendly games in readiness for the new season.

The youth team (U-20) is also preparing for the upcoming season, which kicks off next month.

The massive fan base was on display as the team traveled to Lilongwe for Kamuzu Barracks. The People’s Team brought the Capital City to a standstill as they painted the town red following a 0-1 victory against the military side to ensure a top finish in the first round of the 2022 TNM Super League campaign.

Bullets senioBullets’will welcome the month of July with a home league fixture against Sable Farming on Friday at Kamuzu Stadium to wrap up the opening round, while the Reserves will travel to Zomba to face Changalume Barracks in the final fixture of the SRFL at Changalume the following day.