Pasuwa apologizes to fans as Bullets return to domestic action 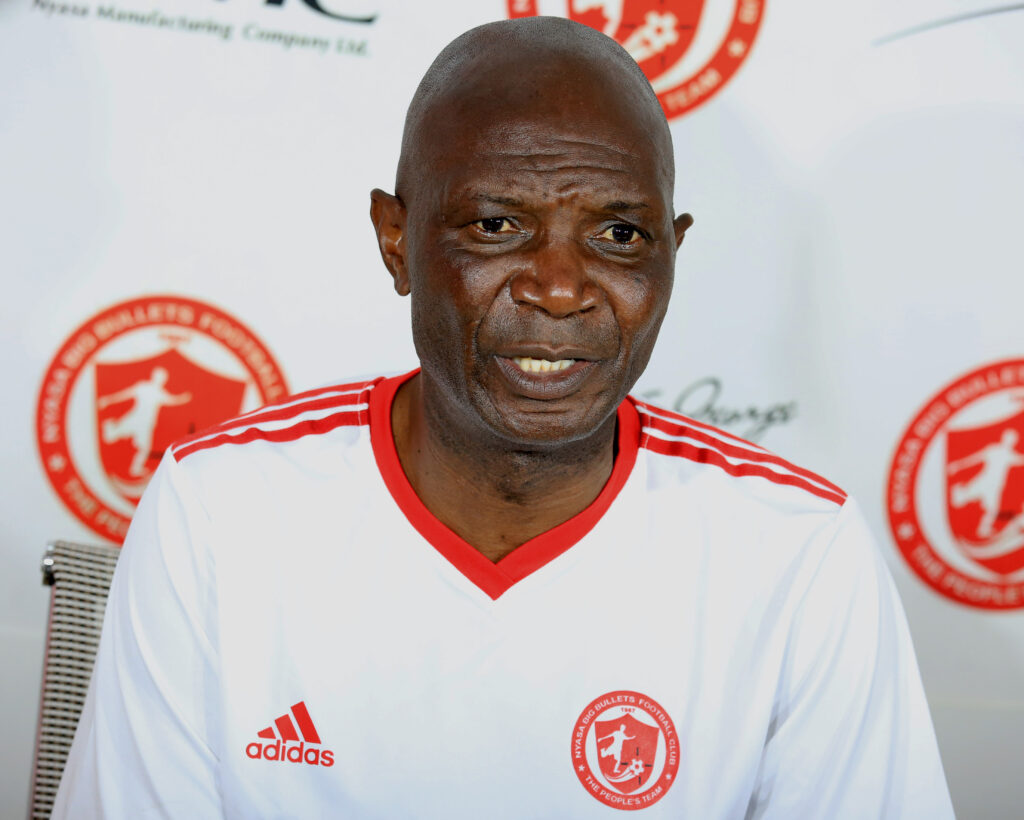 Kalisto Pasuwa has seen his side dominate local football but fail to qualify for the second preliminary stages of the TotalEnergies CAF Champions League after being knocked out by Tanzania’s Simba SC, 4-0 on aggregate.

Speaking to club media ahead of Saturday’s clash, Pasuwa clearly expressed his disappointment with how the Malawi champions performed. He went on to apologise to the fans, saying an exit from the continental competition is not what he anticipated, but there is a need to move on and focus on the future.

“It’s very good for us to return to domestic football after almost a month, but again my apologies to our fans for our dismal performance in the CAF Champions League. We didn’t do well, but that’s the other side of the game where you have high hopes but end up losing,” said the Bullets head coach.

The tactician was however adamant that his charges have learnt something out of the Champions League misery and is hoping to see them perform even better in domestic competitions for the remainder of this season.

“It’s a learning process and I am sure my boys have seen the other side of football and we hope we take that to our local games that we will be playing starting with the Wanderers game on Saturday and see how far we will go in this Cup competition,” he added.

Pasuwa was also quick to say it has never been easy to correct mistakes within the shortest period of time but he will ensure that his charges quickly move on from Simba SC’s defeat and concentrate on Saturday’s tie.

“The problem I am having at the moment is that we are doing a lot of things to the youngsters in a very short time. We are coming from CAF Champions League where we made several mistakes and lost and we will be in Lilongwe to face Wanderers before resuming League matches, which is very difficult for me as a coach to correct the mistakes. But we just need to adjust, motivate the players and hope for an improvement from them when we play on Saturday.”

The gaffer, who will be facing Wanderers for the second time within a month, anticipates a highly charged opposition.

“It’s a team we can’t underrate, they are the most experienced side in Malawi and this is a Cup game where once you lose, you are out. I am anticipating a very difficult match where we need to take care of everything when we play by attacking and defending with caution to avoid a repeat of what happened last time when we gave away a lead [twice] to draw 3-3. We will throw everything upfront and defend with everything so that we end up winning the Cup.”

Going into this match, Bullets have a record to maintain over their bitter rivals, who last tested a victory over The People’s Team in September 2021 after almost a decade of Bullets’ dominance.

On the other hand, Wanderers have a point to prove and possibly break their semifinal curse whenever they play their rivals, recently being the Airtel Top 8 Cup in which Bullets won 4-1 at Kamuzu Stadium, but Pasuwa says derbies are unpredictable and records don’t matter when football reaches this stage.

“It’s good to be maintaining records but in football, we shouldn’t be talking about history or records because they are meant to be broken and it’s never easy when competitions reach this level. We need to train well; we do what is needed and we win games. Of course, we need to keep the records good, but for us to do that, we need to do what is needed for that particular match.”

The Bullets mentor then challenged his boys to go on the field, up their game and show Malawians that they deserve to play in the biggest match on the land.

“We need the players to work hard. They don’t need to be forced. This is a derby where one needs to push himself. When I was playing in a derby, I wasn’t waiting for a coach [to push me]. Playing in this match is also motivation on its own, so let them go at BNS, play and show that they deserve to play for this club.”

The winner between the two teams will face Bullets Reserves in the final to be played at Kamuzu Stadium on 8th October 2022.

PrevPreviousOpponents watch: Bullets vs Wanderers
NextBabatunde: We need to focus and bounce backNext