Pasuwa: Everyone should be ready to play 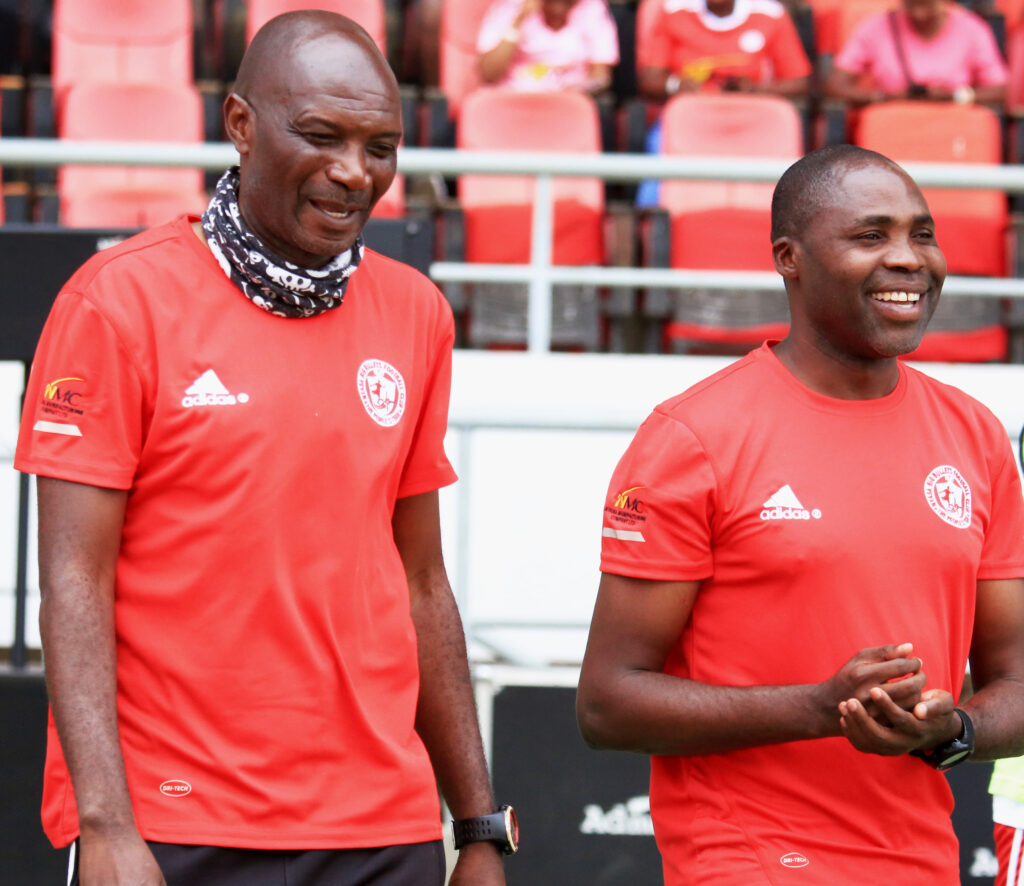 Kalisto Pasuwa has made enough turns around the block to develop a strategy to deal with the inevitable fixture congestion that will see Nyasa Big Bullets playing four games within ten days.

Bullets will play their second match in four days on Wednesday, facing Red Lions at Kamuzu Stadium in the TNM Super League after knocking rivals Mighty Mukuru Wanderers out of the FDH Bank Cup in a semi-final match at the Bingu National Stadium.

Still in the league, The People’s Team will on Sunday host Civil Service United, before meeting Sable Farming in another midweek assignment away at Mpira Stadium in Chiwembe on Wednesday.

Pasuwa’s side will then switch focus to the FDH Bank Cup final against their junior side, Enos Chatama’s Bullets Reserves at the Kamuzu Stadium on Saturday.

Speaking to club media on Tuesday, the head coach took us through how he will manage his squad to avoid injuries and complacency towards the last months of the 2022 season.

“I am one person who is [always] talking about managing these players. We have 30 players who were registered and everyone should be ready to play,” explained the Zimbabwean.

“We have been talking to them to prepare themselves for action because we can’t just be using the very same players, especially these guys who play in wide areas where they cover more distances than the rest, so we need also to be rotating them to have a good long life in terms of their careers.”

He also highlighted how his team has been preparing for Wednesday’s clash after returning to the training field on Monday.

“We played on Saturday and returned to Blantyre on Sunday before resuming our training on Monday with a recovery training. We pushed them on Tuesday where we upped the training to prepare them for the game tomorrow. We have a wide selection where everyone is geared to play and we hope the best selected 20 [players] will help the team carry the day.”

However, he warned his charges to anticipate a very resilient side against a physical Red Lions.

“[They are] a good team when playing us. Last time at Kamuzu Stadium, we struggled against them and they are very physical and they can pull a surprise against us. We have been preparing ourselves to play very well against them. We played Wanderers and that game is over, this is a Super League match which has a different approach,” said Pasuwa.

Pasuwa, who was left disappointed following his team’s exit from the CAF Champions League, further expressed how delighted he was with how his players responded to the back-to-back defeats to the Tanzanian side, Simba SC, succumbing to a 4-0 defeat on aggregate.

“We talked to the boys to forget about Simba’s results and move on to the next chapter. They played [in the] Champions League and saw football in another direction and I am happy that mentally, they had to quickly adjust to go and play Wanderers, one of the best teams in Malawi and won comfortably. As you know most of them are young, and pressure being too much on them, it has been a hectic and tiresome season for them, but I am happy with how they responded.”

Bullets will be welcoming back the trio of Lanjesi Nkhoma, Righteous Banda and Alick Lungu, who did not make it to Lilongwe due to illnesses. However, captain John Lanjesi is completely out of Wednesday’s fixture due to an injury he sustained on Saturday.

Last time out, Bullets registered a 2-0 win over the Zomba-based soldiers at Balaka Stadium.

A win on Wednesday will see the defending champions maintain their unbeaten run in the TNM Super League to 21 games and cement their grip at the top of the summit to 55 points with nine games left to play.