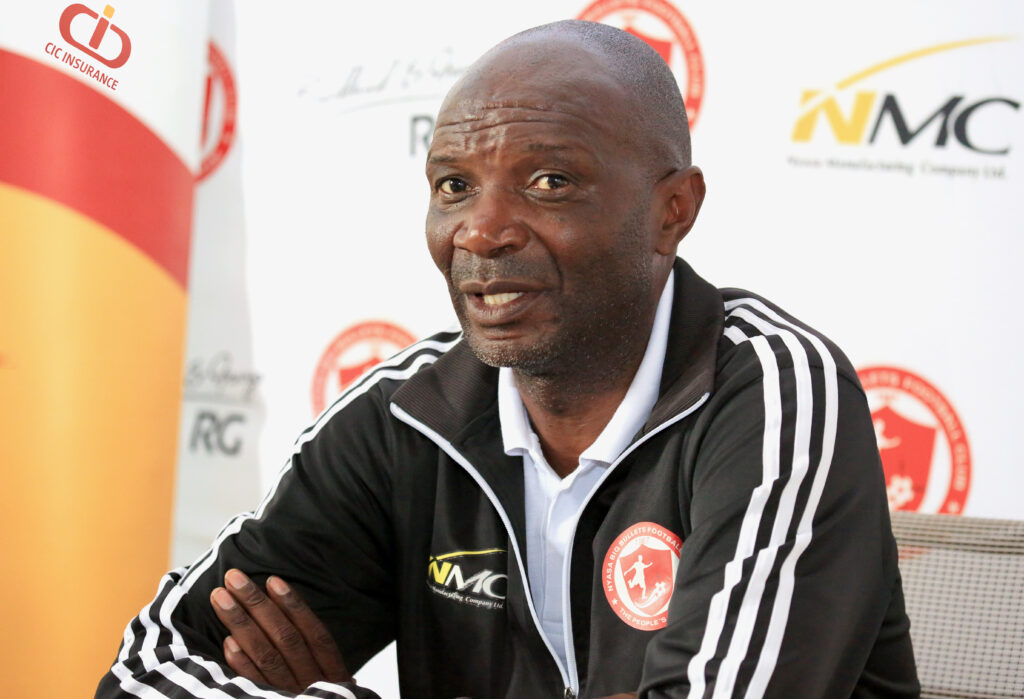 Nyasa Big Bullets head coach Kalisto Pasuwa was back in front of the media ahead of the TNM Super League tie against Mighty Tigers following a two-week international break.

Pasuwa talked about his charges’ preparations, his expectations from the match, about the international break which saw his side contributing five players to the Malawi national team and more.

You returning to the field of play after a two-week break, this time around against Mighty Tigers, how ready are your charges?

“We are very much ready. We have been preparing our boys since the last game we played in which we did well and we even told the boys not to take it into mind and focus on the next game on Saturday. We [know] we need to work hard in order for us to get the result, but again, like last time we played, we need to attack when we are playing at home.”

You are facing a team that is on a two-game losing streak, is it dangerous to face such teams at this crucial stage of the season?

“In football, everywhere, we have those teams that dominate in a league. They don’t have a small team that you can say it’s small or even a team that you can say they are not playing very well because when they meet you, they try everything to get results in order to make a name for themselves. So, we are also ready for such teams that will struggle against other sides but when they meet us we struggle for results against them.”

The two-week break you’ve had, was it helpful to your team after playing more games in April and May without a break?

“We needed this break and remember we had some of our guys who went with the national team and we also need to manage them because they are the same players who were playing last season for us and for the Flames at AFCON and they didn’t have enough rest. As a club, we take that into consideration and try to bring them back to their original state of fitness.”

Isaac Badu is now cleared to play, how excited are you?

“I am very much excited [that that we have him available]. But again it’s a challenge to him because it’s not easy for him to go straight into our back four because our defenders have been doing well, especially Kesten Simbi, whom we promoted from the Reserves last year and he’s been on top of his game in every match he has played this year, so it’s a challenge for him to rise up to the occasion and find himself a place in the starting eleven.”

Any injury concerns ahead of the match on Saturday?

“We have several players injured namely Alick Lungu, Erick Kaonga, John Lanjesi and Yamikani Fodya. It’s a challenge for us because they are all from the left side of our attack and defence, but again in football we prepare ourselves in having a balanced squad in every department and we hope this will work for us on Saturday.”