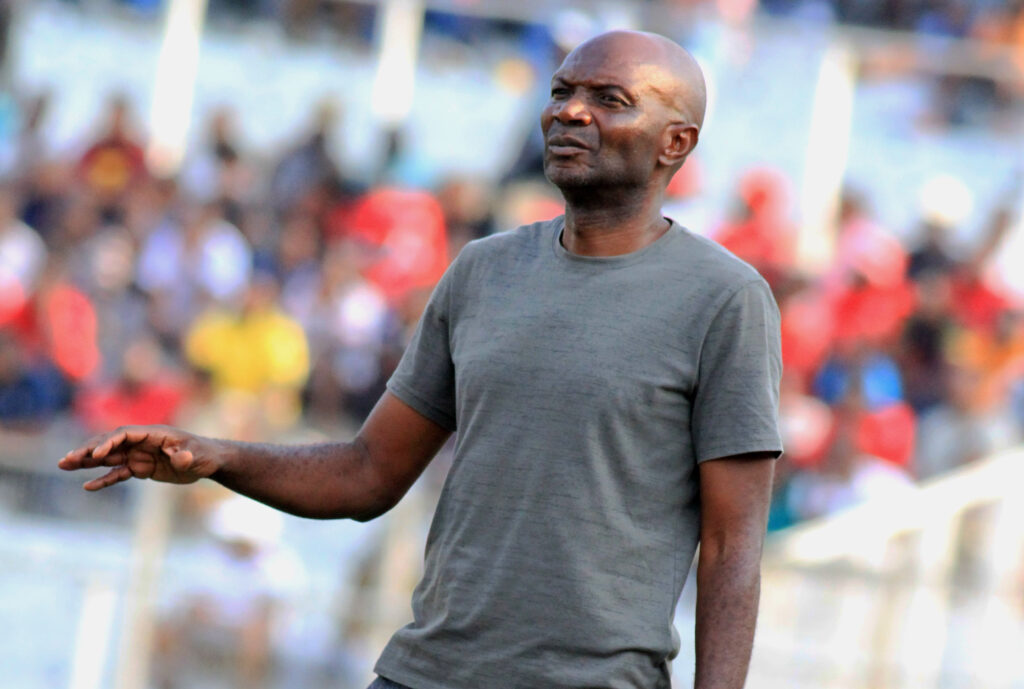 Kalisto Pasuwa was excited after seeing his Nyasa Big Bullets’ first team record a 1-3 win over their reserves side to be crowned the 2022 FDH Bank Cup champions at Kamuzu Stadium on Sunday afternoon.

Babatunde Adepoju opened the scoring in the 12th minute as he netted his fifth goal of the competition before Happy Mphepo equalized just a minute before the end of the opening period.

The main team completely dominated proceedings, especially in the second half where Chimwemwe Idana’s-led midfield could be seen completing more than thirty passes against their opponents who were now forced to sit back in defense.

With 1-1 at halftime, Pasuwa made two changes, introducing Ernest Petro and Stanley Billiat for Patrick Mwaungulu and Lanjesi Nkhoma in his attempt to regain control of the midfield which at some point belonged to the youngsters.

Idana and Anthony Mfune finished the job for Pasuwa’s side in the final half to punish the reserves who also forced a 1-1 stalemate in regulation time in the same competition last season before the match was decided on penalties to hand Pasuwa’s side a semifinal spot.

Speaking in a post-match interview, the excited Pasuwa said his charges were excellent and deserved to walk away with the trophy at the end of the match.

“[It was] very exciting to see how the players played especially in the second half,” said the buoyant Bullets head coach.

“We scored first but they equalized and you could see that they had more energy than us and made good runs into the spaces, which forced us to drop our tempo for us to pick up the momentum and it helped even though we went to the break at 1-1.”

Asked as to what made the difference in the second half, Pasuwa hinted that the half-time changes he made were critical to the senior team’s total dominance in the closing half.

“When we came back after the break, the boys were really good and they managed the ball by getting into the attacking third of the opposition and we got organized in all the departments although we committed some mistakes in our defence when we were caught in transition, we managed to solve it and managed to score two more goals,” commented.

The tactician then saluted his striker, Babatunde, for his overall performance in all the five games he featured in the competition to finish as the top goal scorer, saying he deserves the Golden Boot as he has worked hard.

“A hard-working boy and you can even see the way he does his things when he fights for every ball that comes his way. This shows something in him and that’s a winning character, hence scoring those five goals. He really deserves this award. As a coach, I am proud of his achievements.”

Pasuwa will now focus on completing the TNM Super League mission where his charges are on the verge of retaining the title for the fourth season in a row.

Bullets also have the Airtel Top 8 Cup to defend when the competition rolls into action later this month.

PrevPreviousReport: Bullets humble their Reserves to win the FDH Bank Cup
NextChatama’s reaction: We couldn’t match their 2nd half performanceNext