Pasuwa reaction: The opposition was hungry to grab the trophy 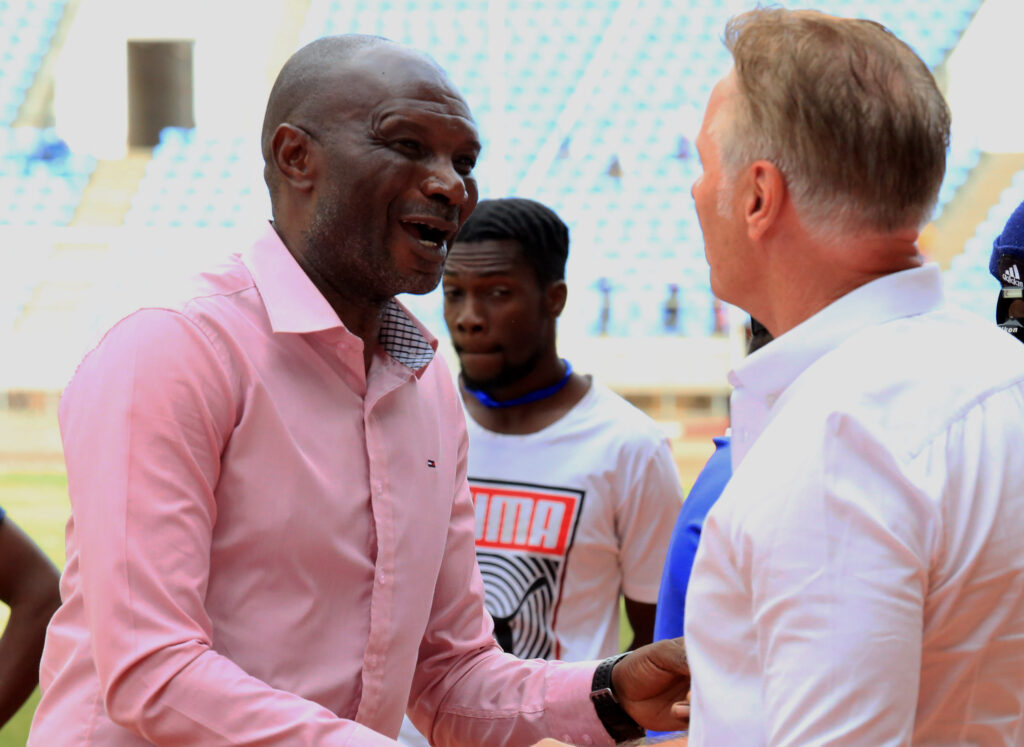 Bullets were targeting a treble heading into this final match of the season, but the dreams were shuttered when Kesten Simbi missed his spot kick following a goalless draw in normal time.

Reacting to the loss, the Bullets’ head coach said the Blantyre derby was a good game as he praised the Nomads for a gallant fight which saw them dominating the clash and win through spot kicks to end their three-year trophy drought.

“A good game played by two teams who wanted to grab the cup,” commented Pasuwa in a post-match press conference.

“But again, well done to the opposition, a team which was hungry to grab the trophy on the very last day of the season and that was the difference where you could see them all over us in every department in areas where we should have dominated.

“We were very slow in circulating the ball as we are used to, but that’s football, we move on and face the future with hope,” the Zimbabwean, who has led The People’s Team to a fourth straight TNM Super League title and the first FDH Bank Cup this season, shared his thoughts.

The gaffer, who assembled a new team at the beginning of the 2022 season, having released eleven senior players, hailed his players for an excellent season they have had where besides winning the two national competitions, also defended the Charity Shield.

“Again, these are youngsters who have been playing very well and one loss at the end of the season doesn’t take away the fact that they have extremely done well this year and I am very proud of what they have achieved. I will not take away everything from them and I am very optimistic about how they will perform next season. So, kudos to them, I salute my players,” he spoke highly about his team.

Saturday’s loss was the second for Pasuwa in domestic competitions this season after suffering the first one in the TNM Super League at the hands of MAFCO. The other defeats came in the CAF Champions League against Simba SC of Tanzania, losing 0-2 at home before going down by the same margin away in Dar es Salaam to exit in the preliminary round.

It is also the only defeat against the Nomads this season, having beaten them 2-1 in the opening round of the Super League before sharing the spoils following a 3-3 stalemate in the second round, followed by a 4-0 victory to Bullets in the semi-finals of the FDH Bank Cup.

Before Saturday’s final, Bullets had never lost to Wanderers at the Bingu National Stadium in competitive action since the facility was opened in 2017.