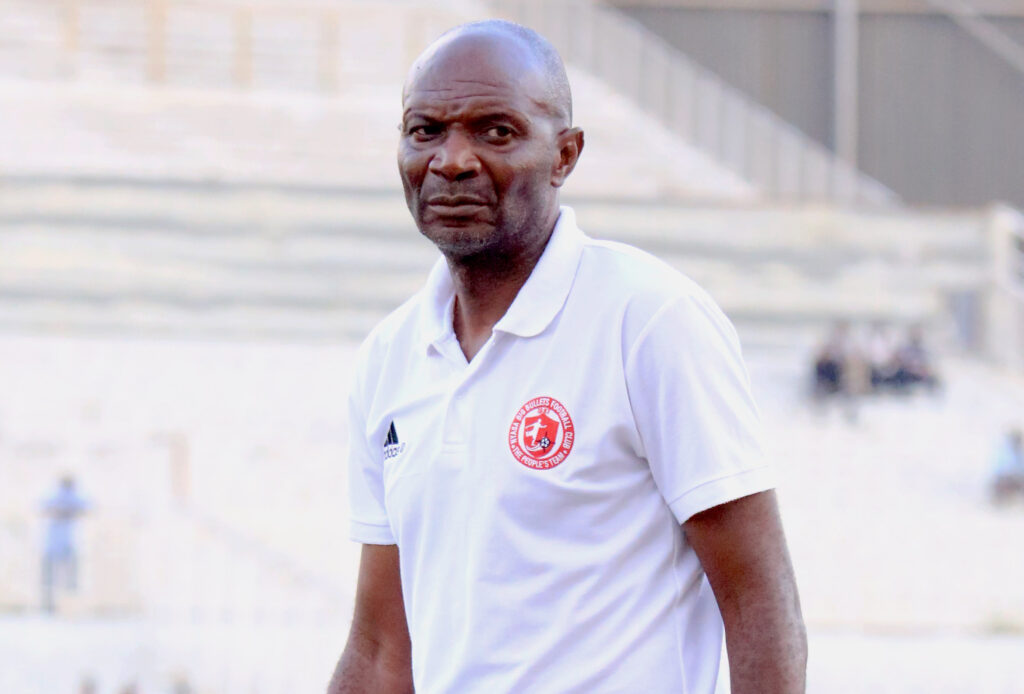 Shortly after the midweek TNM Super League fixture, Kalisto Pasuwa faced the club media to share his reaction to the latest home win over Karonga United at the Kamuzu Stadium.

Hassan Kajoke scored twice as Stanely Billiat and Righteous Banda came off the bench to score a goal each to give The People’s Team maximum points at home and take the tally to 70 with a game to play.

The Nyasa Big Bullets head coach assessed how the boys performed on Wednesday afternoon and other talking points from the match. Below is every word Pasuwa said about the encounter:

On the team’s performance

“It was a game maybe in the first 10, 15 minutes we were jittery in keeping possession and then they (Karonga) settled in the coming 25, 30 minutes. You see it’s complacency in these boys, they were thinking maybe it is going to be easy to take three points but these guys (the visitors) were more organized.

“You could see ten of them going behind the ball allowing us to play our passing game in front of them and the moment we got into their areas they were pressing us. But once again the guys came well in the next minutes after being scored, they equalized and we started to be thinking defensive-wise. And I think with that kind of attitude we will go far.”

On Billiat coming from the bench to score

“Remember Billiat has been with us for two seasons. He has not been given that game time and the same position he plays is where Patrick Mwaungulu also plays, so we took Patrick who started playing also well [as a regular], but again the boy is such a good hard-working player who if he keeps his heart cool, he will go far.”

On Babatunde being kept at bay

Very quiet of Baba today and that is the pressure that I have been talking about. Maybe he is giving himself too much pressure [chasing the Golden Boot], but we will sit down and talk to him and try to help him as a coach.”

“Fairly they did well. Maybe the approach they took when we started the game [was not positive, but] as the game settled you could see the boys showing themselves and one good example was the boy Thomson Magombo – very flair in his movement getting into the attacking spaces and most of the times dominating possession.”

On meeting the gradually improving Karonga soon, again in the Airtel Top 8

“You saw the way they were playing; 4-4-2 most of the times having wide players where they would be bringing the balls into the box, that is one area where we need to work on especially on our defensive part of it. That’s the type of play they will play and with those bumpy pitches, they are very good on them and you could see even the second balls they can attack. We need to improve on that for us to do good when we go for the [quarter-final] return match.”

On keeping on after winning two trophies already this season

“As Bullets we play each game as it comes. We have played a league match today and weekend we will play another one, and then we will see how those games come. What we need is to approach the games positively.”