Pasuwa reacts to 1-1 result against Karonga 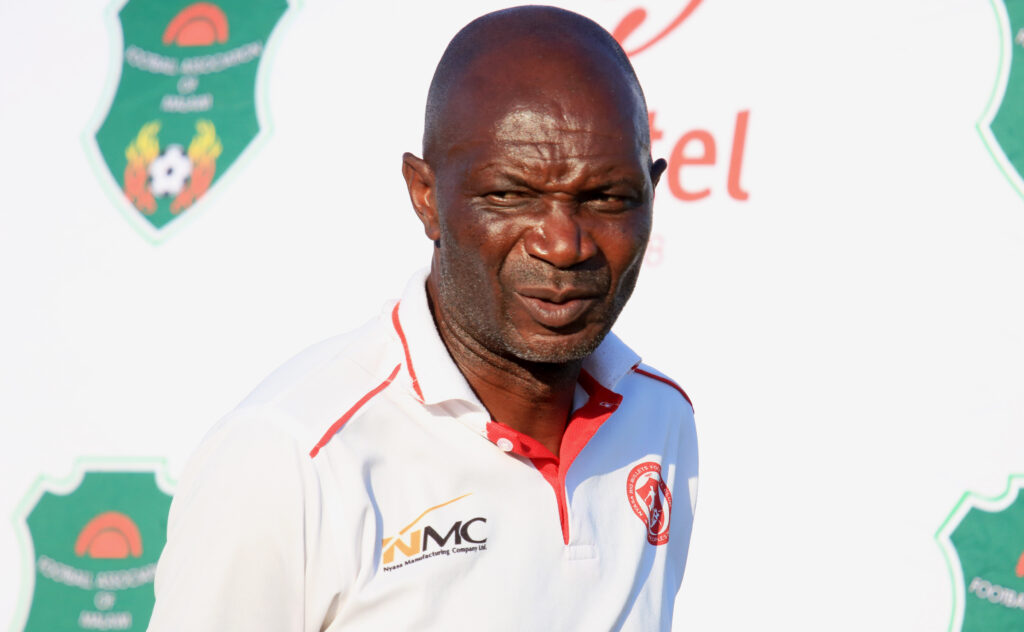 Kalisto Pasuwa was somehow left disappointed with the officiating during Nyasa Big Bullets’ 1-1 draw away to Karonga United in the Airtel Top 8 quarterfinal second leg.

Hassan Kajoke opened the scoring for Bullets before Mphatso Kamanga equalised for the hosts in the 63rd minute in a match refereed by Mercy Mziya on Saturday afternoon at Karonga Stadium where she was assisted by Elias Chikolela and John Limbani, with Easter Zimba as the fourth official.

The Bullets head coach, who rarely comments on officiating, questioned how some of the decisions were made especially against his players throughout the match.

“A good game where also I thought maybe I should talk about officiation. I am one person who doesn’t complain of officiation but some decisions were made and disturbed play. A light knock on our boys getting into the opposition was a foul and when against us, everything was played on, so I am saying we need to do much in terms of officiation for us to have a balanced game,” commented Pasuwa in his post-match interview.

On his team’s performance, he said: “My defenders were hesitant to play it out from the back as they were looking for the strikers up, but well done to our forwards who played well, they scored a goal and we were trying to manage the ball in the central midfield where they overpowered us, but once again, we held on and we are through to the next round.”

The tactician, who is looking to defend the Airtel Top 8 Cup that will win him a treble with The People’s Team this season, was then again left impressed with how the substitutes he introduced changed the complexion of the game, especially where Bullets struggled to regain possession in the midfield.

Pasuwa brought on Righteous Banda for Thomson Magombo in the 62nd minute, while Misheck Seleman, Mphatso Magaleta and MacFarlane Mgwira were introduced to replace Henry Kabichi, Alick Lungu and Precious Phiri in the 73rd minute.

“Those guys came in to try to stabilize the midfield where our opponents were always winning the ball and attacking us, so we brought them in so that they control the tempo of the match in the midfield and also have an offensive prowess going forward, it worked and we didn’t concede another goal,” he explained.

Despite the 1-1 draw away in Karonga, The People’s Team progressed to the semifinals of the Airtel Top 8 Cup on a 1-8 goal aggregate following a 7-0 thrashing of the Ingwinas in Blantyre three weeks ago.

Bullets will play either Kamuzu Barracks or Silver Strikers in the last four of the competition they won last season.

And commenting on the opponents his side might face in the last four, Pasuwa said his charges will prepare for any team that will make it through to the semifinal.

“As Bullets, we will get ready for any team that comes our way, but we need to be very serious in whatever we do. We don’t need to underrate teams because you have seen how these guys played today after we hammered them in the first leg, they [Karonga] came hard on us, so we need to take every game seriously because it is over until we play to the final whistle.”