Pasuwa: We need to work on the mental aspect 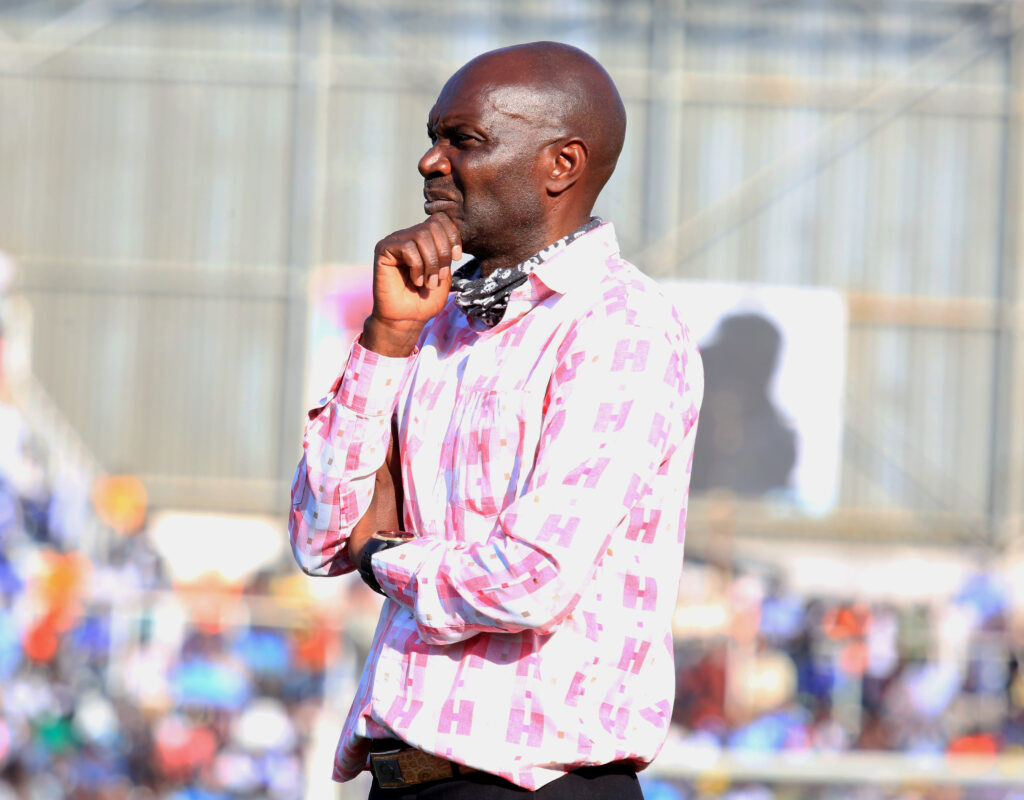 Nyasa Big Bullets head coach Kalisto Pasuwa says the team needs to work on the mental aspect after his side gave away a lead with two minutes to play in the Blantyre derby to draw 3-3 against Mighty Mukuru Wanderers at Kamuzu Stadium on Sunday afternoon.

Bullets were 2-0 up inside the opening 20 minutes through Lanjesi Nkhoma and Patrick Mwaungulu’s goals, but with ten minutes left to play in the opening period, Wanderers brought themselves back into the game after goalkeeper Clever Mkungula brought down Vincent Nyangulu inside the penalty box, allowing Stanley Sanudi to reduce the arrears before the break.

In the second half, Chimwemwe Idana restored the two-goal advantage and the visitors were on the verge of claiming another victory over their crosstown rivals only to surrender the lead with two minutes to play to end the match at 3-3.

Reacting to the result that left Bullets disappointed, Pasuwa said whatever was happening with his team had everything to do with the mental aspect of the game, saying it is of utmost importance to fix this problem.

“I think now we also need to work on the mental aspect of it where every time if the team is leading even 3-1, 3-0, we relax and start conceding unnecessary goals. You can see that we would have won this game but that penalty brought them back into the game and the other goals started coming in the second half after we sat at the back to defend instead of maybe pushing in spaces to create more scoring opportunities,” explained the Zimbabwean.

The tactician was quick to deny that his charges were now under pressure following Blue Eagles’ win on Saturday, cutting the gap to 10 points with the Lilongwe side, second-placed in the standings, having a game to play.

“We wouldn’t say so. I told you last time that we are in a learning phase. These are some of the aspects of the game which we need to learn something from. It’s now three games at Kamuzu Stadium without registering a win, so we need to learn how we can play at home and defend our lead when we have one,” added Pasuwa.

On turning things around, Pasuwa said: “This is a mental thing that we need to sit down with the players and talk to them just because they can mark and they can score, but defending set pieces is becoming a big problem. Wanderers scored all the goals through set pieces. We have the right players to turn things around for the betterment of the team.”

The head coach was also quick to praise his players’ abilities to create and score goals. Bullets have scored 16 goals in six straight matches in all competitions.

“We played very well and if one team is able to score three goals it means they are playing very well. Apart from this game, the boys have found the net 16 times in all the six matches we have played across all the competitions, an indication that we are good going forward, but finding it very difficult to defend, something which I am sure we will sort out and improve so that we do better in the upcoming games.”

Up next for Pasuwa’s side is a Northern Region trip to Mzuzu where Bullets will play Chitipa United in the quarterfinals of the FDH Bank Cup on Saturday.