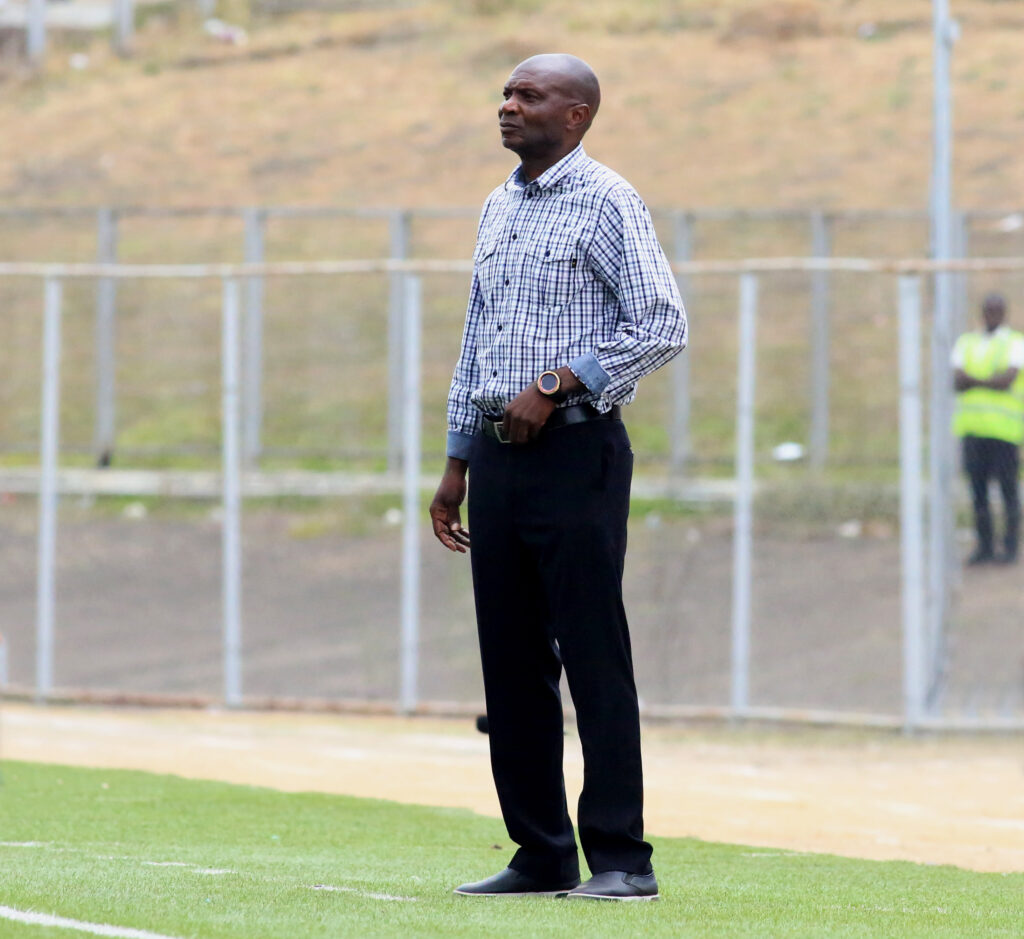 Despite beating Red Lions 3-1 in the TNM Super League on Wednesday afternoon, Nyasa Big Bullets head coach Kalisto Pasuwa was not happy with his players’ attitude throughout the match.

The People’s Team returned to Super League action at home for the first time in a month after spending weeks on the road for CAF Champions League and FDH Bank Cup fixtures.

Bullets had to come from behind to beat the 13th-placed Lions, who took a surprising lead 25 minutes into the game despite being on the receiving end as Bullets attacked and created chances.

Alick Lungu, Hassan Kajoke and Babatunde Adepoju were on target to give The People’s Team maximum points.

Pasuwa thought his charges decided to relax and allowed the visitors to settle down before staging the comeback.

“Again, a game that we talked of attitude and also the mental aspect of it. Last week we played Wanderers and we won and these boys took it to say the game will be easy but again there is no small team in the Super League. The moment it is called Super League it shows that for each and every team that comes we need to be ready for it.

“It is the attitude that made us miss so many chances. We created a lot of chances but we couldn’t bury them. Then we went one down as we were failing to also defend crosses. It was lack of communication among defenders at the back and yeah, they sorted it out and ended up equalizing and getting the other two goals for us to take the three points.”

Pasuwa, who rested some of his players, was quick to admit that his boys need extra talking to avoid a repeat of what happened on Wednesday, saying winning the league is far from over.

“We rested some of the guys today because they have been playing week in, week out, but then we still need to sit down with the rest of the players to avoid a repeat of what we have seen today. In football, you can’t say it’s over when you haven’t played first. You need to play first, get the results and say it’s over, otherwise, the race is still wide open and we haven’t won the league yet.

“We need to teach them so that they learn to avoid complacency going towards the final matches of the league and possibly they will get this so that they catch up and continue performing for the club,” he expressed.

The tactician also reiterated that he will continue rotating the squad as one way of managing his players with the congested schedule of fixtures.

“Changes will come because of the number of games we are having. Remember also that recovering is also part of our training sessions and by doing so, these guys will come fresh and you can even see how Babatunde improved the team with his intensity when he came from the bench and scored our third goal, so we need to manage them so that we keep getting the better out of them, especially at this crucial stage of the season.”

The latest victory sees Bullets opening up an 11-point gap over the second-placed Kamuzu Barracks, who have played two games more than the log leaders.

The next assignment is another home tie against Civil Service United on Sunday before travelling away to Sable Farming on Wednesday next week.

Bullets have 55 points from 21 games and remain the only unbeaten side in the top-flight league.