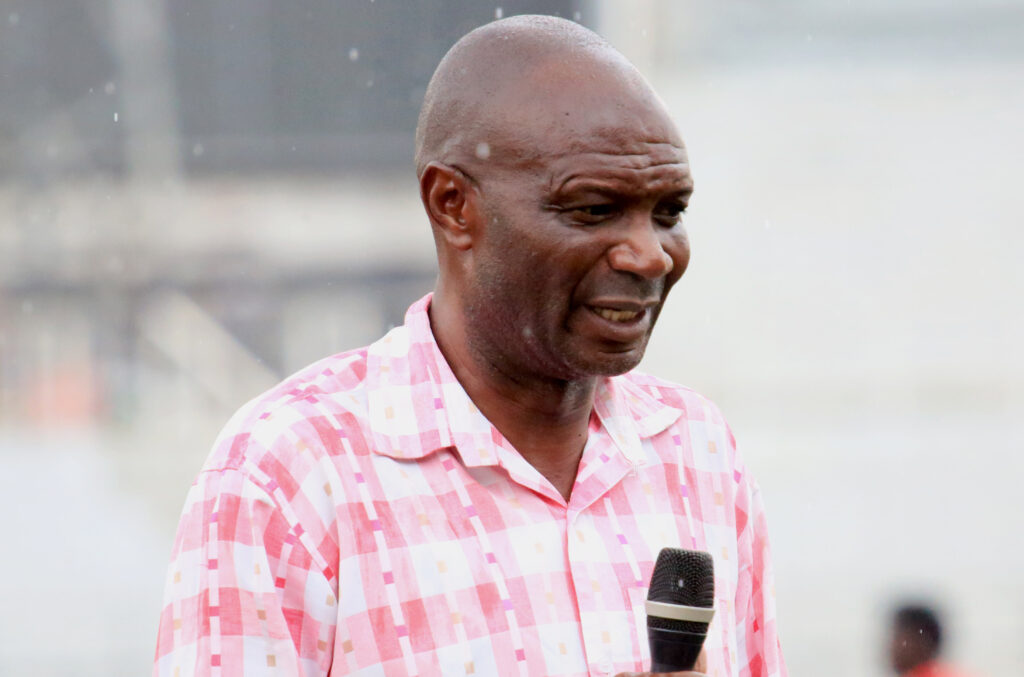 Kalisto Pasuwa was pleased with his Nyasa Big Bullets’ fierceness in the 7-0 demolition of Karonga United in the Airtel Top 8 Cup quarterfinal first-leg tie played at Kamuzu Stadium on Saturday afternoon.

Coming straight from our first defeat in domestic competitions this season with a 1-0 loss to Mafco in the TNM Super League last week, The People’s Team put on a superb show to smash the opponents mercilessly to set a new record of the highest scoring match in the Airtel Top 8 competition since its inspection in 2017.

The head coach was all over the moon with the outcome of the match ahead of the second leg tie which will be played away up North in three weeks.

Reacted Pasuwa in his post-match interview: “We were very aggressive and hungry and we took our chances. It was also a great result after what happened last weekend when we lost our first league match this season, so I am very happy with the response from the boys.”

Providing his analysis of Bullets’ performance back at Kamuzu Stadium, Pasuwa said his charges went for the kill and made life very difficult for their opponents, who could not play.

“We were keeping the ball away from the opponents and the boys were very offensive starting from the first minute when we were denied by a post and this showed [our] attacking intentions,” he commented.

The People’s Team struggled with a bumpy and dry pitch last Sunday, something which the Zimbabwean attributed to the loss at Dedza Stadium, but he was happy with how his wingbacks added numbers in attack on Saturday afternoon, saying it’s “always good” to see his plans working.

“Last week, we struggled because the pitch was bumpy but you see my team builds up with patience and when they are building up, it means my wingbacks should be moving up, something which we couldn’t do at Dedza because the pitch was bad, but today [we were] very positive and from the start, you saw them moving into the opponents’ half attacking. We had more offensive options because of them [wingbacks Gomezgani Chirwa and Precious Sambani], so it’s always good when you see them putting my plans into action.”

But the tactician was quick to warn his charges to forget about the result and focus on the return leg which he anticipates “will be tough”.

“Not an easy match in the return leg because they will be at home and they will come hard on us. As Bullets, we play any game as it comes and Karonga United always give us tough times [when playing at home], so my players should celebrate after playing that game.”

Lanjesi Nkhoma grabbed a brace for Bullets on Saturday, with the other strikes coming from Anthony Mfune, Babatunde Adepoju, Stanley Billiat, Henry Kabichi and Precious Phiri.

Pasuwa and his Bullets will travel to Karonga for the return leg on 26 November.