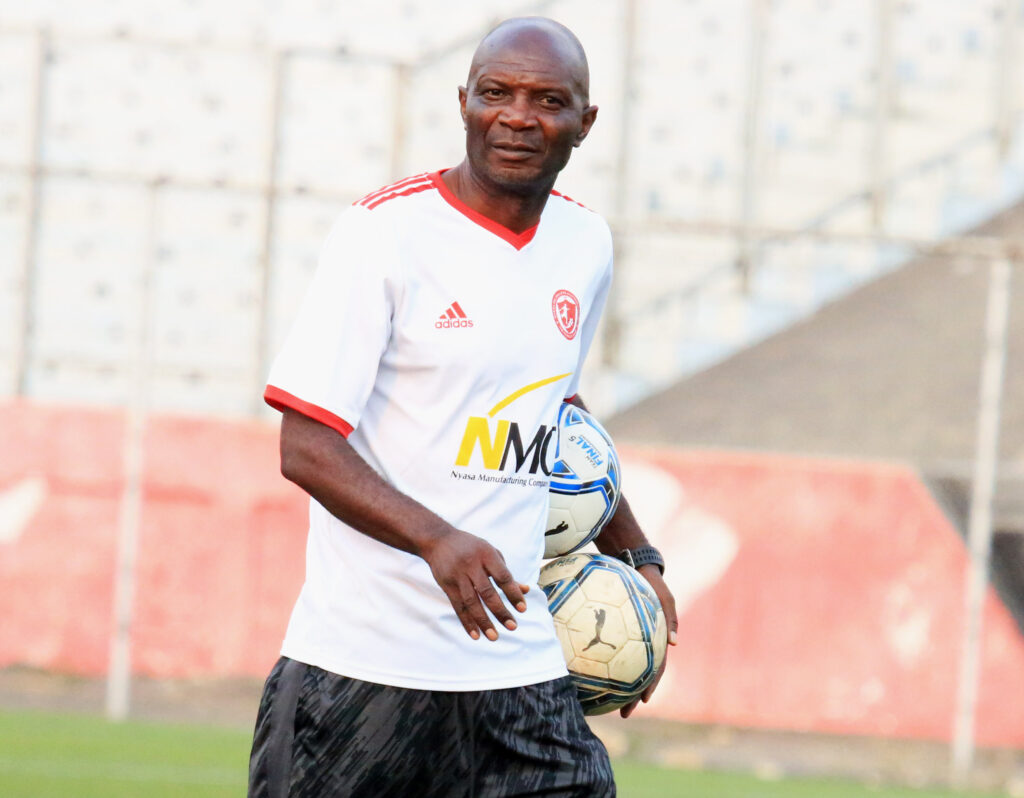 Speaking to club media during the team’s final preparations in Blantyre on Tuesday afternoon, Pasuwa disclosed that five of his regular players will not be available for the midweek tie, describing the situation as “difficult” but inevitable due to congested fixtures.

“The last game we played [against Blue Eagles on Saturday] we substituted Patrick Mwaungulu and Precious Sambani due to ankle and knee injuries, we have Chimwemwe Idana who has an ankle injury, Gomezgani Chirwa is also out of this match,” he revealed.

“I have also picked players who are having minor injuries [as cover tomorrow]. The situation is difficult for us, but we have to adjust and do the job without regular players because games will keep on coming and it’s beyond us. What we need is the ability to withstand pressure and collect points,” said the coach.

With games coming thick and thin, players’ rotation will be the order of the day. Pasuwa believes some players who have not been playing regularly this season have done well at the expense of regulars who would miss matches due to injuries.

Captain John Lanjesi, who was on the bench at the weekend, is available for selection. Alick Lungu, Isaac Badu, Thomson Magombo, Righteous Banda, Eric Kaonga and Mphatso Magaleta, who have not played much in the ongoing campaign, also have the opportunity to be featured against the Chiradzulo-based side.

“We had some of them last time we played and they performed very well, but also we have a few individuals who need to pick up and I have been trying to talk to them that we registered 30 players and we wanted everyone to be taking part in the season since the day we started, but now, we have some who would relax and label themselves as a bench warmers, something which is not acceptable because we need each one of them to play for this club because they are here to play for this team.”

The Zimbabwean mentor, who is chasing his fourth straight TNM Super League title with The People’s Team, also commented on suggestions that Bullets could win the league without tasting defeat.

The defending champions, who have 58 points from 24 games out of 30 played, are top of the standings with an eight-point gap over the second-placed Blue Eagles and a massive goal difference, but Pasuwa says he does not think his team will go the whole season unbeaten.

The People’s Team lost four matches in the previous season, with their first defeat coming just after two games, but with six games left to play, many would feel the team has got what it takes to defend the title without defeat.

“Not as much and when we are training these boys at times, they are told to see the other side of it, whether the good or the bad part of it. If you are a player who is always winning each and every match, the day you will be beaten it will be very difficult for you to adjust so we need also to prepare them to accept each and every result that will come on that particular game and having said this, we are not targeting an invincible season, we can be beaten any time because that’s part of the game.”

Facing a side which is struggling to move out of the relegation zone with few matches remaining can be very tricky for Bullets and Pasuwa anticipates a highly charged opponent on Wednesday.

“[It will be] a game which will not be easy for us. We are playing them at a time when they are striving for points to survive relegation and they will definitely come hard on us. I don’t know how, but they will make our life very difficult and we need to concentrate throughout the game to avoid what has been happening [in our recent games] whereby we are able to take a lead but we can’t hold on to our lead or we are scored and then we try to come back.

“We have been trying to psyche them [players] up because mentally they are loaded due to more games played within a short period of time.”

A win for the Bullets will stretch their unbeaten run to 25 games this season and they will inch closer to the championship.

The first-round match between the two teams ended 1-0 courtesy of Babatunde Adepoju’s strike from the spot.