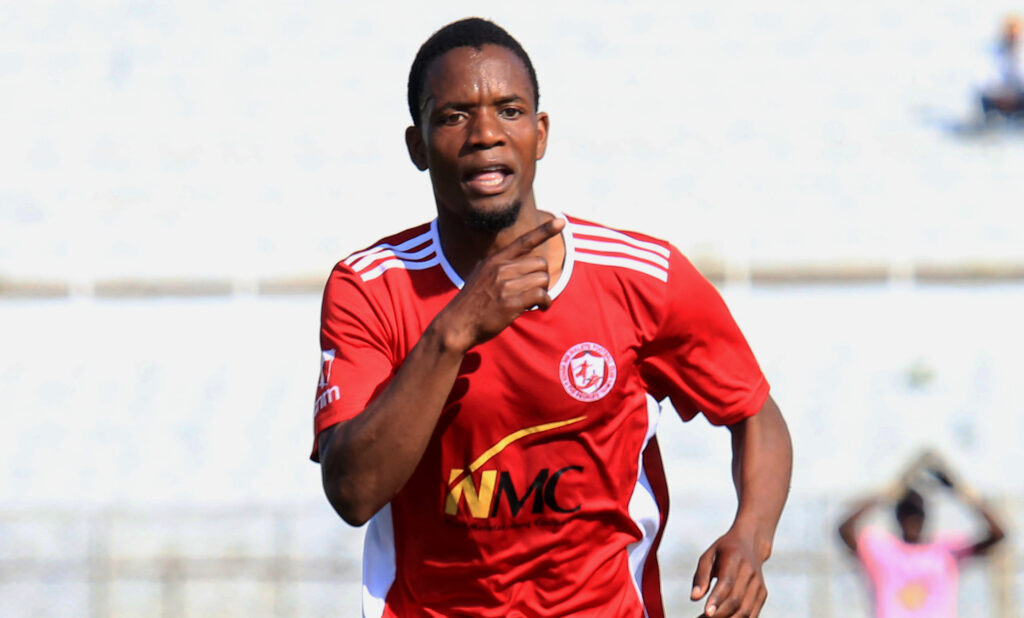 Once again, our domestic dominance proved to be very much a collective effort with every member of Kalisto Pasuwa’s squad playing a special role.

It was a season in which even the Nyasa Big Bullets coach did not have big ambitions of winning silverware following his rebuilding project.

Pasuwa’s new project commenced after releasing eleven members of his playing team at the end of last season after defending the TNM Super League for the third year in a row.

The People’s Team had also lost centre-half Charles Petro and attacker Peter Banda to FC Sheriff Tiraspol of Moldova as well as the number 10, Mike Mkwate, to South African side Polokwane City.

But months down the line, Bullets retained the Charity Shield, and the TNM Super League title won the FDH Bank Cup and reached the final of the Airtel Top 8 Cup.

One of the top performers in the just-ended season was Ernest Petro, who defied all odds to become Pasuwa’s most reliable bullet in the success of our mission in the 2022 campaign.

Petro’s first experience in the top-flight league with Bullets may not have gone as planned, especially in the first two seasons after he got promoted from the reserve team. But that did not stop him from working hard to establish himself as one of the most improved and reliable players for The People’s Team in years to come.

Under Pasuwa’s guidance, Petro, who earned his promotion in March of the 2017 season, has been given the freedom to roam dangerously between the lines and has since taken full advantage of it. The central attacking midfielder regularly drifts onto the left and right wings and has since become an elite creator, helping serve as the driving force in one of the best attacks in Malawian football.

Many doubted his abilities to fill the gap left by Mkwate and he indeed struggled to take off, but the midfielder had kept something for his doubters as he contributed immensely to Bullets’ 2022 success.

The 24-year-old’s evolution into one of the most important players this season comes nearly five years after a disappointing start to his Bullets career that saw him failing to even make it into the match-day squad.

But that was the beginning of what would be a great journey for the Bullets Reserves product. Soon after Mkwate’s departure, Bullets fans had no idea who would fill his boots, despite Petro adopting his No. 10 shirt, creating further doubts amongst fans if he was indeed the right one for the role he was about to get.

And just like that, he rose to the occasion and established himself as the main man in the middle of the park, playing alongside Chimwemwe Idana, Henry Kabichi and Frank Willard.

Asked what has been the secret for his resurgence, the soft-spoken midfielder said, “hard work”.

“I have always wanted to play for the main team and when I struggled to break into the first team, I never gave up and told myself to keep pushing. Yes, it was painful to be on the terraces and watch my peers playing week in and week out, but I knew my time would come.

“I was determined to prove all my doubters wrong and this season has been the year in which I enjoyed my football and saw my game improving, so I am happy that things are now working for me,” he told club media in an exclusive interview.

In the just-ended TNM Super League season, Bullets scored 69 goals and even though his goal-scoring rate wasn’t much compared to fellow midfielders, Petro was involved in the majority of the chances created and goals scored.

His drive, determination and the ceaseless quest to improve have epitomized Bullets under Pasuwa and the midfielder has been at the vanguard of our remarkable success under the Zimbabwean tactician who kept his faith in the player.

“When I got the number 10 shirt, I knew about the responsibilities ahead and filling the gap left by Mike wasn’t easy because he is a top player and the role of an attacking midfielder is quite huge because it drives the team forward in attack.

“But I told myself to focus on the future and get the better out of myself, so it wasn’t difficult for me to come in and make a difference. After all, a shirt is just a number, but what you offer is what matters most,” explained.

But few would deny that Petro’s ultimate display came late after he earned his promotion to the first team under the then Nsazurwimo Ramadan, but the midfielder says he was not disturbed when people started questioning his abilities to play for such a big club.

“It wasn’t easy to hear people questioning if I was the right person for the club, but it made me stronger. I had to fight hard to prove my doubters wrong and I ensured that I gave it all during my training sessions so that I fulfil my dream of playing football at the highest level in Malawi. Slowly but surely, things started working for me and when I was given a chance to play, I grabbed the opportunity with both hands,” he continued.

Very rare in football does a coach give youngsters more time for them to start adapting, especially at a club like Bullets which demands results, but Pasuwa, who might have at some point considered looking for Mkwate’s replacement and possibly loaning out Petro for more game time, kept faith in the player, something which the midfielder says was a turning point in his career.

“I owe my coach everything because he kept faith in me at a time when pressure was mounting on him to find a replacement for Mike [Mkwate], but he always came to me and encouraged me to never give up. I remember there was a day he came to me and said, ‘but look, Ernest, I see a very talented player in you and I want you to play without fear once I throw you in, you can do it’. And this was the turning point because those words gave me hope and made me realize how he [Pasuwa] considered me one of the important players for the team. So, whenever I am playing, I always see a father in him, who always wishes his children the best in life. He is the reason why I am improving.”

And in a separate interview, the coach said about Petro:

“What can I say? He has been phenomenal. He is a top baller whose gap is huge when he is not playing. He has always been a guy who is so generous and has the sense to make an assist, but I think this season he had the sense to be prolific and create spaces for fellow attackers. I like how he has worked hard this season. He has contributed a lot to our success and I am looking forward to more from him,” commented Pasuwa.

Vice-captain Precious Sambani said it’s a joy to play with the midfielder.

“If you give him space, whether he is scoring or not, he will find a way to cause serious problems. When you contribute immensely to your team which is playing the way you are playing already, anything is possible and if he comes on the pitch like that the rest of the players will follow and he is a joy to play with.”

Another aspect of Petro’s game that is often overlooked is his discipline and composure. Across a demanding and high-pressure domestic campaign, he picked up just one booking.

In the just-ended season, Petro scored a goal each in the TNM Super League and the Airtel Top 8 Cup. He provided five assists to inspire The People’s Team to a successful season.

A champion in every sense of the word!