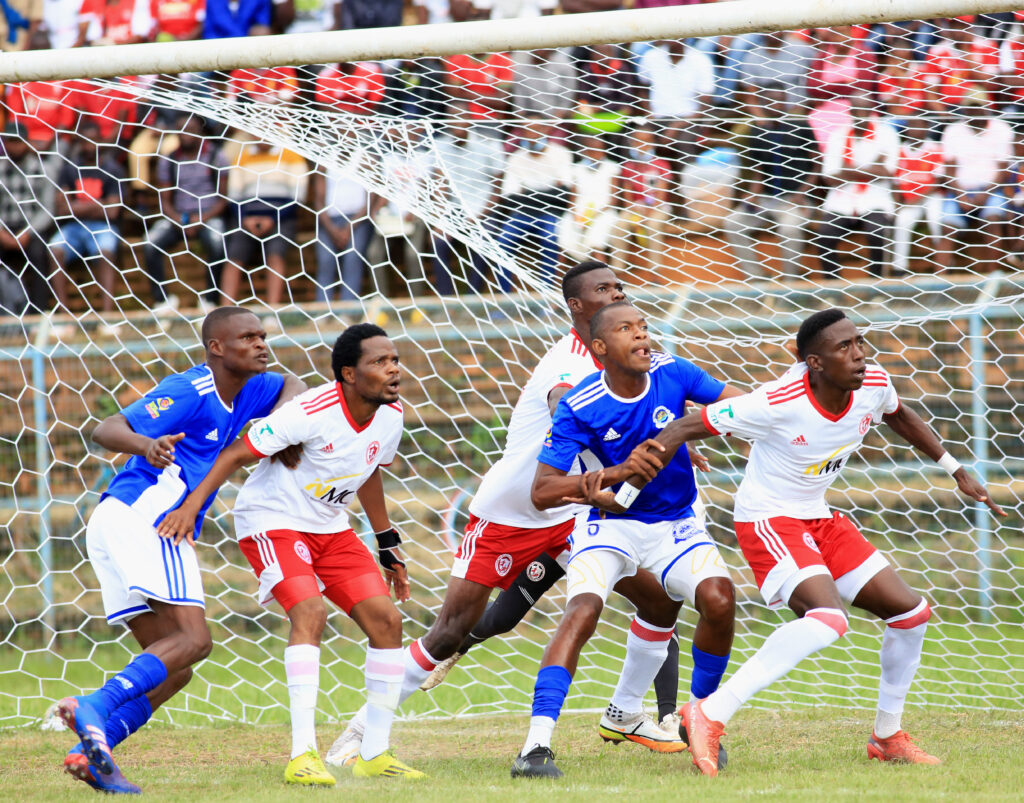 The defending champions and the second-placed Eagles are separated by eight points, with Bullets leading the standings with 57 points whilst the Lilongwe side has 49 points from 23 games.

Victory for Kalisto Pasuwa’s side will give The People’s Team an 11-point lead with seven games to go and a win for Eagles would reduce the gap to just five points.

The visitors have to be at their level best if they are to overcome Kalisto Pasuwa’s men, who are yet to taste defeat in domestic football this season.

And facing Bullets at the Kamuzu Stadium where they have made it a no-go zone for any visiting team, Eliah Kananji’s men have a mountain to climb if they are to keep their title hopes alive.

The two teams have had mixed results over the past three weeks. The People’s Team has had two back-to-back draws for the first time this season and they will be looking to bounce back and possibly end Eagles’ title ambitions.

Bullets defeated Red Lions 3-1 before playing out to a 1-1 draw with Civil Service United at home.

Then Bullets travelled to Lilongwe to play Silver Strikers in their last but one away fixture outside Southern Region and they also played out to a 2-2 draw after surrendering the lead twice in a match where Pasuwa admitted “my boys didn’t play according to how I planned”.

But whenever playing at Kamuzu Stadium, Bullets fans are assured of a result and the worst possible outcome of the game would be a draw, something Pasuwa would want to avoid going towards the final matches of the 2022 campaign as he eyes his fourth consecutive league title at the helm of The People’s Team.

As for Eagles, they have managed to collect six points out of the possible nine from their recent three fixtures.

In their last two outings up North, the Area 30 cops registered a 2-0 victory over Rumphi United, before they succumbed to a 1-0 defeat to Ekwendeni Hammers. This result saw Bullets opening up an eight-point lead in the title race.

If Eagles had collected maximum points away in the North, with Bullets dropping four points in two games, the gap would have been reduced to four points before Saturday’s showdown and Bullets would have played under pressure to avoid a repeat of what happened last season when they brought back Mighty Mukuru Wanderers and Silver Strikers into the championship race after dropping points to Moyale Barracks, Mzuzu Warriors and Mafco.

But this eight-point gap means Kananji’s side has an uphill battle and knowing how dangerous Bullets are when playing at home, they will need more than a miracle to upset the reigning champions in the title race.

In 2019, the two teams met when both were in the title race. Bullets emerged winners with a comfortable 4-0 victory and eventually ended the visitors’ championship ambitions as they fall behind in the pecking order.

Three years down the line, they meet again in “a title-deciding match” where the winner, if it’s Bullets, will likely edge closer to their title defence and if it’s the Eagles, we will be assured of an entertaining end to the 2022 TNM Super League season.

The previous meetings between the two teams saw Bullets recording more wins than their opponents.

The People’s Team has had nine wins from which they scored 17 goals in 17 meetings since the 2013 season whilst Eagles have three wins, with five matches ending in draws.

In 2013, The People’s Team registered a double over Eagles when they beat them 2-0 in the first round in Lilongwe before completing a 3-2 win in the reverse fixture at Kamuzu Stadium.

In the 2014 season Bullets won 1-0 in Lilongwe before playing out to a 1-1 draw in the second round in Blantyre.

Eagles’ biggest win over Bullets came in the 2015 season when they recorded a 3-0 win at Nankhaka Stadium,  in a match where Bullets had already won the championship. The first-round encounter between them ended 1-1 at Kamuzu Stadium.

The following season Bullets collected four out of the possible six points over Eagles, beating them 1-0 in Blantyre before a 1-1 draw in Lilongwe in the reverse fixture.

2017 saw the two teams sharing three points each as Bullets won in their first meeting with a comfortable 3-0 margin before losing 2-1 to the Cops in the return match.

The People’s Team did a double over Eagles in 2018 when they registered 1-0 victories in the two matches.

2019 saw Eagles winning the first-round match 2-1 before they got hammered 4-0 by Bullets in the final fixture played at Kamuzu Stadium in a season Pasuwa went on to win the title at the expense of rivals Wanderers, who had surrendered an 11-point lead to the red army.

In the 2020/21 season, Bullets and Eagles met in the opener at Kamuzu Stadium and the points were shared following a goalless draw, before the Malawi champions went on to win the reverse fixture 1-0 at Nankhaka Stadium.

In the ongoing campaign, the first-round match ended 1-1 in Lilongwe after Bullets came from behind through Babatunde Adepoju to cancel John Malidadi’s first-half strike at Area 30.

Unlike Bullets, who have won at Nankhaka Stadium before, Blue Eagles are yet to register a win at Kamuzu Stadium.

The People’s Team will welcome back captain John Lanjesi, Richard Chimbamba, Alick Lungu and Hassan Kajoke, who were not available last week. But Yankho Singo remains sidelined as he is still recovering from an injury he sustained two months ago.

Anthony Mfune (Bullets): Nicknamed ‘Sniper’, the forward has been a revelation this season in the top-flight league and has had a hand in two of his side’s last six goals. Mfune is mainly utilised on the right side of the attacking third, where he has caused problems for defenders with pin-point balls into the box as well as clever runs on the flank and was on target against Civil Service United and Silver Strikers last week.

Gaddie Chirwa (Eagles): The winger has played a vital role in the Eagles’ title ambitions this campaign, scoring six goals and providing several assists. His pace, skill and ability to open spaces for fellow attackers is the reason why the Area 30-based side is still challenging Bullets for the title and has always performed well against The People’s Team.

In the 2020/21 season, he tormented the Bullets’ defence throughout the match at Kamuzu Stadium. The hosts survived the scare through Ernest Kakhobwe’s heroic performance, which saw him producing saves to deny the Cops all the points in a game they dominated. On a good day, Chirwa is someone who can guarantee his team all the points and if left unmarked, Bullets will have a rude awakening in front of their home fans.