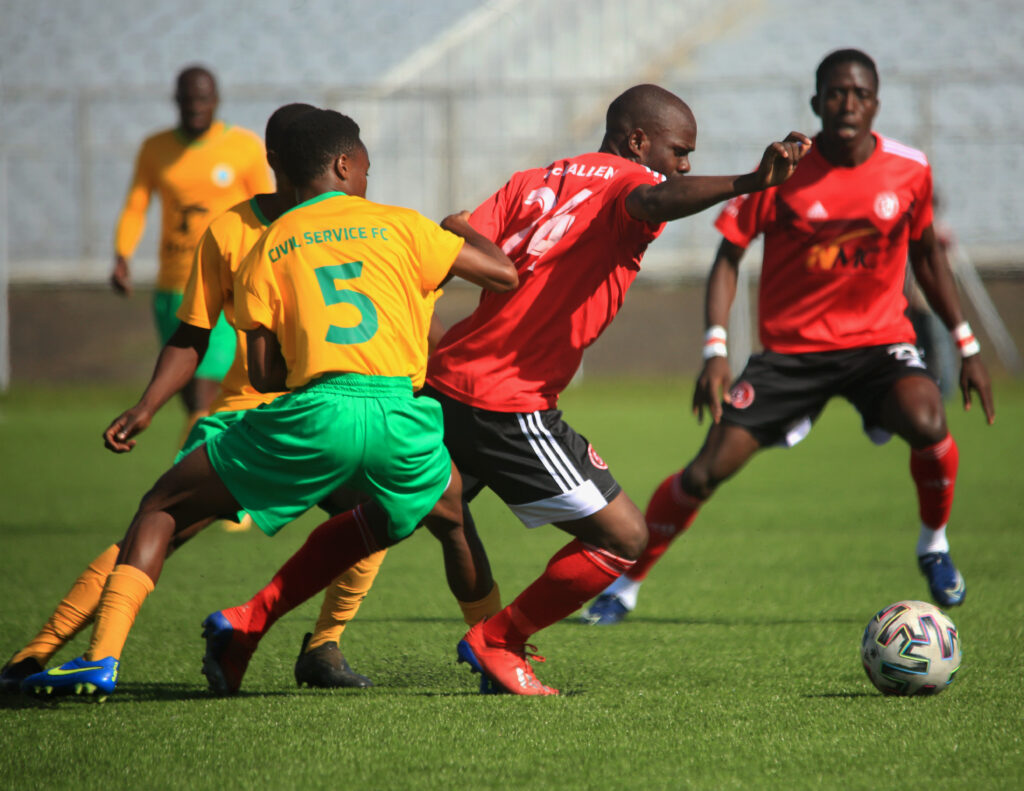 Nyasa Big Bullets return to Kamuzu Stadium on Sunday afternoon for another TNM Super League encounter against Civil Service United as they look to maintain their unbeaten run in the 2022 campaign.

Maule will welcome the Lilongwe side four days after defeating Red Lions 3-1 at the same venue to take their unbeaten run in the domestic league to 21 games.

The People’s Team has won 17 matches and drew four to amass 55 points in the quest for a fourth consecutive league title.

Winning on Sunday will surely take the Malawi champions closer to their 16th league title as they comfortably sit at the top of the standings. The gap between themselves and other seasoned campaigners is quite big.

Bullets head into this fixture on the background of two successive wins in all competitions, having hammered their bitter rivals Mighty Mukuru Wanderers 4-0 before cruising past the lions from Zomba.

They remain unbeaten and their overall performance this season has seen them scoring 49 goals, the only highest-scoring team in the 16-team standings.

In the last two games, Kalisto Pasuwa’s side has scored seven goals from which they just conceded a single goal.

But they are meeting a side which has had mixed results in the ongoing season, with their latest result being a 2-2 draw with Moyale Barracks, which saw them drop to 9th position with 28 points from 23 games.

The Servants, who will not participate in this year’s Airtel Top 8 competition after finishing outside the top eight in the opening round of this campaign, will now be looking for a better position having failed to do well in the first quarter of Malawi’s top-flight football.

However, they have to do this from their remaining seven games and their next assignment is crucial against the most difficult side to face, especially when playing at home.

Bullets have a better record against Sunday’s opposition and this record ranges from the past ten years in which Franco Ndawa’s side has never beaten The People’s Team in league assignments regardless of where they meet.

Last season, The People’s Team won 2-1 in the first round before recording another win with the same margin in the reverse fixture.

In the 2019 season, Bullets hammered their opponents 6-0 at their base in Blantyre before winning 1-0 in Lilongwe.

In the first round of this season, Bullets were 1-0 winners over the Servants in a match that ended with goalkeeper Rabson Chiyenda receiving a red card in the 90th minute but held on to collect maximum points with Ernest Petro finishing the game between the posts.

The champions head into this match with a 100 percent winning record over the Franco Ndawa side, which has scored 22 goals while conceding 20 from five wins, thirteen draws and five losses.

Changes are to be expected in the Bullets line-up as the rotation has been the order of the day since the start of what has been a busy schedule for The People’s Team with the involvement in three competitions including the TNM Super League, FDH Bank Cup – now in the final – and the CAF Champions League in which they exited in the first preliminary round.

This has left Bullets’ medical team with several players to assess following a couple of physical battles over the past weeks, where the likes of John Lanjesi, Ernest Petro, Alick Lungu and Precious Sambani, who had light training on Tuesday, are the fresh injury concerns.

Midfielder Yankho Singo is still recovering from his ankle injury and he is likely to continue being sidelined for the remainder of the season.

On the other hand, the opposition will welcome their striker Christopher Kumwembe, who has been on the sidelines due to injury.

Patrick Mwaungulu (Bullets): Equally adept in winning possession in the midfield and transitioning into wide positions to link up with the forwards, Mwaungulu continues to be a crucial part of the Bullets puzzle and heads into Sunday’s game on the back of yet another solid showing against Red Lions midweek.

The 20-year-old has shown maturity beyond his years since earning promotion from our reserves, with his football brain probing crucial to The People’s Team’s cause. On Wednesday, he provided two assists, taking his assists tally to 16. Voted Man of the Match against the Lions, Mwaungulu is likely to play another vital role against the Servants.

Bashir Maunde (Civil): The visitors boast some experience in the midfield in the form of the former Bullets defender-cum-holding midfielder, who was very instrumental when the two teams met in the first round. Along with his defensive prowess, Maunde also has a magical ability to get his base on the scoresheet, whether o from the penalty spot or open play.