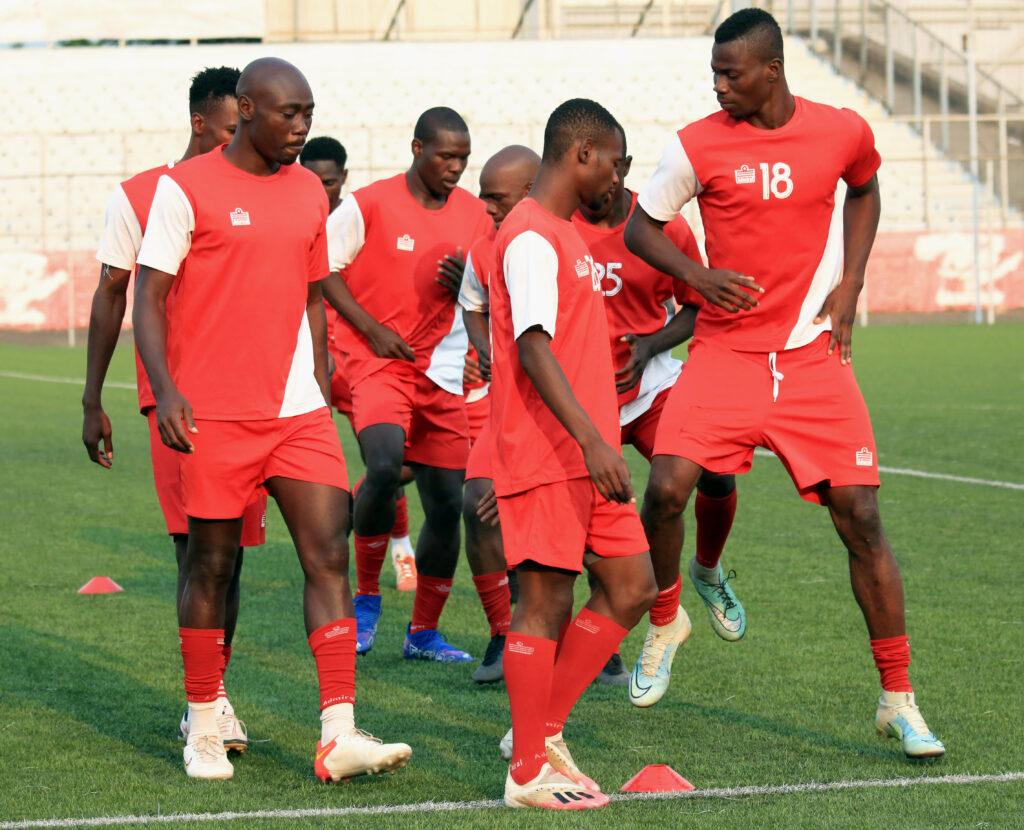 Nyasa Big Bullets will be out for midweek action as they face Sable Farming in the TNM Super League at Kamuzu Stadium this afternoon.

It has been a hectic month of October for the defending champions who will be running out for their third fixture in ten days while their opponents were last involved on the 8th of October.

It will be a game in which Kalisto Pasuwa’s side will be looking forward to bouncing back from three back-to-back draws, 1-1 against Civil Service United at home, 2-2 with Silver Strikers away before being held 1-1 by Blue Eagles at home.

The hosts are heading into this match straight from a 1-0 victory over Karonga United following contrasting results in their previous matches.

On the other hand, in their recent five matches, Bullets defeated Mighty Mukuru Wanderers 4-0 in the FDH Bank Cup, before switching focus to league action, beating Red Lions 3-1 and then settling for three points against Civil, Silver and Eagles.

Regardless of the recent blip, Maule still top the standings with 58 points, eight above their closest challenger, Eagles, from 24 games and a win this afternoon will surely take them closer to their 16th league title and a fourth successive championship.

Visitors at Kamuzu Stadium, Bullets will be desperate to return to winning ways. Still, it could prove an uphill battle against the rookies, who are struggling to move out of the relegation zone with few matches left to play before concluding the 2022 season.

Pasuwa anticipates a tough one as said in his pre-match interview when he spoke to club media on Tuesday afternoon:

“[It will be] a game which will not be easy for us. We are playing them at a time when they are striving for points to survive relegation and they will come hard on us. I don’t know how, but they will make our life very difficult and we need to concentrate throughout the game to avoid what has been happening [in our recent games] whereby we can take a lead but we can’t hold on to our lead or we are scored and then we try to come back.”

The People’s Team will be without some of his key players, among them, Richard Chimbamba, Chimwemwe Idana, Gomezgani Chirwa, Precious Sambani, Patrick Mwaungulu and Lanjesi Nkhoma due to injuries and Pasuwa will use several fringe players against the relegation-threatened side.

The history between the two teams is not much to write about as Sable Farming only got promoted to the Malawian top-flight football from the Southern Region Football League Premier Division in the 2022 season.

Their first competitive meeting in the first round of the campaign was in July and the match ended 1-0 in favour of Bullets, who scored through Babatunde Adepoju from the spot. It was a match in which The People’s Team dominated and created plenty of chances but Sable’s goalkeeper was very outstanding as he produced a series of saves to frustrate the champions, three months after the rookies stunned Pasuwa’s men with a 2-1 win in a pre-season friendly match.

The two teams met again in the FDH Bank Cup round-of-32 at Mulanje Park and Bullets came from behind to beat Macdonald Mtetemera’s men 3-1, courtesy of Lanjesi Nkhoma, Gomezgani Chirwa and Babatunde’s goals after they had opened the scoring through Chifundo Ngapenga.

Sherrif Maida (Sable): The forward, a former Nyasa Big Bullets Reserves player, has been a revelation in his debut season in the top flight and is becoming a household name for the Chiradzulu-based side with his impressive performance. He is pint-sized but has pace, he can dribble and he has no fear of taking defenders down. Against Karonga United, he produced one of his best performances this season to inspire the team to a hard-fought 1-0 victory, a result which gave them hope in the relegation fight. He is surely one to watch on Wednesday afternoon.

Anthony Mfune (Bullets): He is a player in form and with injuries clipping Bullets, he will be needed to step up to inspire the team to a much-needed victory. Also a pint-sized forward, the former Karonga United striker has a combination of both pace and skill and whenever he has the ball on his feet, it becomes difficult for the opposition to tame him. He is gifted with his ability to send dangerous balls into the box and make runs that usually put the opponents’ defence line under siege. He is likely to be a key figure this afternoon.