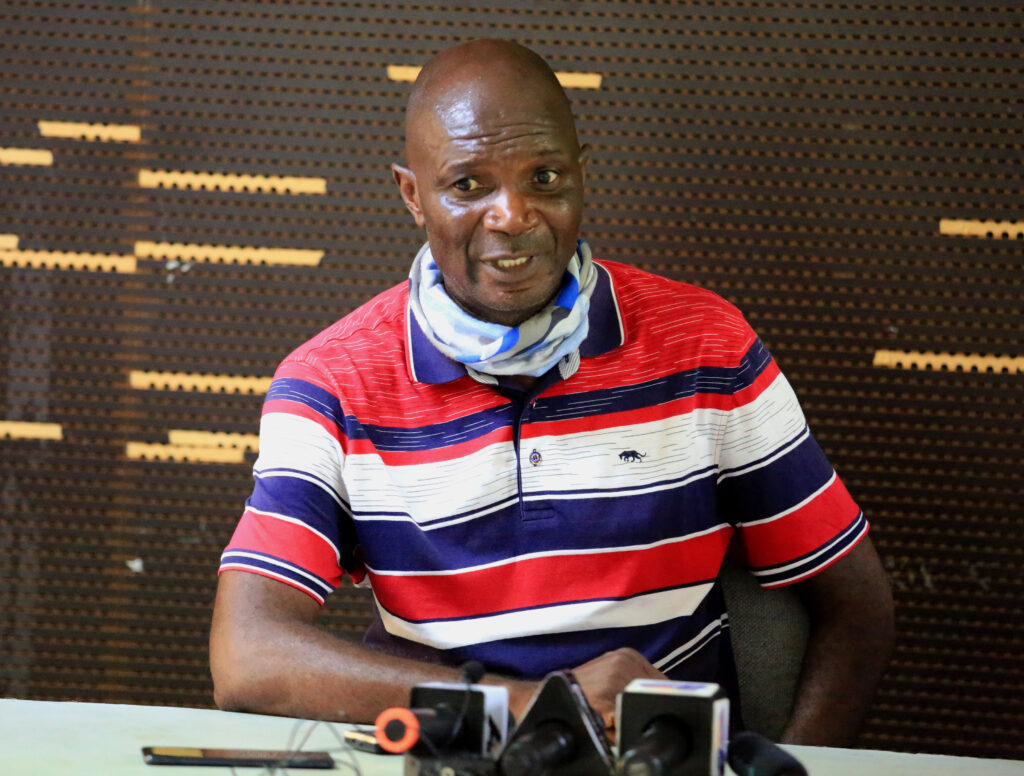 The People’s Team succumbed to their second defeat in the CAF Champions League preliminary first round qualifying match to Simba SC following a 2-0 loss at the Benjamin Mkapa Stadium on Sunday afternoon.

Head coach Kalisto Pasuwa was left disappointed after his side was exposed by the Tanzanian giants, especially in defense, which saw Zambian forward Moses Phiri netting a brace to send Simba into the second qualifying round.

Speaking to the media after the defeat in Dar es Salaam, Pasuwa said the very same mistakes his side committed in the first leg at the Bingu National Stadium, haunted Bullets again in the second leg.

“It was a game of mistakes from transition to the attack. If you saw, we were attacking then we lost possession and they hit us on the counter to score all the two goals. This is something the youngsters need to learn when we play these international matches. There is no room for mistakes, once you are exposed, you are punished and that’s exactly what has happened to us,” he said during the post-match press conference.

On Sunday, Pasuwa made several changes to the squad that lost in the first leg, with the likes of Babatunde Adepoju, Chimwemwe Idana, Richard Chimbamba, Kesten Simbi and Patrick Mwaungulu all out of the first eleven as he handed starts to the likes of Anthony Mfune, Precious Phiri, Alick Lungu, Henry Kabichi, Clever Mkungula, Hassan Kajoke and MacFallen Mgwira.

And when the match started, he made early changes when he pulled out Lungu for Idana and then at half-time he brought on Righteous Banda for Anthony Mfune, whereas Mgwira made way for Babatunde, who also didn’t last as he was replaced by Blessings Mpokera.

When asked what triggered these changes, Pasuwa explained: “Unfortunately my boys were not okay, they were weak and dizzy and I am not sure what they ate, so I was forced to make those changes. We have lost the match and we need to move on from this defeat because every defeat is a learning process”.

This was Bullets’ fourth attempt to make a breakthrough in the CAF Champions League after they were knocked out by Kenya’s Gor Mahia in 2018, Zimbabwe’s Platinum FC in 2019/2020 and South Africa’s Amazulu FC in the 2021/22 season.

The Blantyre derby, the third this season, following the previous two TNM Super League fixtures, will be played at the Bingu National Stadium in Lilongwe on Saturday.