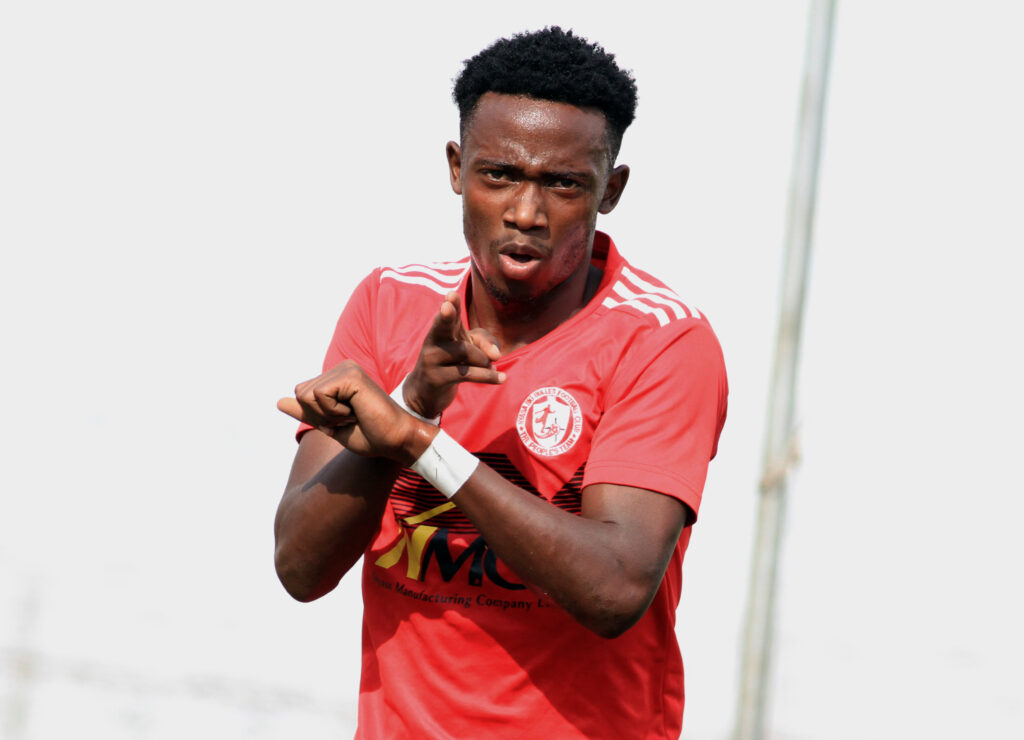 Chikumbutso Salima struck in the 14th minute of the first half before Chrispin Mapemba and Yamikani Mologeni completed the mission for the maximum points with their second-half strikes.

The win now puts our youngsters in a very good position for them to finish winners of their group as they now remain with three games to play.

Inside the opening minutes, the young Bullets could have been two, or three nil up but their wastefulness in front of goal let the visitors escape our attacks without any real casualty.

At the stroke of a quarter of an hour, after their futile attacks, it was when our youngsters found the breakthrough.

With the ball on his feet, Macray Chiwaya made an awesome run from his half to the other before spreading a diagonal pass to Emmanuel Saviel who dashed into the box and laid the ball to Chikumbutso Salima who wrapped up the move with a tap-in.

Trying not to go behind further in the game, the visitors were forced to bring in former Nyasa Big Bullets and Silver Strikers midfielder Ian Banda, who replaced Charles Kamanga in the 22nd minute.

The veteran did not take long before making his impact in the game when he unleashed a decent long-range strike which Joel Ngwira fisted away with equal decency.

Although the hosts had rapid series of attacks and the visitors kept trying to strike back on the break, the first half could only produce a single goal.

At the restart, Enos Chatama replaced Raphick Ndeule, who was having his first-ever competitive appearance for the reserves, with Lyton Chinong’one who was playing his seventeenth Thumbs Up League match this season.

Three minutes after the restart, our youngsters could have gone two nil up but Salima missed from the spot after Saviel won us a penalty kick when he was tripped inside the area.

Following that huge let-off, the Ntaja United mentor Chisomo Kamlanje made four substitutions at once hoping for a fight-back in the game they were largely put on a threshing machine.

The wholesome changes did not bring the desired change for Kamlanje however as our youngsters kept breaking his side’s lines without much ado.

Salima was later presented with another chance to complete his brace but was denied with some heroic goal-line block by the visitors’ defender after goalkeeper Kennedy Nakhamiya was left beaten in the attack.

Soon after that miss, the luck the visitors were riding vanished as Chrispin Mapemba scored with a rocket of his left-footed strike from outside the area on the left flank to double our lead in the 66th minute of the tie.

With three minutes to go, our youngsters hammered the last nail in the coffin when captain Mologeni duly converted our second penalty on the day to make it 3-0 following a foul on Salima inside the box.

It looked like the score-line would remain to the end and that our youngsters were heading for the three points and a clean sheet, but the visitors pulled one back through their defender Hussein Osman a few seconds before the referee, Alfred Kaphanthengo, blew the final whistle.

With this today’s 3-1 victory over Ntaja, our youngsters are now a point behind the current Group 2 leaders, MDF Marine, who have accumulated 44 points from 19 games.

Mologeni’s strike and our third in today’s win was the reserves’ 54th goal of the season in the league in 17 games they have played so far. Hussein Osman’s goal against us today was our 10th for us to have conceded in that same number of games we have played.

“We won it 3-1, the performance was quite so good. It is only that we missed a lot of chances, we could have buried this game by at least seven goals. We missed three clear-cut chances but all in all, it is good that we have three points in the bag and we have to prepare for the next game in the Nyasa Capital Finance Cup.”

What follows after today’s win over Ntaja is a Nyasa Capital Finance Cup quarter-final match against Immigration FC this coming Sunday.