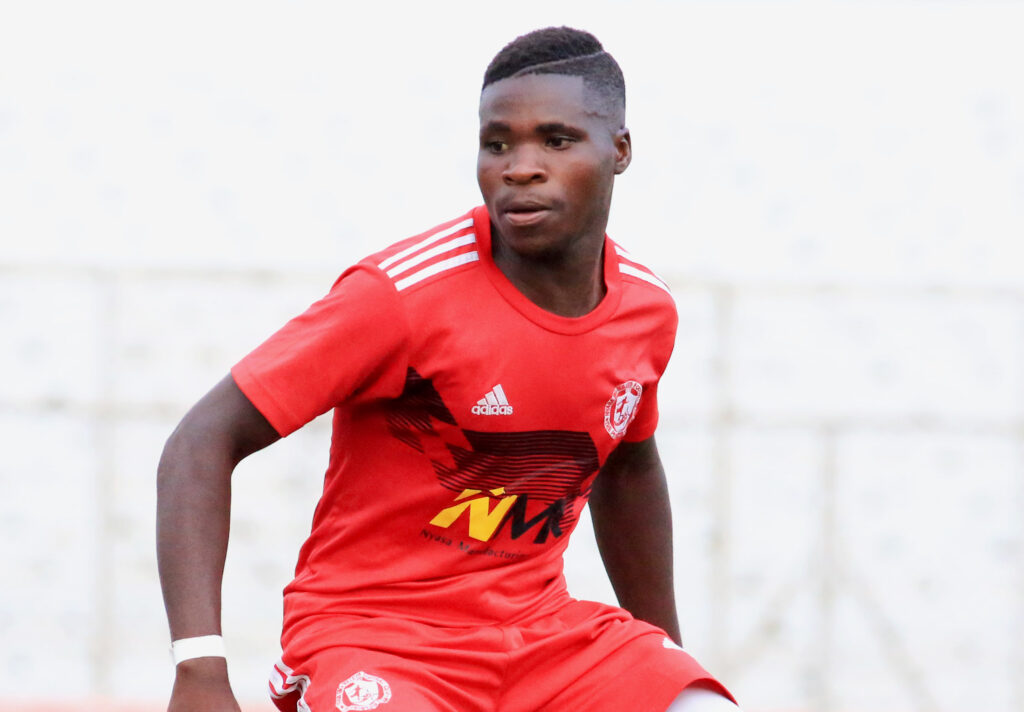 Emmanuel Saviel and Chikumbutso Salima netted a brace each with the other strike coming from Shukurani Goba.

The result means that our youngsters have reclaimed the top spot in Group 2. They are now two points clear of the second-placed MDF Marine who have 44 points from 19 games.

It only took Saviel 48 seconds to open the scoring for the home side when he tapped in a well-weighted Yamikani Mologeni low delivery from down the right-hand side.

The captain was the provider again 12 minutes later when he sent in another lovely cross for Chikumbutso Salima to node home the ball at the far post.

We were three nil up in the 19th minute when Salima volleyed the ball past the visitors’ goalkeeper Francis Mkanda after some magnificent work from his striking partner, Saviel, down the right flank.

Despite grabbing a quick brace early in the game, Salima could not last half an hour as he limped off the pitch in the 27th minute due to a groin injury.

Replacing him was Goba who was having his fourth league appearance this season but proved to be an impactful change as he scored his first-ever goal for the club in the 37th minute to extend our lead to four goals to nil.

With four minutes to play before the break, the visiting team made a double substitution but could not stop our youngsters from having a perfect opening half. 4-0, the opening period ended.

At the restart, Changalume, looking to fight back, substituted their goalkeeper and made further three changes shortly after that.

The changes rearranged them for the better as they now played some promising football and pulled one back 16 minutes into the second half through their talisman, Davie Major, who dispossessed Gift Jossam near the box before striking the ball past Rahaman John.

Encouraged by that goal the visitors started pouring forward with danger as they later forced a flying save from the Bullets Reserves’ goalkeeper before they hit the post.

Nonetheless, in the 73rd minute, Saviel completed his brace from the spot after the visitors’ defender handled Lyton Chinong’one’s goal-bound shot in the box.

That response to the visitors’ second-half resurgence reinstated our dominance in the game throughout the remainder of the match.

The ThumbUp SRFL Group 2 has now a new leader as our youngsters, with Thursday’s win, have replaced MDF Marine in the top position.

Enos Chatama’s boys are now with 46 points while the Monkey-Bay-based MDF Marine are still on 44 points as they await to host our youngsters in their last game.

Much of the talk before the match included Emmanuel Saviel’s bluntness in front of goal but the striker responded well on Thursday afternoon as he smashed a brace and an assist against Changalume to get his league goal tally to 20.

“It was a crucial game considering that we knew that if we win, we will go top of the group. We have won it [and] we are now at the top. It is good for the team as we now only need a point from Sunday’s game against Neno Giants to cement our top position in the group.”

Following this crucial result over Changalume Barracks, the young Bullets will be back at the Kamuzu Stadium on Sunday to host Neno Giants in what will be their penultimate Group 2 fixture before the knockout stages of the competition.